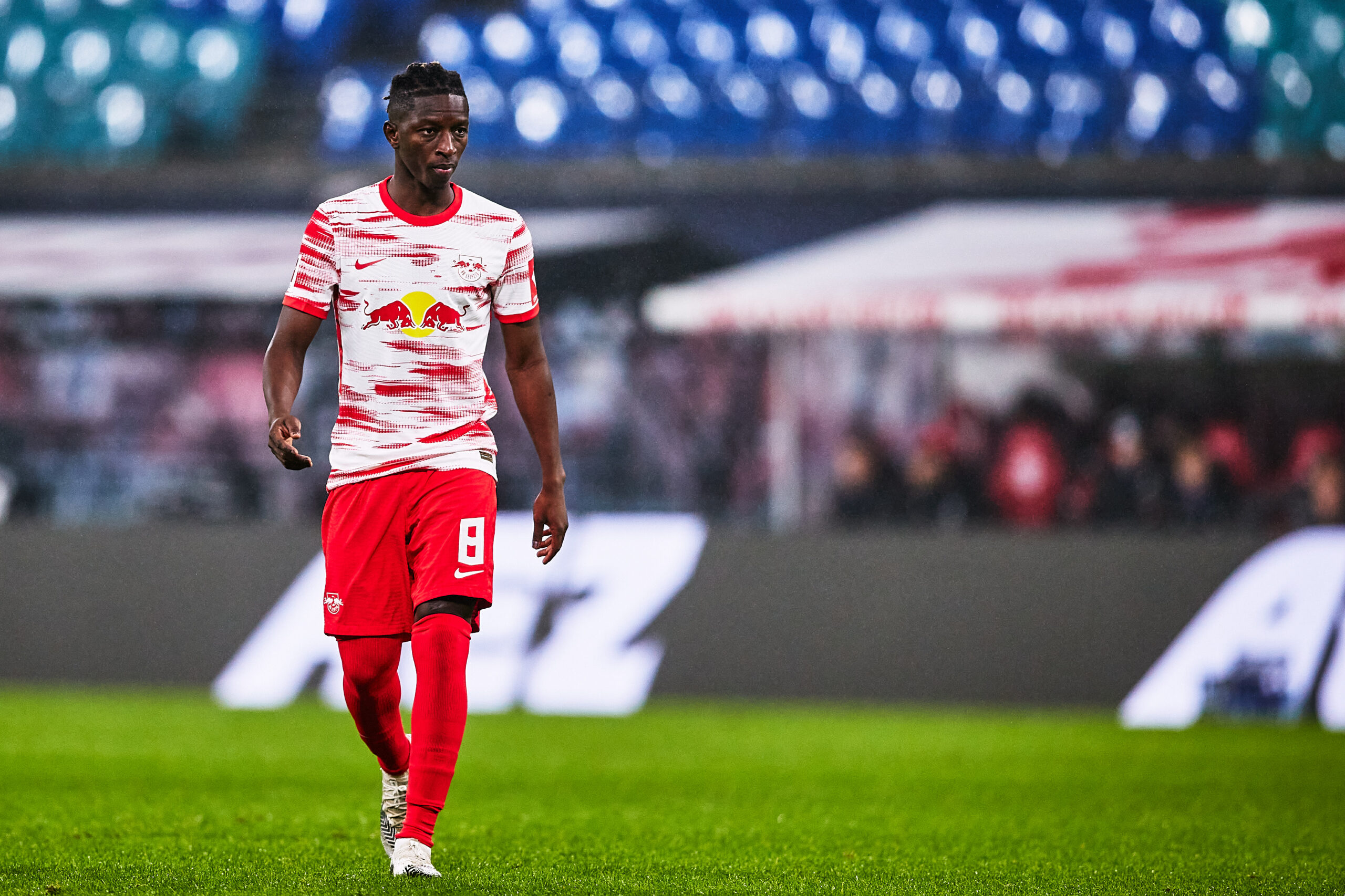 The German tactician is eager to reinforce the club’s midfield department. Haidara has been regularly linked over the past few weeks.

Rangnick wants to bring the Mali international to Old Trafford, but SportBild (via Sport Witness) claims that a deal may not be sanctioned.

The 63-year-old has only been appointed on an interim basis, and it is reported that he is ‘not allowed to wish for anything’.

While Rangnick would like to bring players that suit his ‘pressing-switching-changing tempo’, they may not be ideal for the next manager.

Paris Saint-Germain’s Mauricio Pochettino and Ajax’s Erik ten Hag are the prime candidates to take over, and the former is deemed the favourite.

The Argentine will reportedly want ‘full power’ over transfer dealings despite Rangnick becoming the club’s consultant next season.

Haidara was signed by Leipzig from Red Bull Salzburg in 2019. Rangnick played a key role in the transfer as their sporting director.

The German is now eyeing a reunion with the 23-year-old, but he could be left disappointed with the hierarchy unlikely to sanction the move.

The onus is on offloading some of the club’s ‘expensive players’, but even then, there are no assurances that the midfielder will arrive.

As the next manager may have a completely different philosophy, the club’s chiefs could wait until the summer for a midfield rebuild.

Haidara currently has a €40 million release clause on his Leipzig contract, but that does not become active until the end of the campaign.

Even if United are to back Rangnick, they are unlikely to pay over the odds for Haidara this month. The board often tend to haggle over player valuations.

With Ed Woodward expected to hand over his duties to new CEO Richard Arnold on February 1, there may be no incomings this winter.