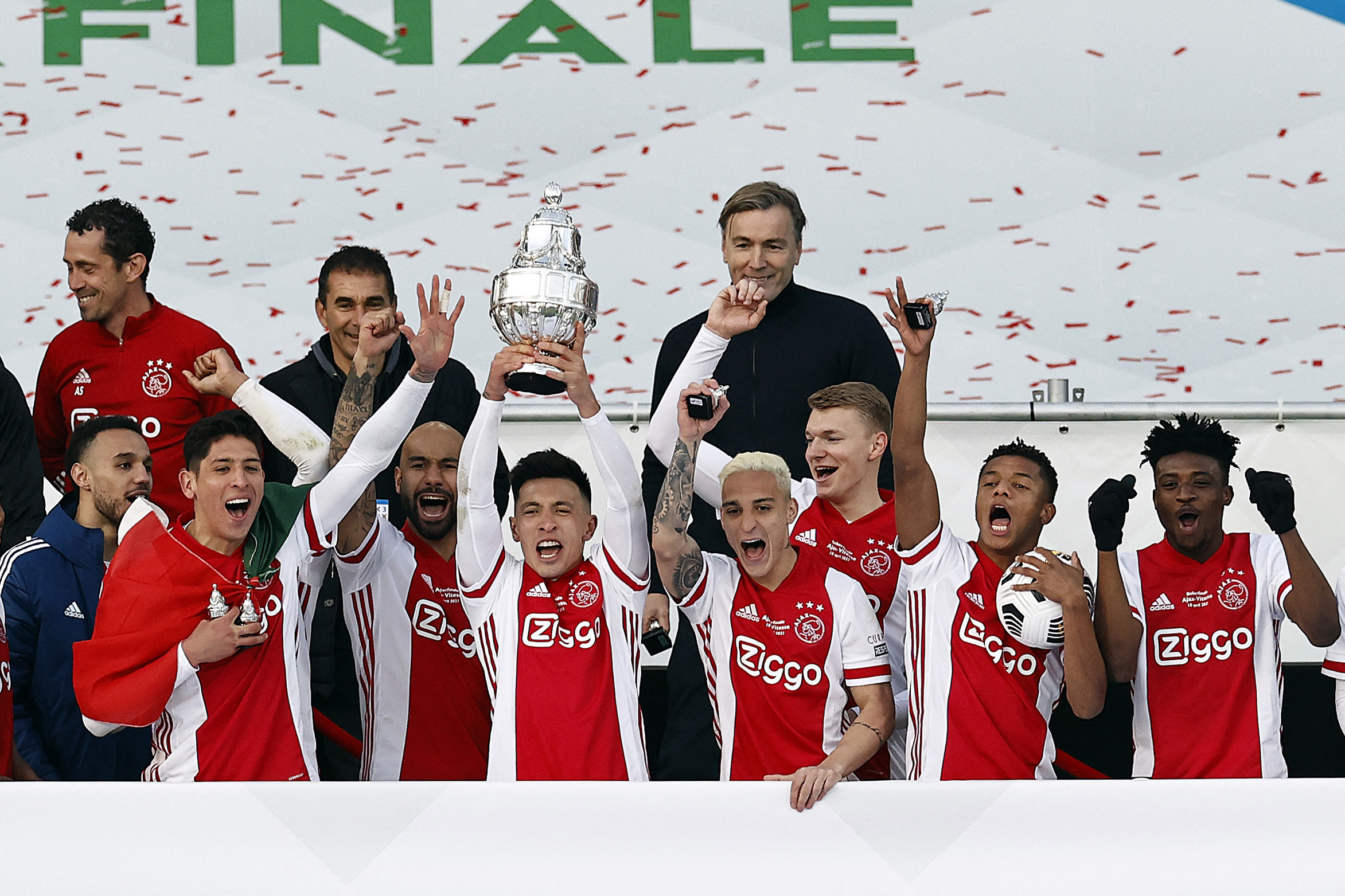 Manchester United may need to pay £130 million to land Ajax duo Antony and Lisandro Martinez this summer, The Telegraph reports.

The Red Devils are currently prioritising a move for Barcelona’s Frenkie de Jong, and it appears they are about to cross the final transfer hurdle.

If they succeed in doing so, the focus could then turn to signing one of Antony or Martinez, but neither player will come cheap for them.

As per Telegraph, United will be told by Ajax that it would cost around £130m to prise away the duo during the ongoing transfer window.

The Dutch champions value Antony between £70-80m while they are eyeing £45-50m for Martinez, who was named their Player of the Year.

For the latter, United are set to face stiff competition from Arsenal, who have already made two bids – the most recent being £34.5m.

United were anticipated to make early signings this summer, but nothing of that sort has happened due to the prolonged talks for De Jong.

Barcelona have been playing hardball over the final asking price, and this has delayed negotiations, much to the frustration of many fans.

United may eventually get a deal over the line, but in the process, they could potentially lose one of their main targets to Arsenal.

There seems no competition for Antony, who is a right-winger by trade. However, the Gunners are in pole position to land Martinez.

While the north London club have already made a couple of bids, United have only held negotiations with his representatives, as of now.

United manager Erik ten Hag has been the catalyst behind United’s pursuit of De Jong, who was a key player under him at former club Ajax.

He may ideally want a reunion with Antony and Martinez as well, but the huge outlay involved could mean that he may have to choose one.

With the Gunners in advanced talks for Martinez, United seem more likely to sign Antony, who would be a superb acquisition for their attack.

The Brazilian would provide the much-needed creativity from the right wing. He made 22 goal contributions from just 32 games last season.