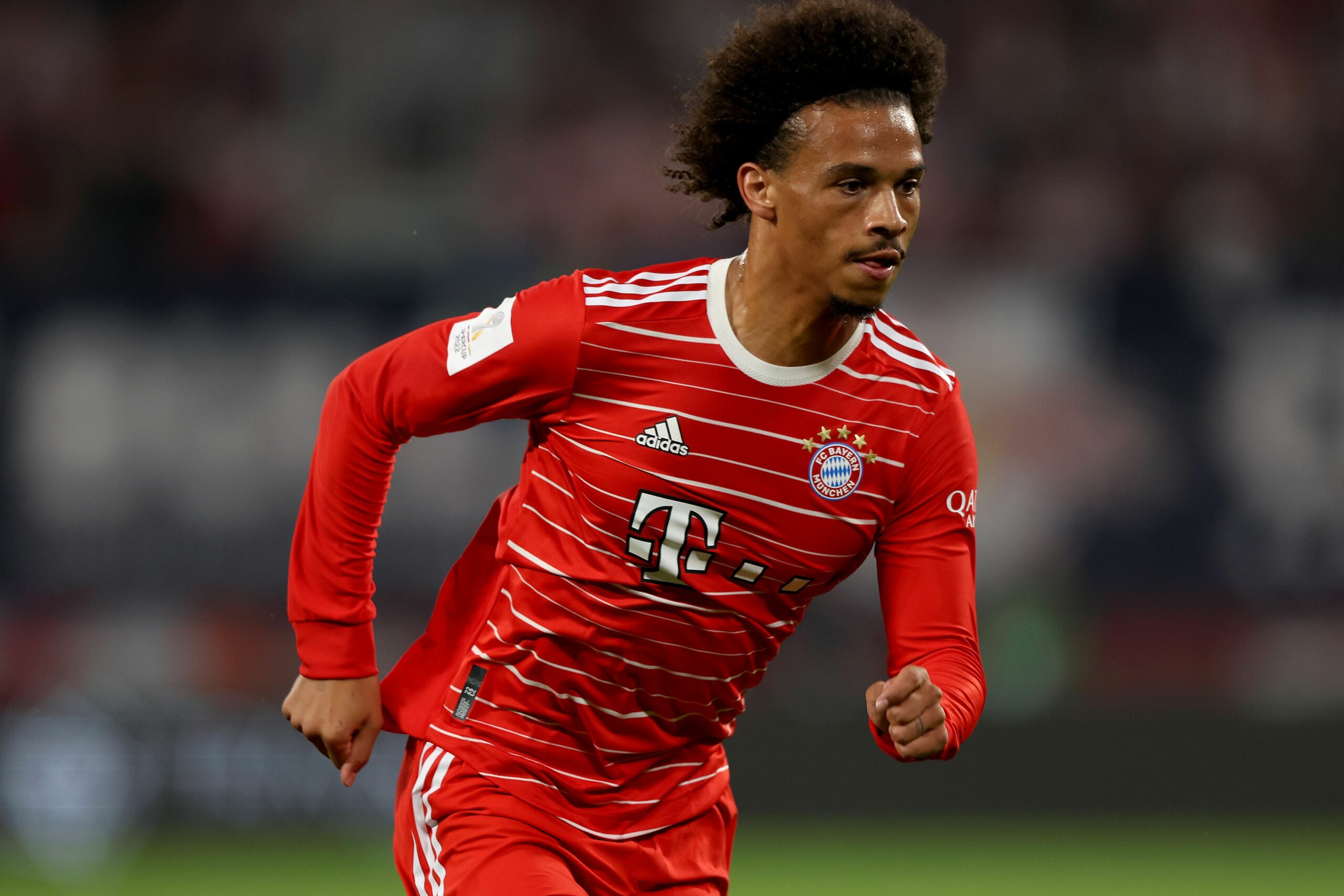 Manchester United have made a surprise enquiry to sign Bayern Munich attacker Leroy Sane following their setback in the pursuit of Antony, The Mirror report.

The Red Devils are yet to bolster their forward department this summer, but they have been linked with a whole host of names over the past two months.

Among those, Ajax’s Antony has been a top target to reinforce their wide attacking options, but a deal seems unlikely due to the hefty £84 million price tag.

Hence, United are bound to look at cheaper alternatives, and The Mirror report that Sane has emerged as a target after Bayern’s purchase of Sadio Mane.

Sane made 29 goal contributions last term, but he was largely in-and-out of the starting line-up.

The lack of assurances of a starting berth could pave the way for his exit, and it is reported that United are now aiming to capitalise with a surprise transfer approach.

Sane would be a superb acquisition for the Red Devils

Marcus Rashford and Jadon Sancho showed signs of improvement out wide during pre-season. The latter has looked more livelier ahead of the new Premier League campaign.

Despite this, manager Erik ten Hag could be eyeing a strong competitor. In Sane, he would have a player that is accustomed to the league after four seasons at Manchester City.

The German should be able to settle in quickly unlike other signings. He would be a nailed-on starter for the Red Devils with his ability to make regular goal contributions.

Sane is currently valued at around £54 million by Transfermarkt. Bayern Munich could be eyeing a similar transfer sum if they are to part ways with the versatile attacker.

The 26-year-old would bring a winning mentality at United, having won four league titles in his career. He would also take some of the pressure off Sancho to perform.