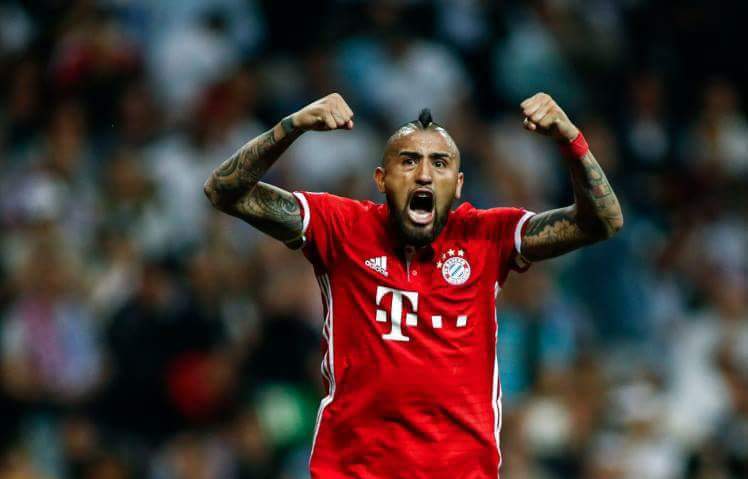 Manchester United were expected to sign two central midfielders this summer following the retirement of Michael Carrick and the expected departure of Marouane Fellaini.

However, the Belgium international put pen to paper over a new deal shortly after we had completed the signing of Fred from Shakhtar Donetsk.

This has left us with six central midfielders on the books – the number we expected Jose Mourinho to head into the new season with, predominately playing a 4-3-3 formation.

So it comes as a surprise to hear that we have made an official approach for Bayern Munich’s Arturo Vidal this week.  The Chilean international has previously been linked with a move to Old Trafford but rumours had died down this summer.

FC Inter News are reporting that we made the approach on Wednesday morning but have failed to clarify whether the approach was to the player’s representatives of Bayern Munich.

Internazionale themselves have been linked to the 31-year-old, hence the website’s interest in reporting the news.

However, the disappointing news for us is that the report states Manchester United have fallen behind in our attempts to sign Vidal.  They state that the player doesn’t consider playing under Jose Mourinho as an ‘attractive’ offer.

We shall keep an eye on this story to see if anything comes of it, but it’s certainly interesting to know that the boss is on the lookout for another midfielder.

Arturo Vidal is an energetic box-to-box midfielder which we already have in Paul Pogba.