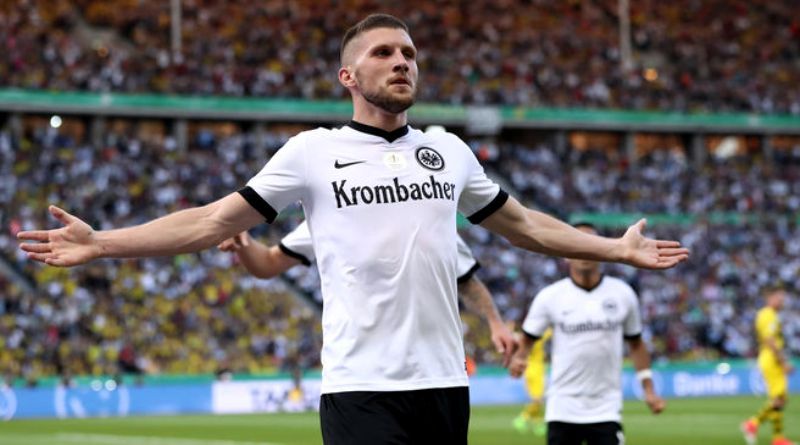 A new right winger is on Jose Mourinho’s wish list for Manchester United this summer as we have strongly been linked with a number of names over the past couple of weeks.

Last season the boss was never settled on a single player in this position with the likes of Juan Mata, Henrikh Mkhitaryan, Marcus Rashford and Jesse Lingard all getting game time out there.

We have strongly been linked with a move for Chelsea’s Willian again this summer but it looks as though we could be priced out of a move for the 29-year-old by our Premier League rivals.

Another name that has cropped up a few times, particularly after Croatia reached the 2018 World Cup final, is Ante Rebic.

The 24-year-old was a regular starter for the former-Yugoslav country as they reached their first-ever World Cup final, scoring one goal in his seven appearances in Russia.

In truth, the Croatian has never been much of a goalscorer out wide – only scoring six goals in 26 Bundesliga appearances for Eintracht Frankfurt last season and never living up to his potential at Fiorentina previously.  He also has a nasty streak about him.

However, the Daily Mail are reporting that we have made contact with his representatives over a potential move to Old Trafford this summer.

Earlier this month the Metro reported that Eintracht Frankfurt would entertain an offer of £44 million for their wide man.

We are not the only club linked with a move for the Croatian either – Bayern Munich are Arsenal have also been mentioned as potential suitors for Rebic.

There are only two weeks left of the summer transfer window and we are still expecting to bring in a new centre-back and right winger before we kick the 2018-19 Premier League season off at home to Leicester City on Friday 9 August.  We shall have to wait and see if it is Ante Rebic who is one of those.