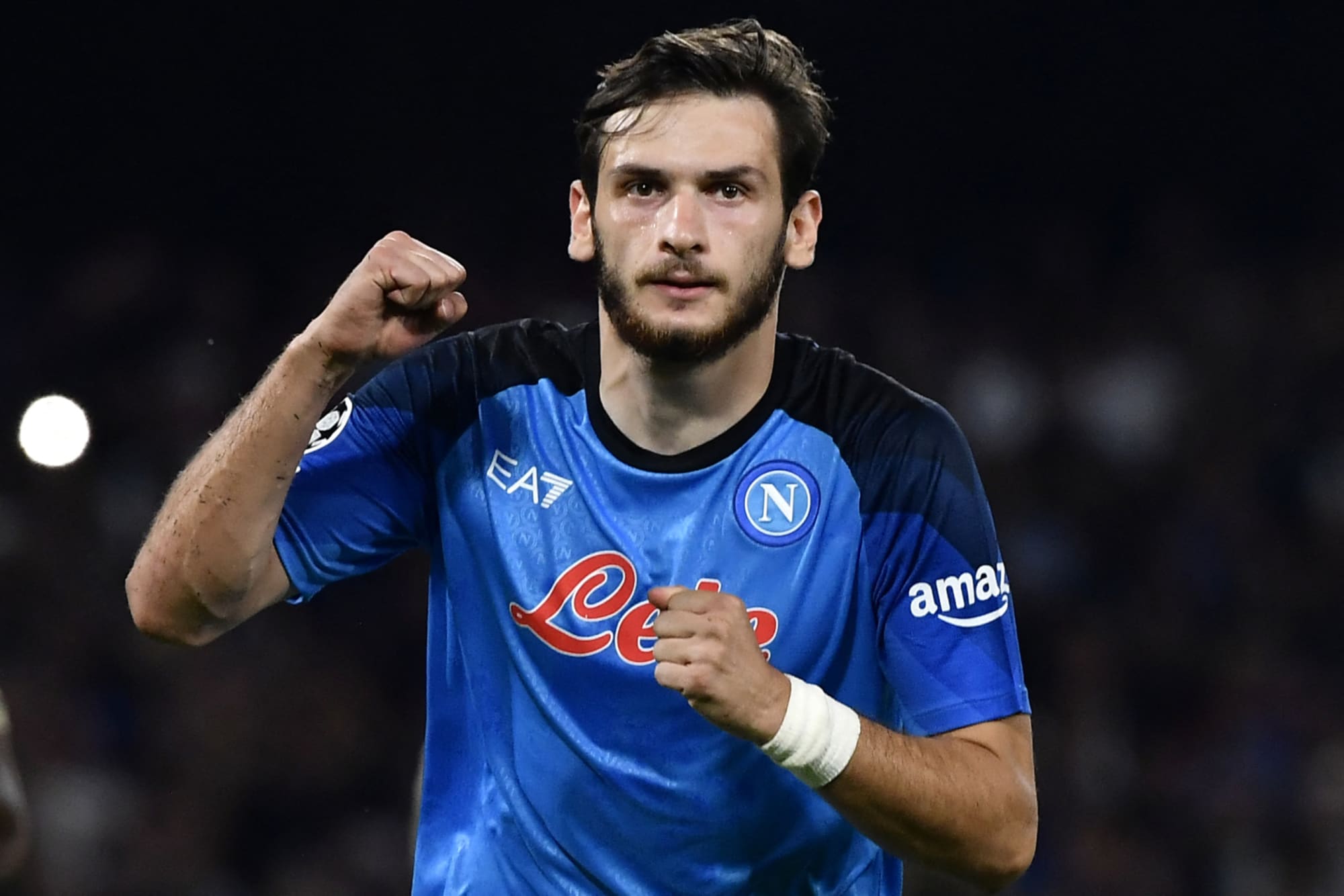 Manchester United are one of the top European clubs keeping tabs on the performances of Napoli midfielder Khvicha Kvaratskhelia, according to Gazzetta dello Sport (today’s edition, page 11)

The Georgia international joined the Naples outfit from Dinamo Batumi for just €10 million (£8.75m) last summer and he has since been a revelation with eight goals and 10 assists from just 17 games.

He has produced stand-out displays against the likes of Liverpool, Ajax, Lazio and AC Milan. There are no surprises that his future has been a regular topic of speculation over the past few weeks.

It is now reported that United alongside Liverpool, Real Madrid and Paris Saint-Germain are keeping a close eye on the left winger ahead of a potential approach for his services in future.

Napoli have no reason to sell as they are currently top of the Serie A with an eight-point lead, but Gazzetta claim that it would take €100m (£87.5m) to test Aurelio de Laurentiis’ resolve.

Kvaratskhelia could be Man Utd’s solution on the left wing

Marcus Rashford has bagged five goals from the left side of the attack this campaign, but manager Erik ten Hag may see him as a regular centre-forward in the long run.

United graduate Alejandro Garnacho could make the left wing position his own in future but in our view, the club need more competition for places to challenge for titles.

Jadon Sancho has yet to find his feet since his big-money move from Borussia Dortmund last year and a move for Kvaratskhelia can be considered as a realistic possibility.

At just 21, the Georgian has the world at his feet at Napoli. He has been stupendous from the left wing with 18 goal contributions in just 17 games in all competitions.

Napoli have made a tremendous investment. Transfermarkt already value him at £52.5m and his price tag should only increase if the club go on to lift the Scudetto.

United don’t plan another big spending spree until next summer. A new left winger should be prioritised by the club alongside an attacking right-back and a striker.

In order to land a player of Kvaratskhelia’s quality, Champions League football is a must for United.