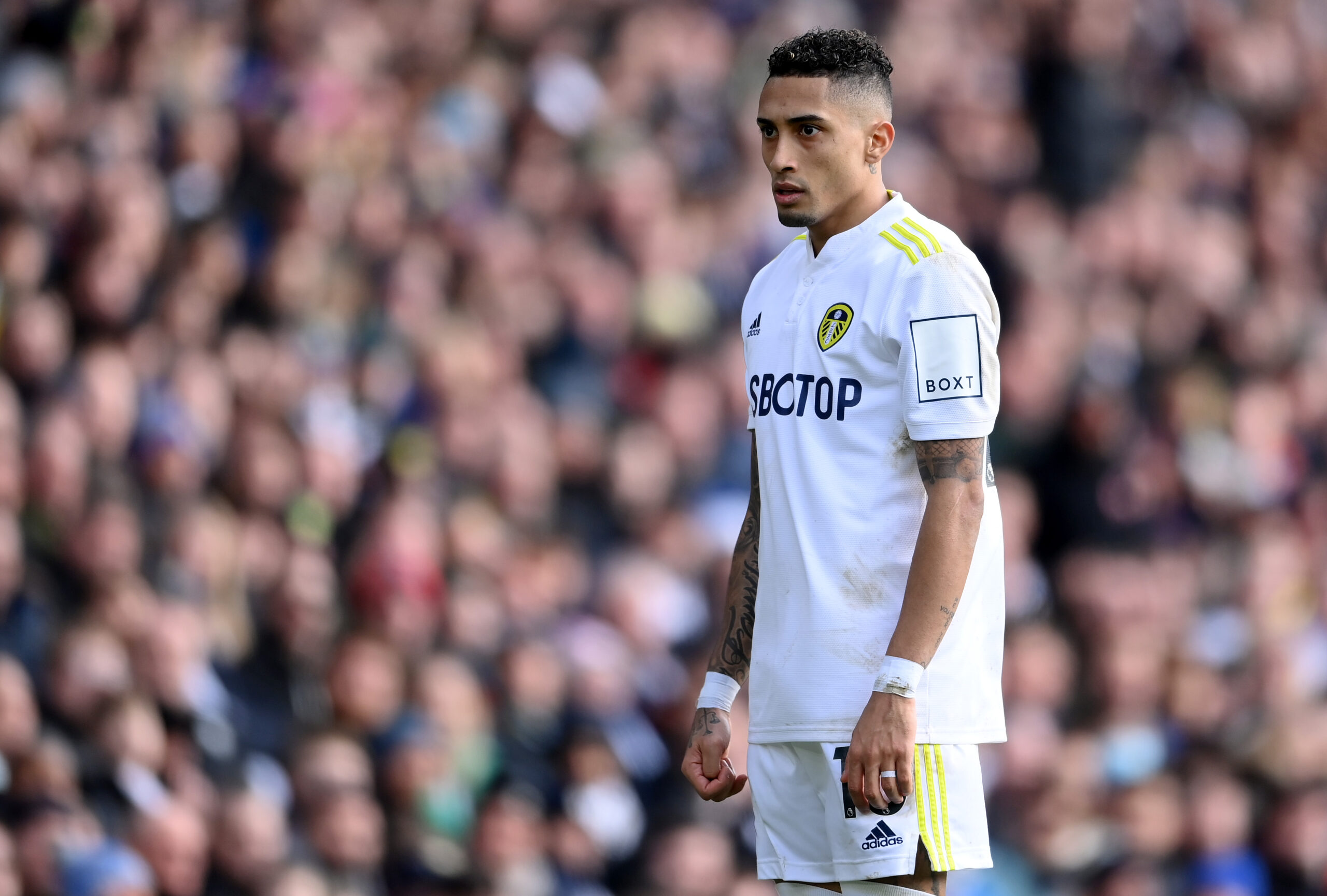 Leeds are currently languishing above the Premier League drop zone, but Raphinha has still impressed with nine goals and three assists from 27 appearances.

Barcelona and Chelsea have been keeping tabs on his situation lately, but it appears the Red Devils are also monitoring him with a view to a possible summer move.

United signed Jadon Sancho from Borussia Dortmund for €85 million last summer, and it was anticipated that he would provide the much-needed creativity from the right wing.

However, the England star has barely impressed from the position. Since the winter break, he has been in sparkling form from the opposite flank with regular goal contributions.

Hence, the Red Devils could pursue another wide player this summer, considering Marcus Rashford and Anthony Martial (out on loan) have not been suited for the position either.

Mason Greenwood remains suspended indefinitely, and may have played his final game for the club. Anthony Elanga has shown promise, but United may eye an experienced option.

Raphinha would be a quality addition, having proved his credentials in England for two straight seasons. He is a specialist for the role, and should only better with more creative players around him.

The Brazil international could be available for just €25m should the Yorkshire outfit suffer relegation. Otherwise, his minimum release clause reportedly stands at around €75m.

If Leeds beat the drop, they could accept a fee in between with his contract expiring in June 2024. United will need to step up their pursuit to boost their prospects of luring him.