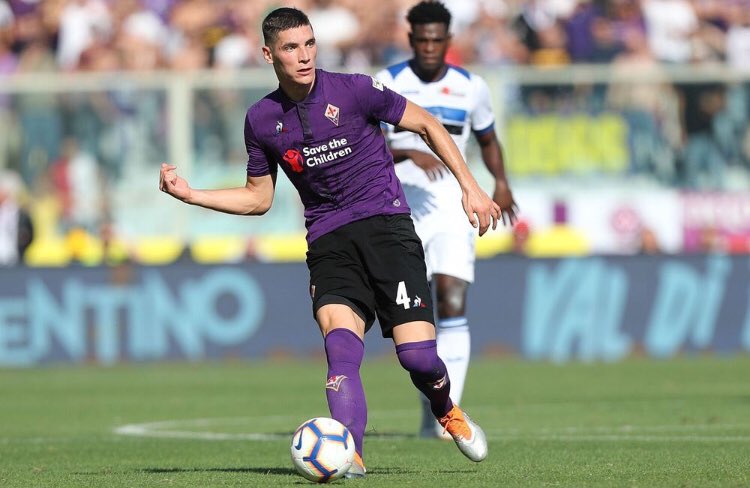 Manchester United are being linked to a number of centre-backs ahead of the January transfer window.

Executive vice-chairman Ed Woodward failed to land any of Jose Mourinho’s defensive targets over the summer, leaving the manager reportedly frustrated with the situation.

There’s no doubt that we could do with strengthening our defence as early as January when the next transfer window opens as we’ve kept just one clean sheet in our first 12 Premier League matches this season. Chris Smalling and Victor Lindelof has been the centre-back partnership in recent weeks but it hasn’t helped that Jose has seemingly fallen out with Eric Bailly.

Tottenham Hotspur’s Toby Alderweireld, Leicester City’s Harry Maguire and Bayern Munich’s Jerome Boateng were all strongly linked to us over the summer but nothing materialised.

A report in the Daily Mail is now suggesting that we’re keeping tabs on Fiorentina centre-back Nikola Milenkovic ahead of a possible January move.

The Serbian international has been linked with a move to us in the past but the Daily Mail are now reporting that we will have scouts in attendance for Fiorentina’s trip to Bologna on Sunday.

Milenkovic is in his second season with the Serie A club having made 16 league appearances last season following his move from his home country. The 21-year-old has scored two goals in 12 appearances this season for the Florence-based club. He is good in aerial battles and isn’t afraid to throw his body in front of shots.