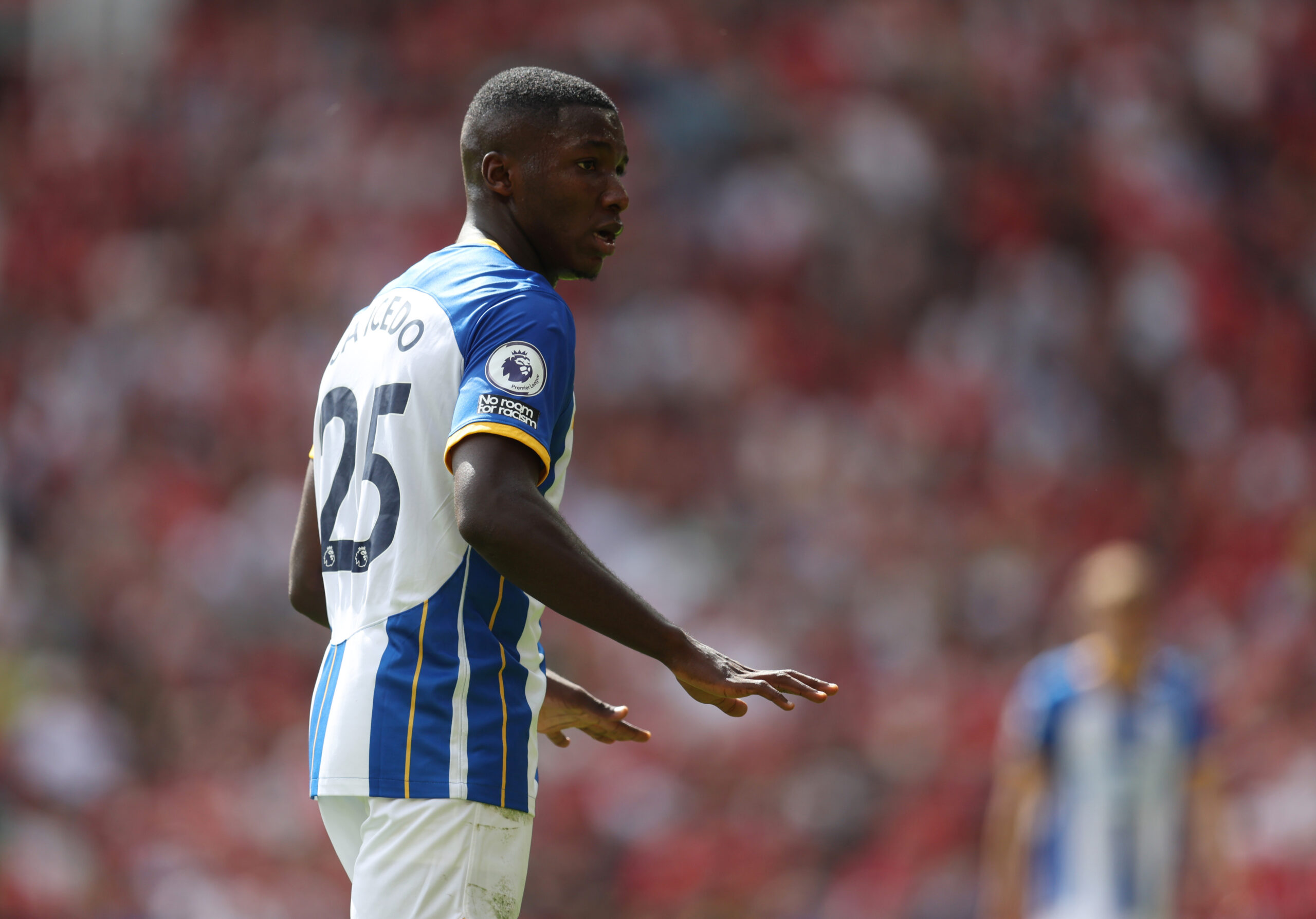 The Red Devils have focused on signing Barcelona’s Frenkie de Jong throughout the summer, but it has recently emerged that the player wants to join Chelsea before the transfer deadline.

Amidst the setback, it is reported that the Red Devils are looking into a deal for Caicedo, but they are not alone with Arsenal, West Ham United and Juventus also among his admirers.

United missed out on signing Caicedo for just £5 million

United had the opportunity to land the Ecuador sensation for just £5m in January 2021, but their reluctance to pay the fee to Independiente saw him join the Seagulls.

The 20-year-old made his Premier League debut for the Seagulls during the back end of last season. He went on to make eight straight starts from the beginning of April.

Caicedo has continued to remain an undisputed starter in midfield this term. He has been hugely impressive with his strong tackling, intercepting ability as well as clearances.

He still has room for improvement with his overall distribution (80 per cent success rate), but there are no doubts that he has the potential to develop into an elite holding midfielder.

Whether United can prise him away this summer is a big question. Brighton are not an easy club to deal with and they tend to command hefty price tags for their leading performers.

Yves Bissouma left for £26m with under a year left on his contract this summer. On the other hand, Marc Cucurella was sold for £59m while Ben White left the club last year for £50m.

Caicedo would fall into the category of Cucurella and White with three years left on his deal. United may need to pay a premium fee for Caicedo when they could have signed him for just £5m.