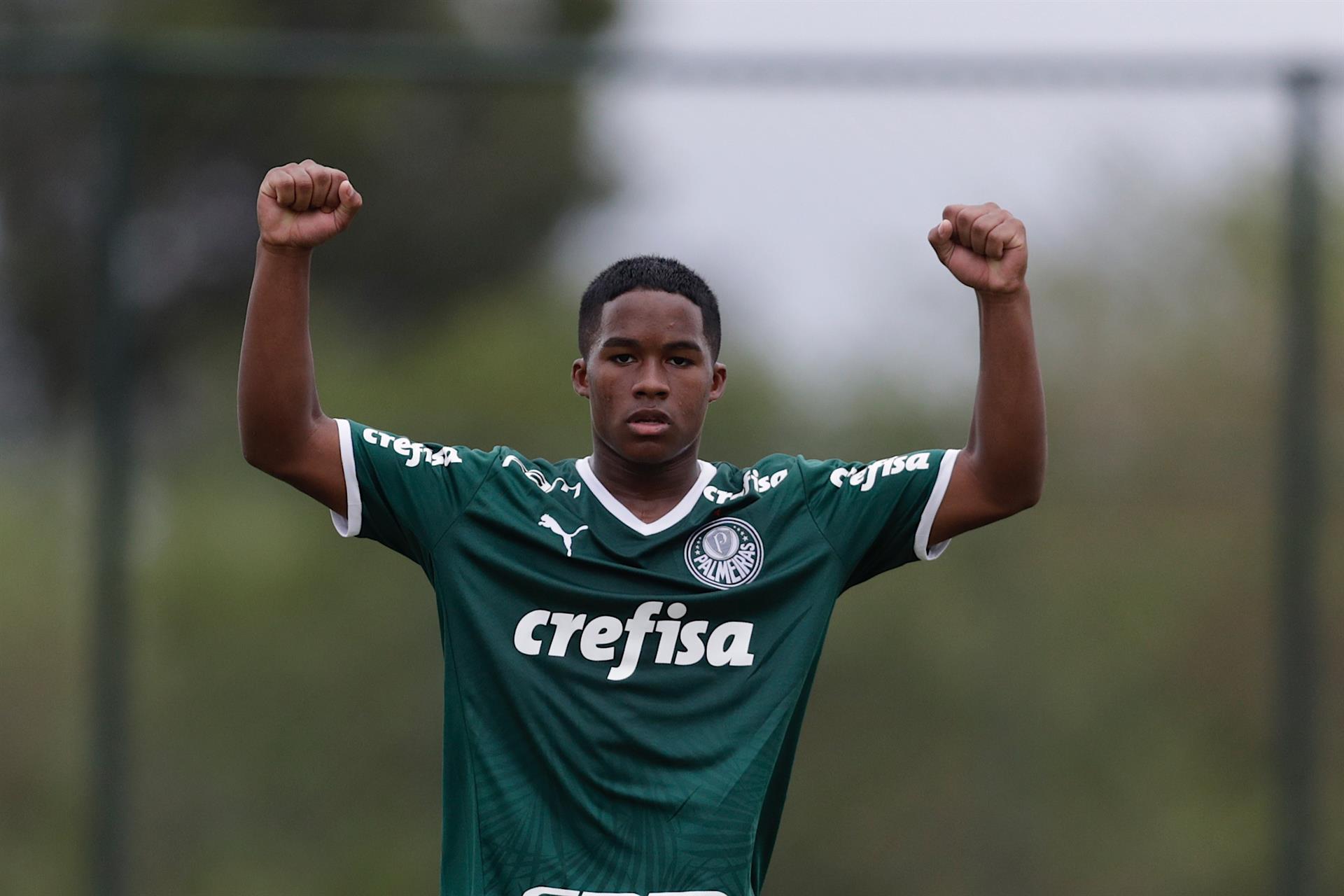 Manchester United are one of the clubs interested in prising away Brazilian youth sensation Endrick from Palmeiras this summer, journalist Jorge Nicola reports.

The 15-year-old is regarded as one of the best upcoming youngsters in world football, and was spotted attending games at Camp Nou and the Bernabeu earlier this year.

Endrick will sign his first professional contract when he turns 16 on July 21, and this will reportedly trigger interest from some of Europe’s most high-profile clubs.

As per Nicola, United are in the mix to sign the exciting striker, but they are not alone with Chelsea, Barcelona, Real Madrid and Paris Saint-Germain also mentioned.

United can make a statement by luring Endrick

Endrick has yet to play a game at the senior level for Palmeiras, but has made a good impression for their Under 20s, bagging six goals from seven appearances.

He has also made a mark with the Brazil Under 17s, registering five goals and one assist from just four caps. The widespread interest suggests that he could be the next big thing in Brazilian football.

United are no strangers when it comes to pursuing young stars, having signed Anthony Martial at just 19. Two years ago, they landed Facundo Pellestri and Amad Diallo in deadline-day deals.

Pellestri and Amad have not progressed as anticipated, but they now have the right platform under manager Erik ten Hag, who has built his reputation on getting the best out of emerging stars.

If United were to land Endrick this summer, it would be a big statement, considering the competition from Chelsea and Barcelona in particular, who are known for producing stars from their academy.

The Red Devils are not far off either, but the production line has not been that effective in recent years compared to their European rivals. This could change under Ten Hag, who could give importance to youth.

Endrick, who has been dubbed as the ‘next Neymar‘, could turn out to be a leading star in the future for United with the right guidance and coaching. He could lead the line regularly in the long run.