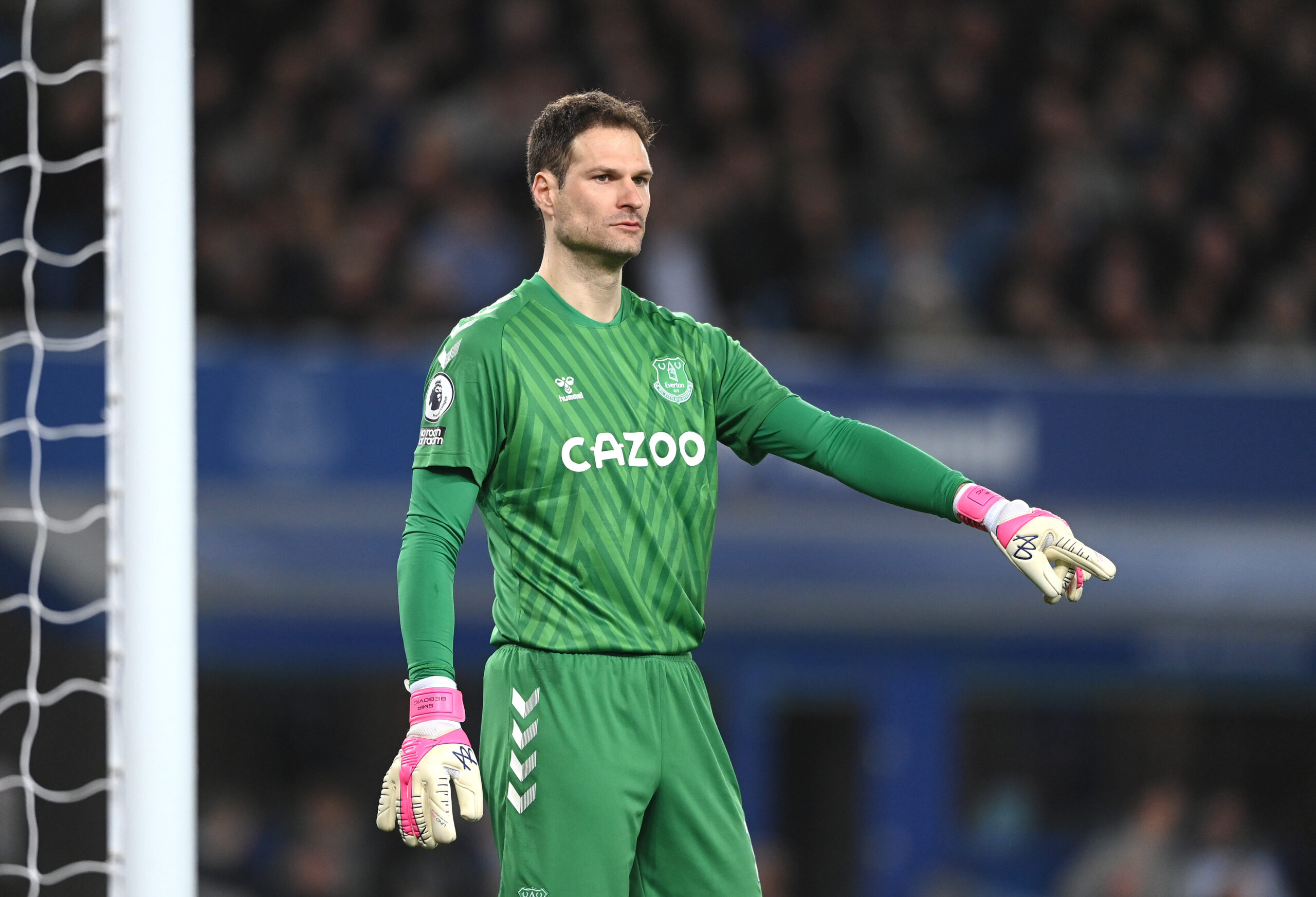 Manchester United have turned their attention to Everton goalkeeper Asmir Begovic as they look to bring in a quality deputy to David de Gea, The Telegraph reports.

The Red Devils sanctioned a loan deal for Dean Henderson earlier last month, and it has since been revealed that the 25-year-old did not consult with manager Erik ten Hag before leaving.

Henderson highlighted that he felt like a ‘caged animal’ at Old Trafford, and Ten Hag would have probably kept him in the squad if he had watched him in training.

It is unclear whether Henderson will have a future at the club after such comments, but United for the short-term, want a new second-choice keeper behind De Gea.

The £13.5 million-rated star had a poor outing against Brentford last weekend with two blunders, but he still got the backing from Ten Hag to adapt to his playing style going forward.

Hence, the onus does not appear on finding De Gea’s replacement but rather a back-up that could do his job efficiently in the Cup games or when the Spaniard is unavailable.

Begovic has now emerged as an option for United, but they face a tough task of signing the 2016/17 Premier League winner as manager Frank Lampard wants to keep him.

The Bosnia and Herzegovina international made just seven appearances for the Toffees last term, and they remain confident of keeping him for the final year of his contract.

Begovic unlikely to displace De Gea for number one role

Earlier this month, there was talk about United signing a genuine competitor for De Gea. Leeds United’s Illan Meslier is a top target, but the club simply don’t want to sell.

This has turned their attention to pursuing an experienced option in the transfer market. A move for Yann Sommer definitely made sense with his better distribution qualities.

The Switzerland international completed 74 per cent of his passes in Bundesliga last term, much better than De Gea’s 69 in the Premier League. He would be a solid back-up.

The same can’t be said for Begovic, however. The 35-year-old is gifted with strong reflexes as De Gea, but passing is definitely not one of his strong suits as seen over the years.

His career average stands at 56 per cent. Last season, he had a success rate of just 44 per cent. With such statistics, we don’t see him displacing De Gea if the latter underperforms.

Begovic is probably considered as a stop-gap option until a young shot-stopper is signed. Tom Heaton is currently the back-up choice at United, but his passing stats are not good either.