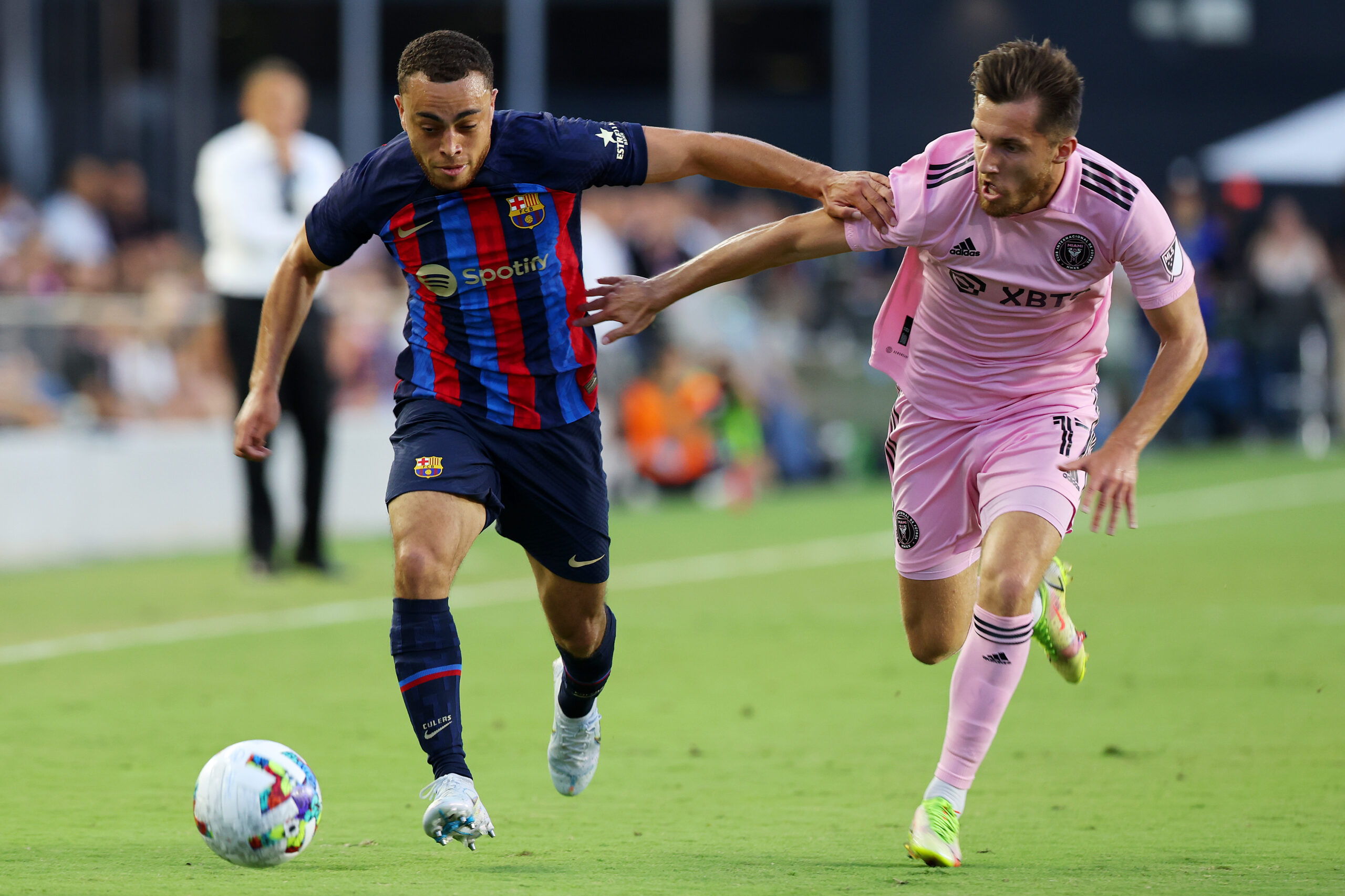 The Red Devils have made three summer signings in Tyrell Malacia, Christian Eriksen and Lisandro Martinez, but there could be plenty of more transfer activity this month.

A new right-back has been highlighted as one of the priorities with the club open to shifting Aaron Wan-Bissaka, and it appears Dest is one of the top targets to replace him.

Dest has been a regular for the Blaugrana since his arrival two year ago, but the United States international could fall down the pecking order with a new signing.

It is well known that the Catalans want to sign Chelsea’s Cesar Azpilicueta, and it is claimed that a deal for the Spaniard could pave the way for Dest to head for the exit door.

Barcelona boss Xavi Hernandez has previously praised Dest as ‘spectacularly good‘, but the Spaniard is likely to trust the experience of Azpilicueta if he arrives at the club.

In such a situation, Barcelona want a minimum of €20 million for the 21-year-old, and Sport reveal that United would be willing to pay the fee for the former Ajax graduate.

Erik ten Hag could be leading United’s pursuit of Dest

Ten Hag has focused on pursuing players that meet his tactical philosophy and he has already been reunited with his former Ajax defender in Martinez.

The Dutch tactician is also eyeing a reunion with Antony as well as Barcelona’s Frenkie de Jong, but both deals seem difficult to complete at the current point.

United have been put off by the €100m asking price for Antony while De Jong seems reluctant to accept personal terms despite a transfer fee being finalised.

Amidst this, Dest has emerged as a fresh transfer option, and it is unsurprising, considering the defender had his breakout season at Ajax under Ten Hag in 2019/2020.

During that campaign, Dest managed eight goal contributions from 35 outings. The right-back could be perfectly suited for United, having graduated at Ajax.

He should be well versed with the attacking brand of football under Ten Hag, and would be a solid upgrade on Wan-Bissaka, who has lacked creativity.

The big question is whether United are willing to sign Dest before offloading Wan-Bissaka. It has been claimed that the board want to offload Wan-Bissaka first.

The delay in parting ways with Wan-Bissaka, either on loan or permanently, could hamper their chances of landing Dest if one of their European rivals enter the race.