Man Utd identify Jude Bellingham as no.1 transfer target for next summer 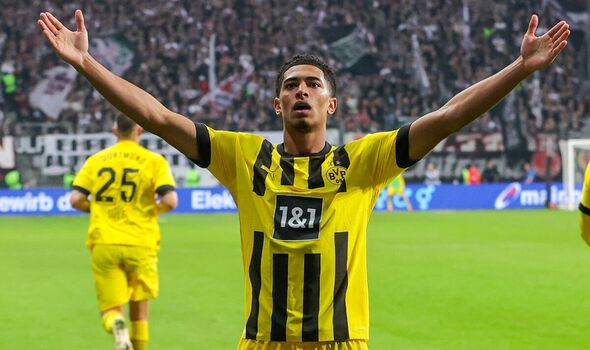 The Red Devils bolstered their midfield this summer with the signings of Casemiro and Christian Eriksen and the duo have already played a significant role in the club’s progress this campaign.

The next step of the rebuild should be the purchase of a young midfielder with world-class potential and there are not many youngsters better than Bellingham at the current point of time.

At just 19, he is one of the most sought-after players in world football and Plettenberg claims that United have him as a priority, having scouted him on numerous occasions in the past.

Erik ten Hag ‘wants him’ at Old Trafford next season, but a deal is said to be unlikely with competition from Manchester City and Liverpool as well as the Financial Fair Play restrictions.

Man Utd must qualify for Champions League to lure Bellingham

One of United’s main concerns over the years has been the lack of sufficient revenue from player sales. They have spent plenty in the transfer market without any big-money exits.

A firm example is the situation of Paul Pogba. The Red Devils had plenty of chances to offload him for a good transfer fee, but eventually ended up losing him on a free transfer.

This will obviously have an impact on Financial Fair Play in the long run. If United want to lure Bellingham next summer, Champions League is an absolute must to convince him to join them.

The qualification to the elite European competition obviously provides a big financial boost which would enable United to go on another huge spending spree ahead of next season.

Bellingham would be an excellent signing for Ten Hag. He is already a complete midfielder. This season, he has nine goals and two assists from 20 games while averaging over two tackles.

He has also made key interceptions and duels for his team and has a bright future ahead. United will need to break the bank for him, considering Dortmund’s hefty €150 million price tag.