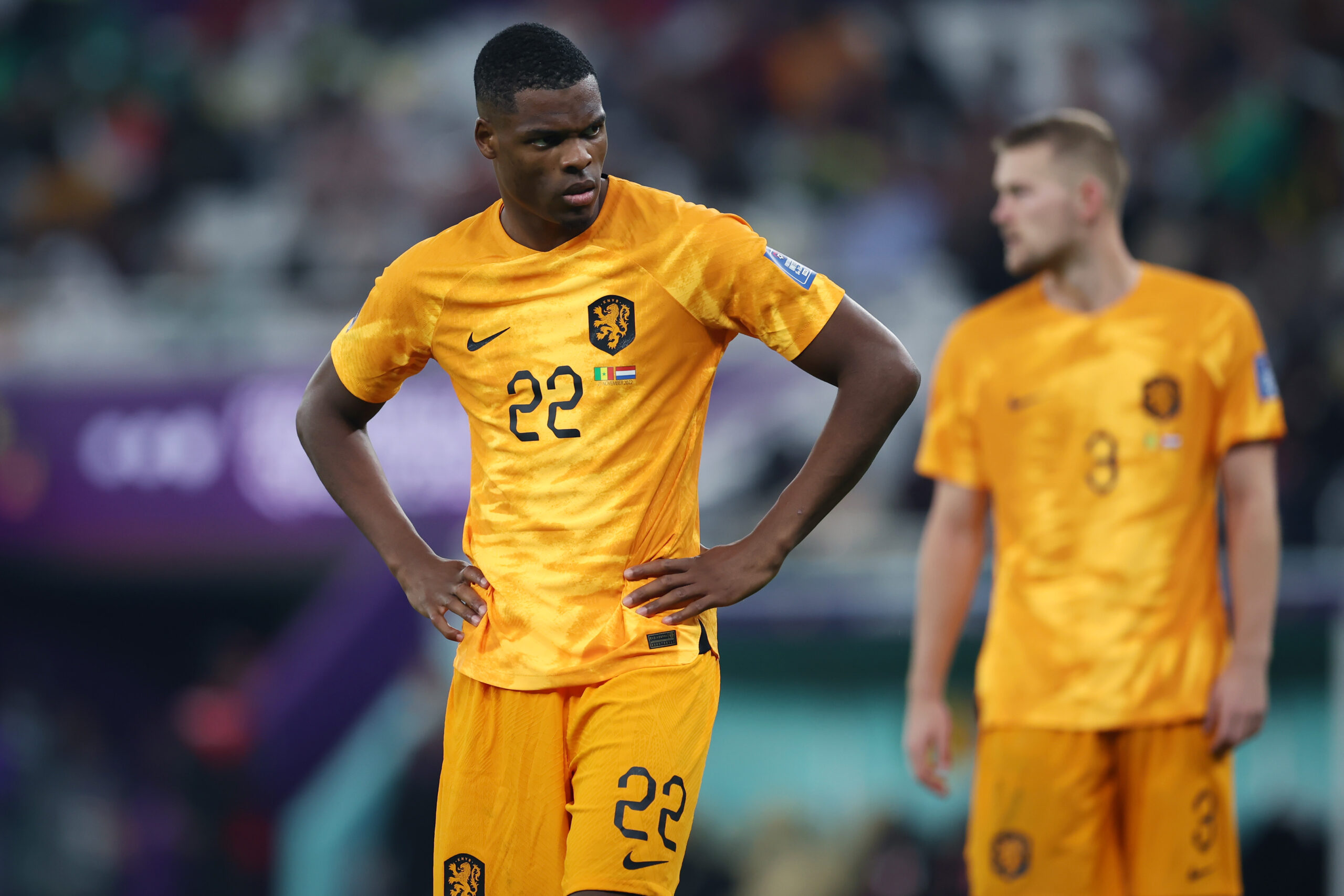 Manchester United have to pay €60 million to prise away Denzel Dumfries from Inter Milan, according to Gazzetta dello Sport.

The Red Devils were regularly linked with the Netherlands international last summer amid suggestions that they were looking for a new right-back.

The club’s hierarchy decided against signing one in the end, but they could revive their plans when the transfer window reopens in the New Year.

Dumfries has been a long-term target for United, but it is now reported that Inter won’t sell him for less than €60m in the coming transfer windows.

The Nerazzurri are prepared to part ways with the ‘explosive‘ right-back. They plan to use the funds to sign Atalanta’s Giorgio Scalvini and Valencia’s Yunus Musah.

Aaron Wan-Bissaka was touted to leave United in the summer, but football director John Murtough decided to keep him as an understudy to Diogo Dalot.

The decision has not proved worthwhile. While Dalot has started in 20 of United’s 21 games this term, Wan-Bissaka has played just four competitive minutes.

Ahead of January, it is claimed that he could be loaned out, but we simply don’t see United spending €60m to bring Dumfries as his potential replacement.

United have been fancied to sign another right-back for a while, but their priorities may change for January after the free transfer exit of Cristiano Ronaldo.

The club now need to focus on bolstering their attack too. Hence, the budget could be divided this winter and United may look for a low-cost acquisition.