Man Utd have their sights on signing Youssoufa Moukoko 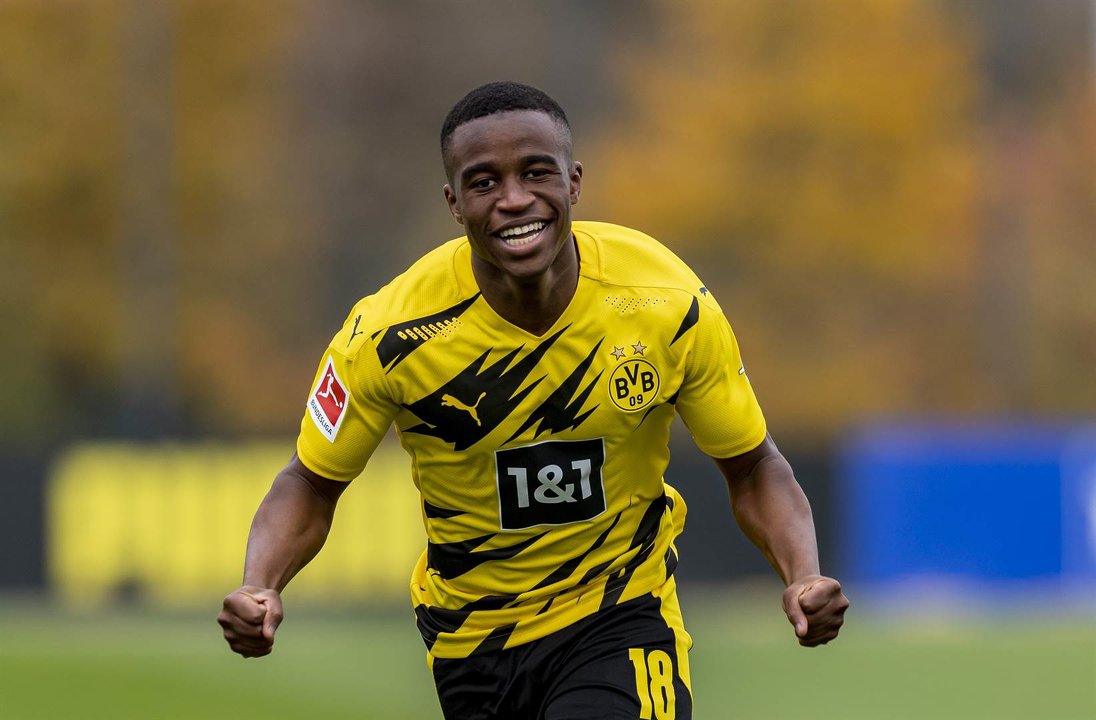 Manchester United have their sights on landing Borussia Dortmund teenager Youssoufa Moukoko amid an ongoing dispute over his representation, Sport Bild report.

The 17-year-old has been a revelation for the Bundesliga outfit this term with six goals and six assists from 21 appearances across all competitions.

Dortmund want him to sign his first professional contract when he turns 18 on November 20, but Bild cite that it is no longer a straightforward option.

The German outfit have placed a €5 million annual salary on the table for Moukoko, but the youngster is now eyeing €7m to commit his future to them.

Meanwhile, there is a dispute between the player’s father and his agent Patrick Williams and agencies associated with English clubs are aiming to take advantage.

Unique Sports Group and Mino Raiola’s entourage are among those aiming to capitalise and take the player away from Dortmund to secure a lucrative agent fee.

As things stand, Moukoko’s youth deal expires in June 2023. The €30 million-rated star can negotiate with foreign clubs in January. United are one of those interested.

Moukoko on a free transfer would be an outstanding signing

Moukoko made his debut for Dortmund two years ago as a 16-year-old, but went out of the spotlight with the focus being on Erling Braut Haaland’s exploits at the club.

With Haaland having left for Manchester City this summer, the Germany Under-21 international has stepped up for Dortmund with an impressive 12 goal contributions.

Dortmund obviously want to secure his long-term future with them when he turns 18, but the youngster has the ball in his court, having yet to sign a professional contract.

United should be a lucrative destination for the emerging talent. The Red Devils can easily match his salary demands as well as agent fees and any other compensation.

Erik ten Hag is said to be eyeing a long-term striker and in our opinion, Moukoko has the potential to emerge as a world-class star in future. He would also prove a risk-free signing.

His arrival could also allow United to focus on pursuing another marquee striker. This would permit Moukoko to develop under Ten Hag without the pressure of expectations.