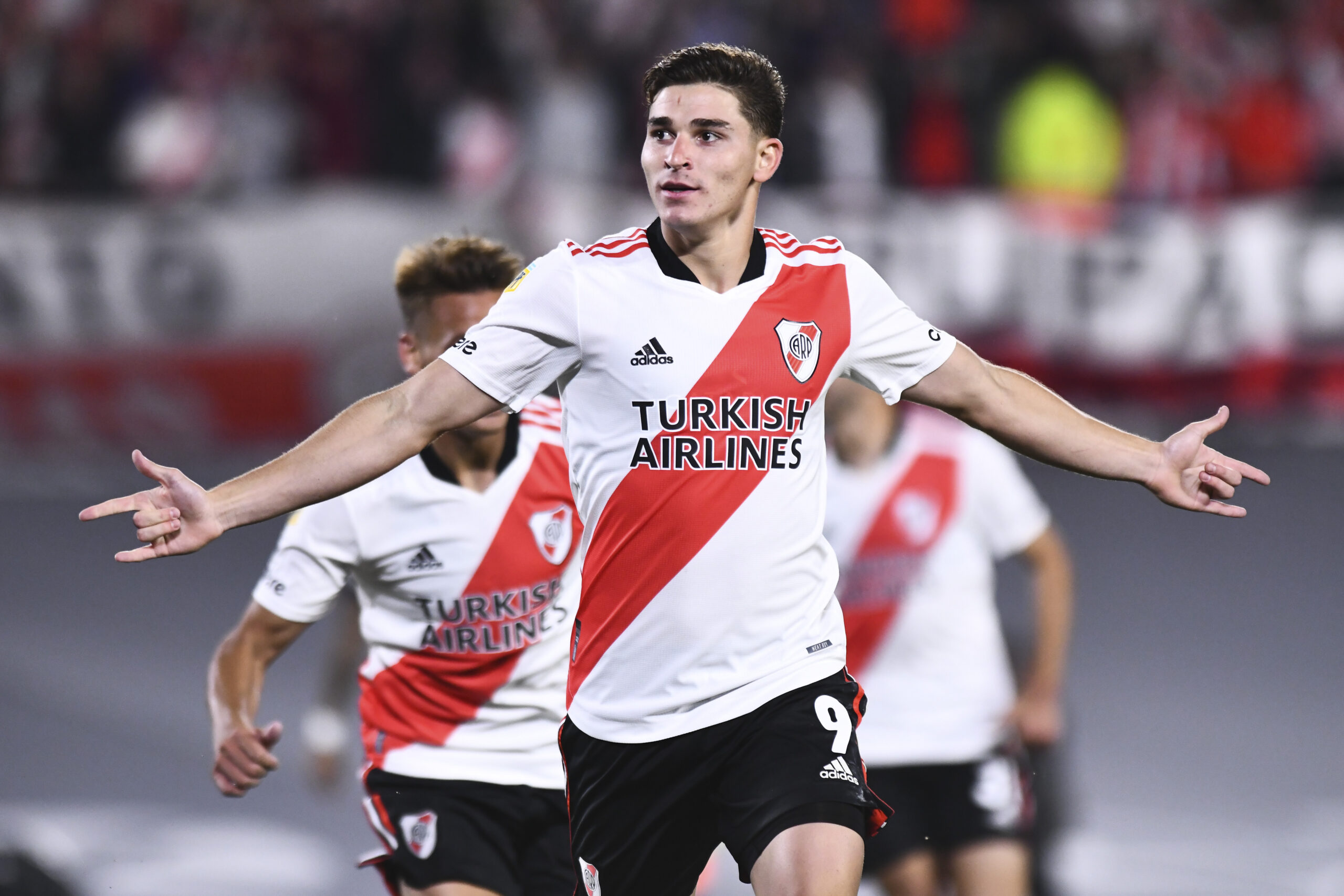 The 21-year-old has had an excellent campaign for River Plate, bagging 24 goals and 15 assists across all competitions.

His form has seen him linked with several European clubs including the Red Devils, who were touted to meet his agent.

There were also suggestions that they were ready to trigger the €20 million release clause in his contract.

It is now reported that the Red Devils are not interested in him whatsoever, and the speculation is purely agent-driven.

Alvarez has made a big impression over the past 12 months at River Plate, and he is now eyeing a bigger challenge in Europe.

With the World Cup this winter, the striker could boost his international prospects if he can perform at a higher level.

The youngster has excellent individual attributes such as strong hold-up play and dribbling. He does not shy away from making tackles.

However, there is no assurance that he would be guaranteed game time at Old Trafford. It is unsurprising that United are not in the mix.

The club’s decision could also be influenced by the confirmation that Ed Woodward will leave his boardroom position at the end of the month.

The 50-year-old will quit his Executive Vice-Chairman role on February 1. Richard Arnold will be the Chief Executive Officer going forward.

Woodward has been in charge of transfer deals since 2012. With his impending exit, the club may not make any signings during the ongoing transfer window.