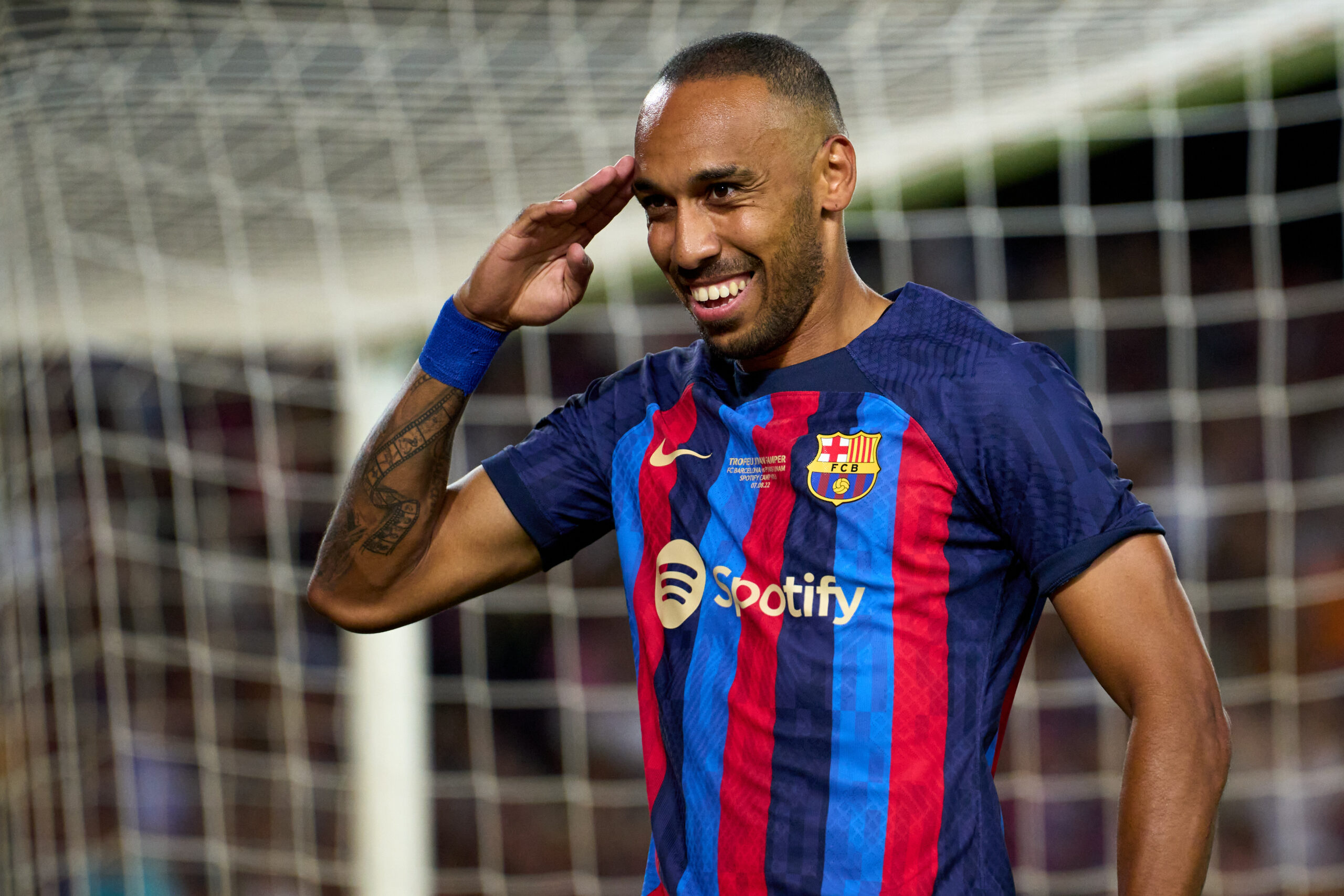 Manchester United have been handed a potential boost in landing Barcelona striker Pierre-Emerick Aubameyang with Chelsea having second thoughts over his transfer.

The Red Devils are currently on the cusp of landing Antony in a stunning £85 million deal from Ajax, but there are still open to signing a striker due to the uncertainty around Cristiano Ronaldo’s future.

Aubameyang is one of the players currently on their radar, according to The Athletic, and they have been handed a boost with Chelsea likely to drop their interest in the player.

The Blues have failed to negotiate a suitable transfer fee with Barcelona. On top of this, they have yet to agree personal terms with the 33-year-old, who is eyeing a longer deal.

Hence, United could have a free run to sign Aubameyang, but we believe the club should stay away from him.

The Gabon star has been a quality striker over the years, but it is clear that he is no longer in the prime.

He was superb during his first two-and-half years with the Gunners, but his form significantly dipped during the 2020/21 campaign after being handed a lucrative contract.

Aubameyang netted just 14 goals from his final 43 league outings for the Gunners, and there is a clear warning sign that United’s hierarchy should neglect the chance to sign him.

Meanwhile, the ex-Dortmund man is bound to command significant wages. He was on a hefty £250,000-a-week during his time in north London, and may demand a similar salary.

Barcelona are also said to demand around £25m for his services. Taking everything into regard, it could turn into a big mistake if United decide to secure Aubameyang’s signature.

The former Arsenal captain has had a questionable disciplinary record which may not go well with Erik ten Hag, who dropped a player in pre-season for arriving late to team meetings.

If United want to sign an experienced forward before Thursday’s deadline, they could be better off pursuing Memphis Depay. The club are also keeping tabs on his situation.