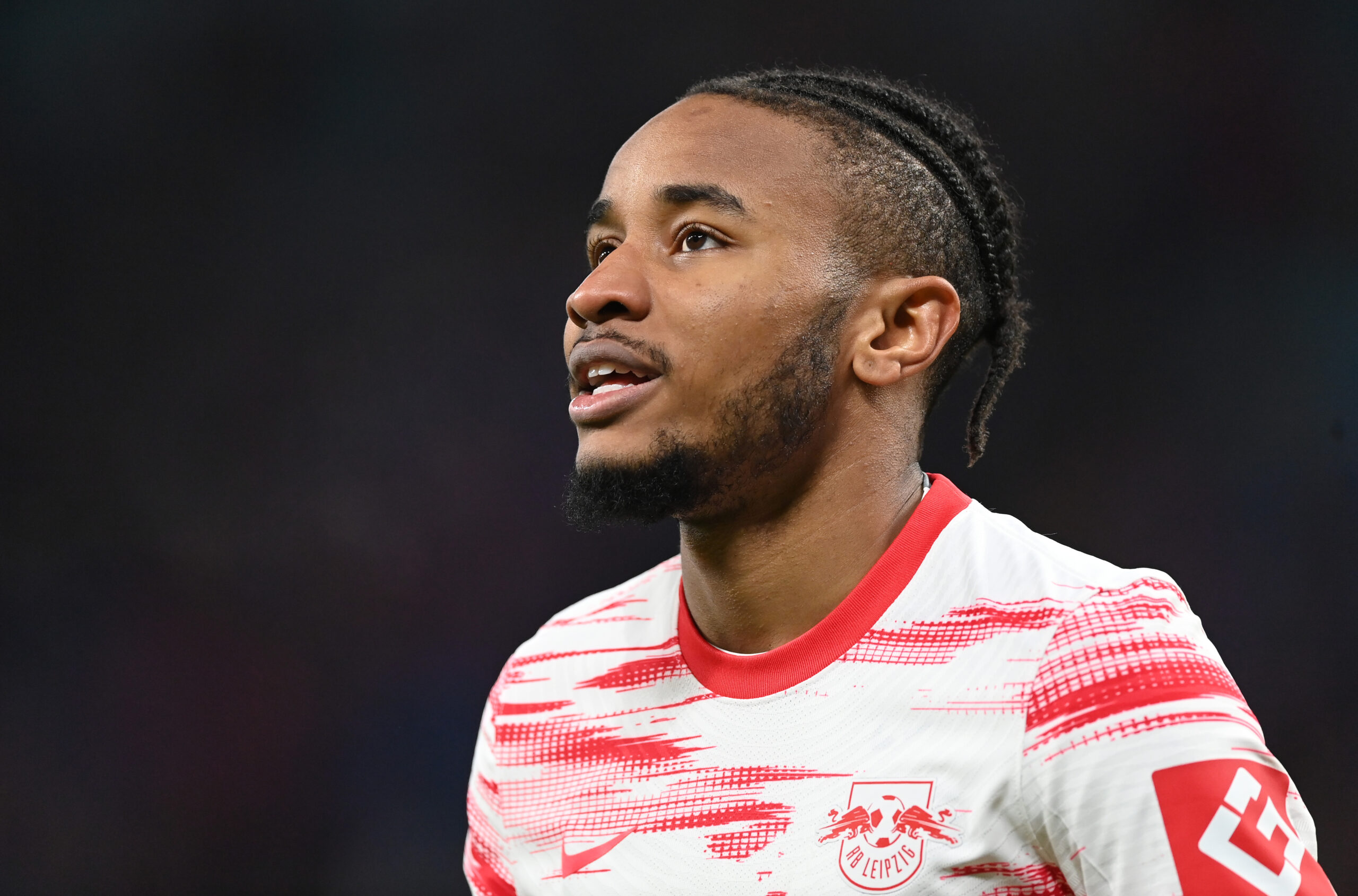 The Frenchman is currently in his third campaign at Leipzig where he has been in exceptional form. He has bagged a stunning 28 goals and 18 assists from 42 appearances in all competitions.

His performances have grabbed the attention of several elite European clubs. United are one of those, having initially been recommended by interim manager Ralf Rangnick.

Rangnick is a ‘big fan’ of the 24-year-old. He was keen on landing his signature in January, but was left infuriated after the hierarchy decided against backing him for the player.

However, the Red Devils could make a serious attempt to land Nkunku this summer. They have added him to their transfer shortlist, but may need to offload players first, as per Plettenberg.

Nkunku has been one of Europe’s most in-form attacking players this season with 42 goal contributions. He has been pivotal to Leipzig’s push for a top-four finish in Bundesliga.

The Frenchman has predominantly played as an attacking midfielder for Leipzig, but has also impressed from the wide attacking positions as well as operating as the second striker.

United have the number 10 role covered with Bruno Fernandes, but there is room for improvement out wide. With Jadon Sancho having shown promise from the left wing, Nkunku could be a solution on the opposite flank.

It has been reported by Sky Germany that United need to pay £50 million up front for Nkunku, but that could be the least of their worries in the player’s pursuit this summer.

United are currently facing the prospect of missing out on Champions League football. They are languishing six points adrift of fourth-placed Tottenham Hotspur with seven games left.

If they fail to qualify for the elite competition, their summer budget could be just £50 million, as per The Telegraph. United are unlikely to spend it on Nkunku with a new striker the main priority.

They are also eyeing a quality defensive midfielder. Hence, they may have to prioritise the sale of some first-team players before spending big on their summer transfer targets which include Nkunku.

Meanwhile, Nkunku could also snub a potential move to Old Trafford this summer if United don’t secure a berth in next season’s Champions League group stage.