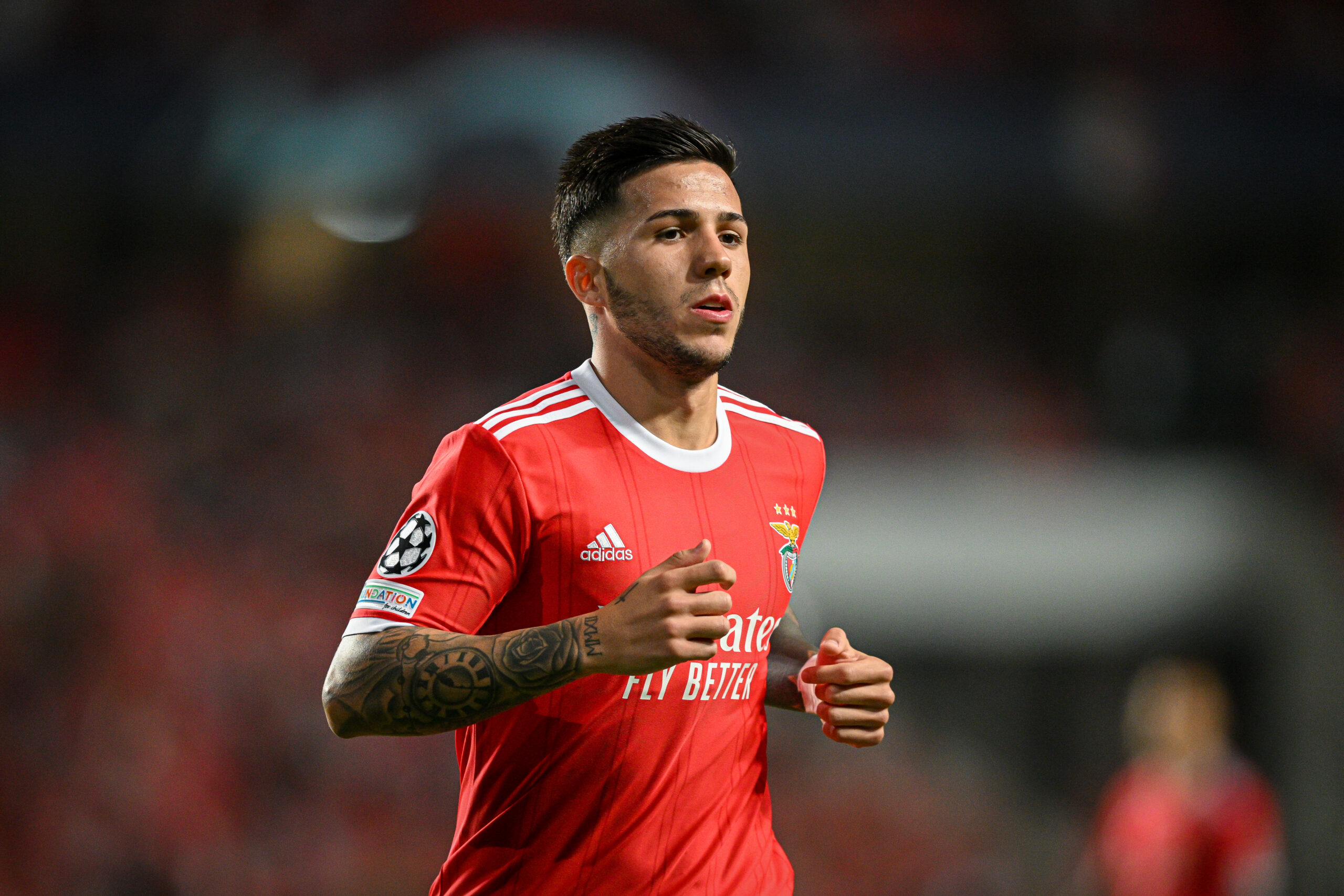 Manchester United have been handed a potential boost in the pursuit of Benfica midfielder Enzo Fernandez with Liverpool owners Fenway Sports Group looking for new shareholders.

The Red Devils were keeping a close eye on Fernandez’s progress at River Plate earlier this year but they were beaten to his signature by Benfica, who paid around €12 million to the Argentine outfit.

The 21-year-old has since adapted splendidly to European football. He has registered three goals and four assists from 22 outings. This has included contributions against Paris Saint-Germain and Juventus.

Ahead of the January transfer window, Sport claim that he is already valued over €50m with Liverpool and Barcelona monitoring him. A separate report from 90min claim that United are also keeping tabs.

Barcelona’s financial concerns have been known over the past year. They have signed players with long-term staggered payments and we don’t see them making a huge outlay on Fernandez this winter.

Hence, it could be a straight fight between United and Liverpool if Benfica are willing to sell him. With FSG looking for new share holders, spending could be minimal for Jurgen Klopp’s side in January.

This is where United will need to take advantage and prise away one of the South America’s best young talents in January. They decided against pursuing him earlier this year but it is better later than never.

Fernandez has the potential to develop into a world-class midfielder. Apart from his goal involvements this campaign, he has also excelled with his distribution with a 90 per cent accuracy.

The youngster has won nearly two tackles and one interception per outing. He could be seen as a strong competitor to Christian Eriksen for the number six role, but can also play as a holding midfielder.