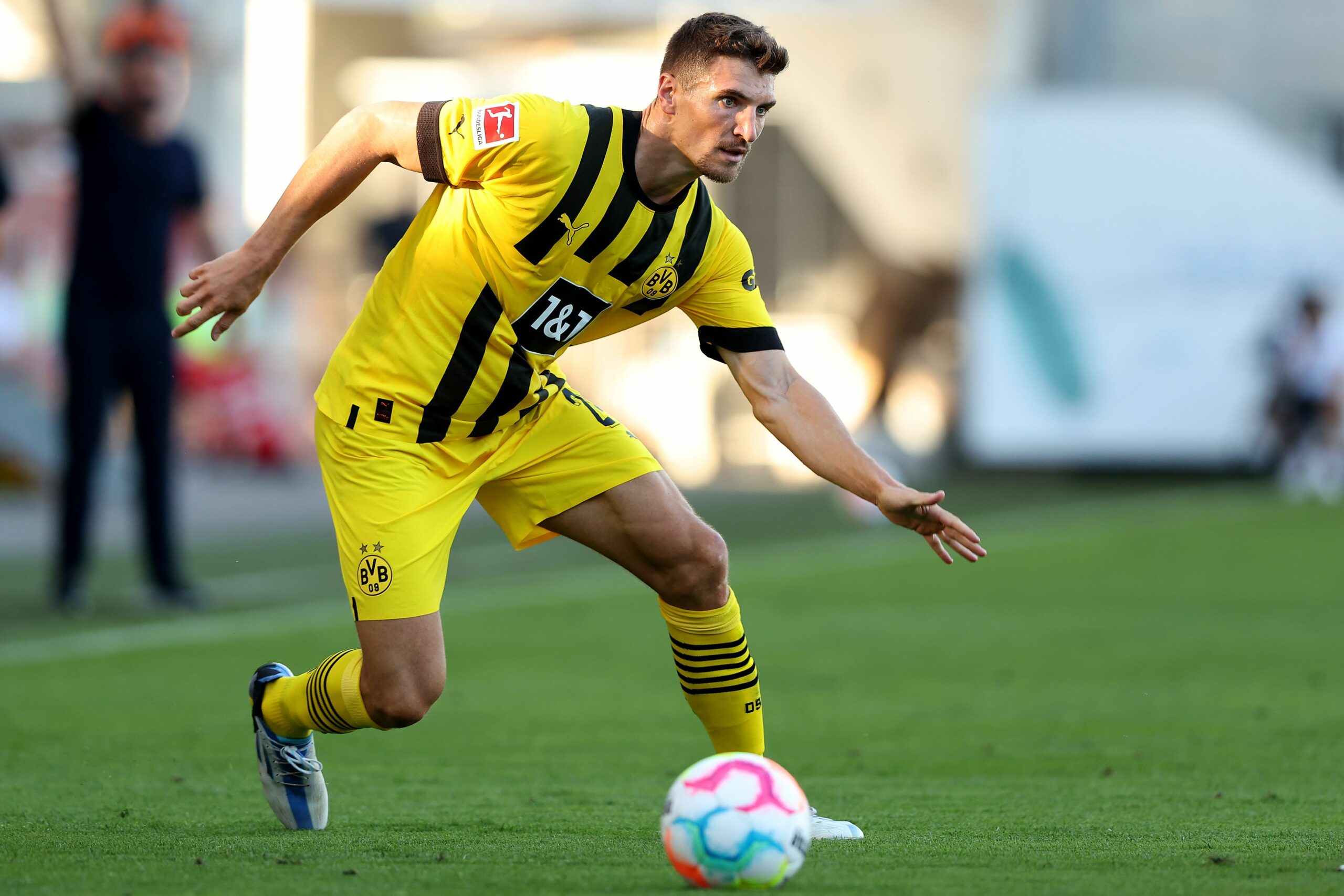 Manchester United could make a late move in the transfer window with Sergino Dest and Thomas Meunier being available on temporary deals, The Telegraph’s Jason Burt claims.

The Red Devils have already spent £214 million on new signings this summer, and it was recently reported that the £85.5m acquisition of Antony had emptied their transfer budget.

Amidst this, United have been handed a big boost in landing a right-back before Thursday’s transfer deadline with Barcelona’s Dest and Borussia Dortmund’s Meunier available on loan.

United boss Erik ten Hag is said to be keen on bolstering the department before the transfer window closes, but it may still depend on Aaron Wan-Bissaka heading for the exit door.

United need to bring in a new right-back before deadline

Diogo Dalot has fared impressively during the early stages of the campaign. He was superb against Southampton last weekend with a splendid cross for Bruno Fernandes’ goal.

The Portuguese also came up with a vital clearance off the line at St Mary’s, and he has certainly cemented his place as the undisputed right-back over Wan-Bissaka.

However, the 23-year-old can’t play every game for the Red Devils this term while there could be phases where he may go through a rough patch. United need strong competition.

Wan-Bissaka has been superb defensively for United over the past three years, but his lack of attacking output means that he could be loaned or sold out before the deadline.

West Ham United and former club Crystal Palace are interested in the 24-year-old. He appears likely to move on if the Red Devils manage to strike a loan deal for Dest or Meunier.

Among the two, Meunier seems the more ready-made signing for United with his vast experience. The 30-year-old has the aerial presence and may quickly adapt to English football.

However, we won’t be surprised if United pursue Dest. Erik ten Hag knows him from their time together at Ajax. In case of the 21-year-old, the club could be tempted to include a buy option.