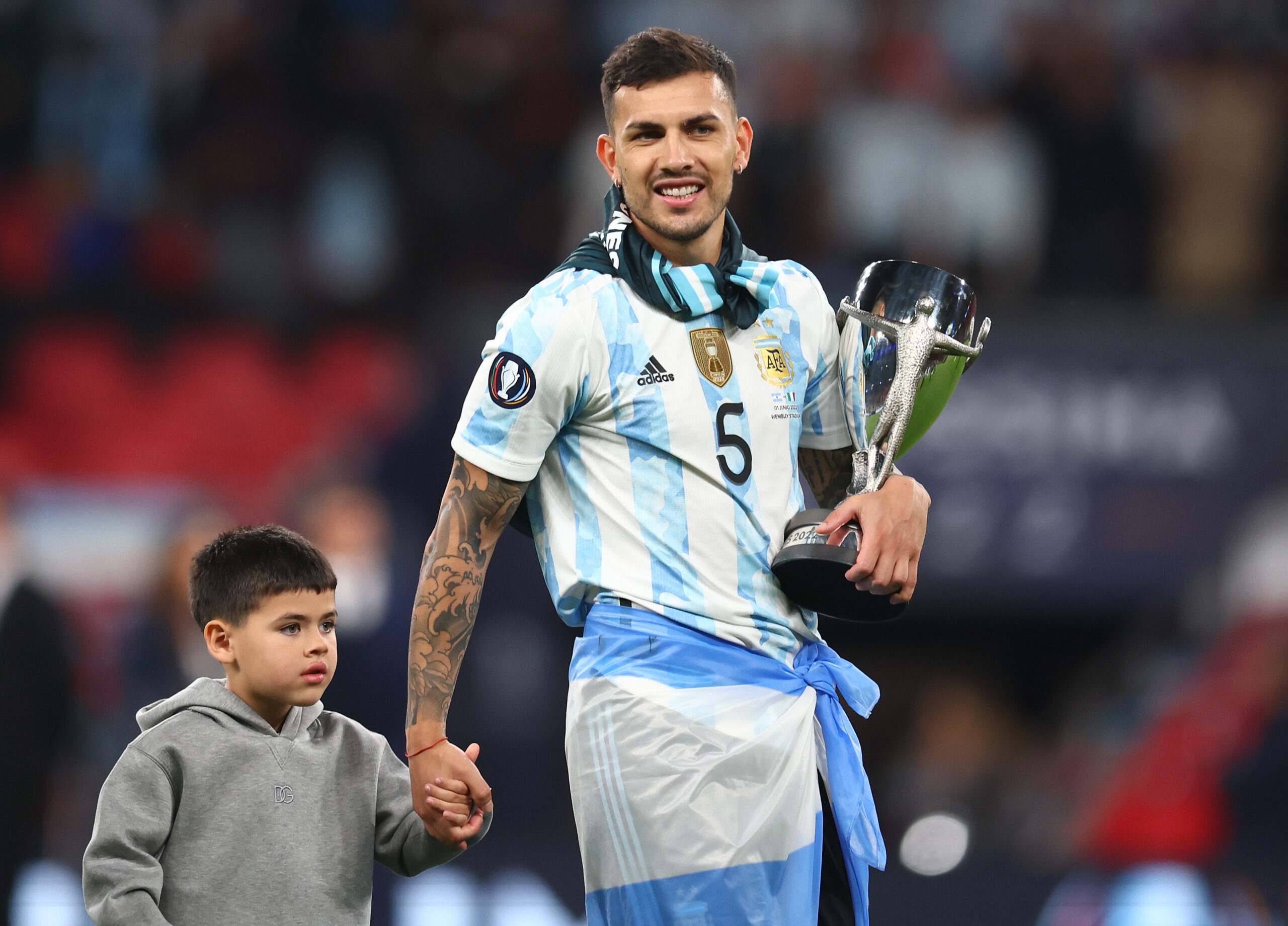 Manchester United have enquired over the possibility of signing Paris Saint-Germain midfielder Leandro Paredes, according to French outlet L’Equipe.

The Red Devils are looking to sign a new defensive midfielder this summer but so far, they have been unsuccessful with talks still ongoing with Barcelona for Frenkie de Jong.

Amidst this, they could be eyeing alternative transfer targets. Paredes seems to be one of them, but L’Equipe claim that a deal is highly unlikely at the moment.

United recently enquired over the availability of Paredes, but ‘walked out of dialogue’ after Les Parisiens quoted a fee of €35 million (£29.6m) for the Argentina international.

The Red Devils lost the services of Nemanja Matic and Paul Pogba this month, and they obviously need reinforcements in the centre of the park for next season.

Christian Eriksen should arrive on a free transfer in the coming days, but the Denmark international is an attack-minded midfielder, who is primarily focused on creating chances.

The club need another midfielder with a strong defensive resolve. De Jong would be a quality acquisition for the number six role, having excelled under Erik ten Hag at Ajax.

However, negotiations have seemingly reached an impasse. United are yet to finalise the structure of the add-ons while there are fresh doubts whether De Jong would join them.

Paredes would have been a solid signing for United few years ago, but he would be a risky signing at the moment, considering his injury troubles over the past 12 months.

The ex-Roma man missed at least 20 competitive games with multiple injuries last term, and it does not appear worthwhile to sign him unless Les Parisiens lower their price.

Even then, United would be better off looking elsewhere. Paredes is already 28, but would still command big wages. It could be another Bastian Schweinsteiger situation.