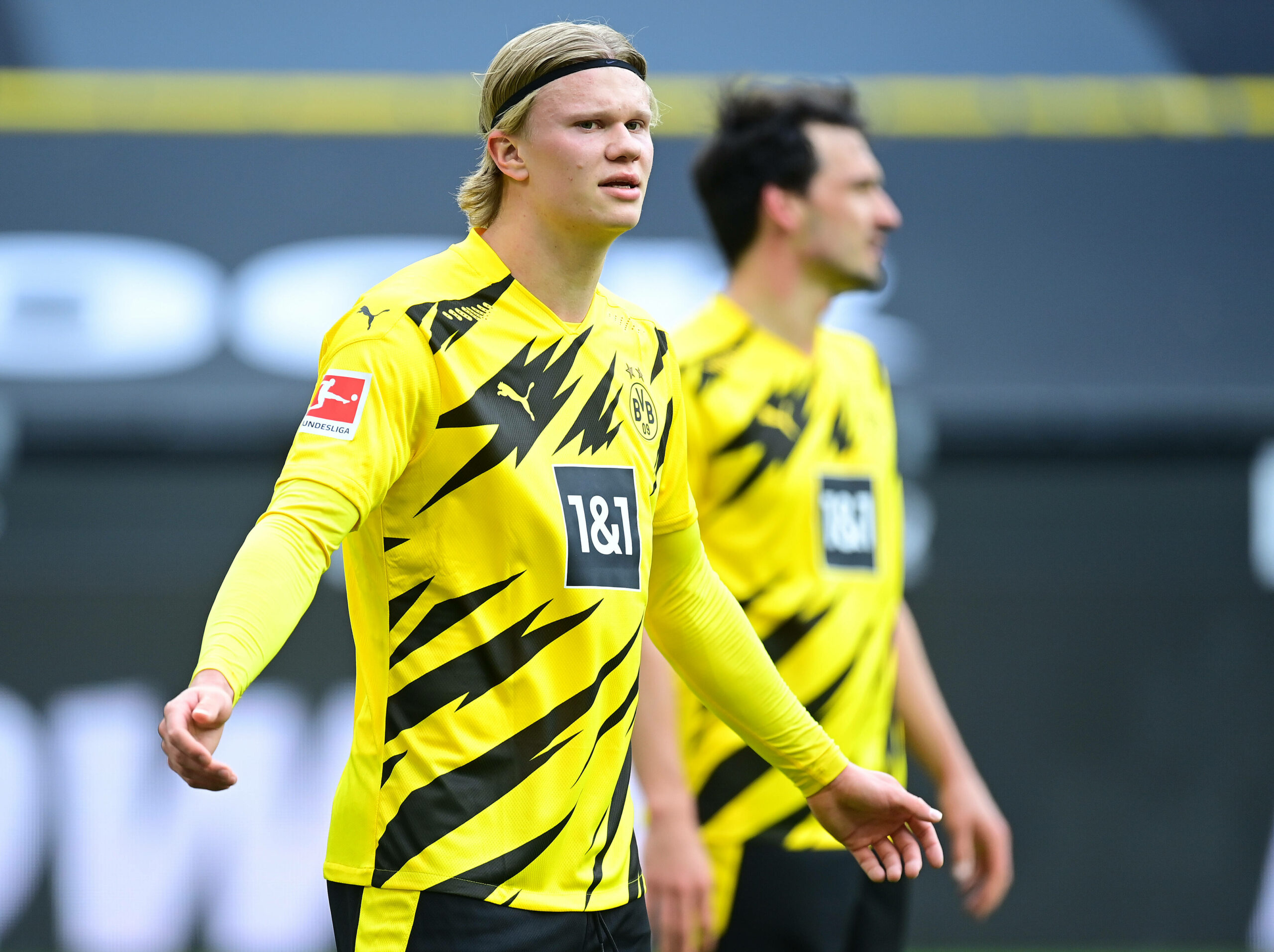 Manchester United’s interest in Erling Haaland has taken a back seat as the English powerhouse look to pursue other targets, per The Athletic.

The Norwegian has been a subject of high-profile links to Old Trafford, with Ole Gunnar Solskjaer seeking a reunion with his former pupil.

Solskjaer handed Haaland a senior breakthrough while in charge at Molde and has since kept close tabs on the striker’s development at Red Bull Salzburg and Borussia Dortmund.

Even though the 48-year-old needs a player of his compatriot’s calibre, Dortmund’s monumental price tag is likely to price United out of the move.

It is understood that the Bundesliga giants have slapped an eye-watering £128 million asking price on Haaland’s head going into a potential bidding war this summer.

Meanwhile, the Red Devils need to add at least two more pieces to their well-knit squad, with a new centre-back and a right-winger topping Solskjaer’s list of priorities.

After seeing Victor Lindelof and Eric Bailly performing in patches throughout this season, the Premier League giants are looking to bring in a new partner for Harry Maguire.

Real Madrid star Raphael Varane remains a dream for Ed Woodward and United’s recruitment team, with the Frenchman yet to sort out his contract in the Spanish capital.

After spending a splendid decade in Madrid, the 27-year-old defender seems poised to find a fresh challenge elsewhere.

Varane is approaching the final 12 months of his contract and could be available for transfer this summer as Florentino Perez looks to cash in on his wantaway players.

Another name on Solskjaer’s wishlist is Brighton Hove Albion’s Ben White, who has gone from strength-to-strength in his maiden Premier League campaign.

The 23-year-old would be Maguire’s favoured partner, given his understanding of English football and culture.

United are also interested in Jules Kounde, who has been fantastic for Sevilla over the past couple of seasons.

However, the French starlet will command a substantial transfer fee, which could blow the Red Devils out of the water.

Solskjaer is also keen to recruit a new winger.

As is now the case with Haaland, the sticking point in negotiations was the Englishman’s staggering £105m price tag.

However, Dortmund got to the former Manchester City youngster first and are now looking to make a hefty profit from his sale.

After missing out on his signature last summer, Solskjaer could reignite his interest in Sancho to add quality and depth to his front line.