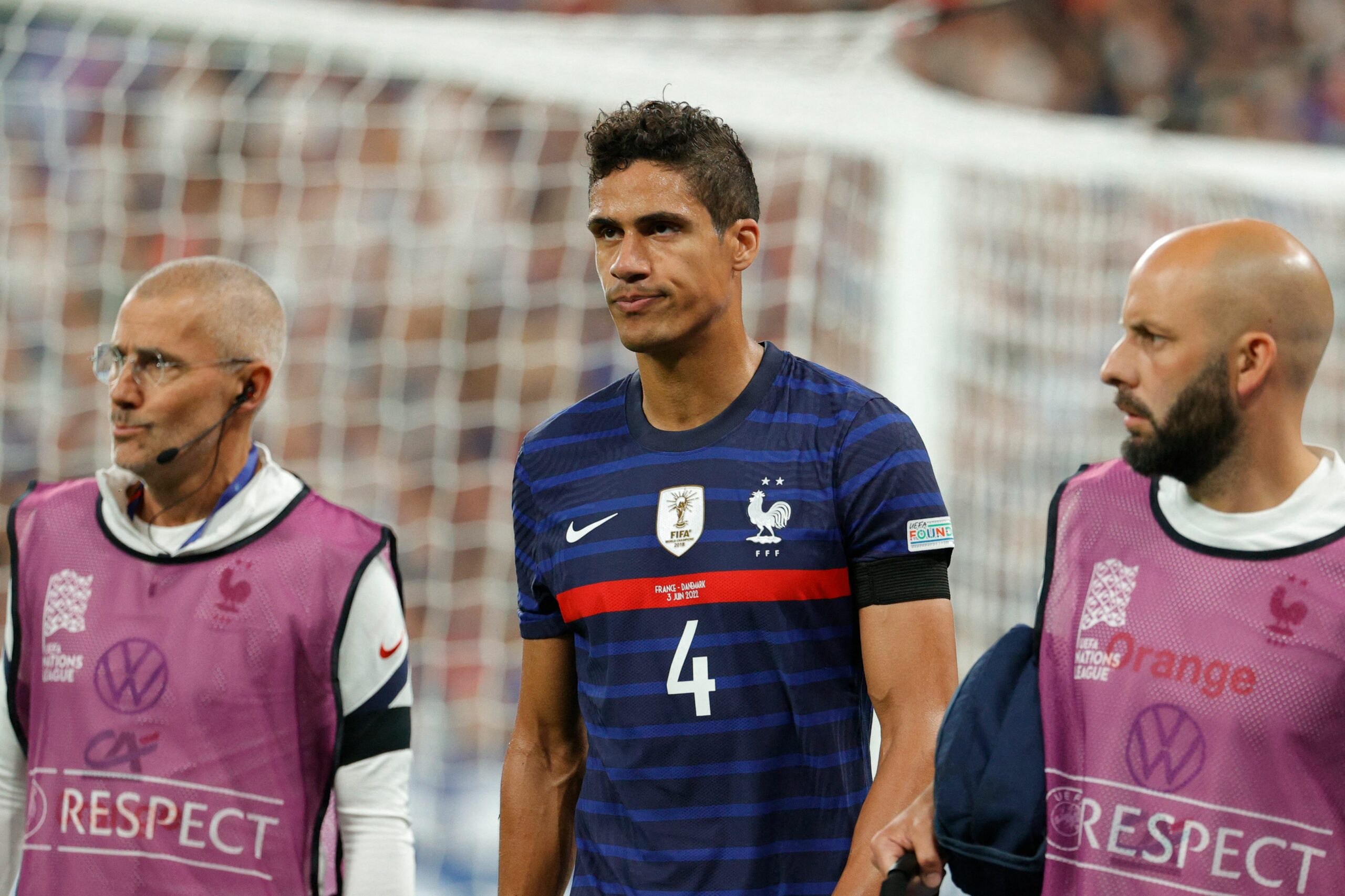 The centre-back joined the Red Devils from Real Madrid with huge expectations last summer, but struggled to find consistency in his performances amid regular injuries.

The Frenchman missed 15 competitive games with mostly muscular problems, and his woes continued last night as he was substituted at the hour mark with a hamstring issue.

Speaking after the game, France assistant Guy Stephan said: “Raphael has a muscular problem behind the thigh. He felt some pain. He’s also going to take medical exams.”

His substitution paved the way for Denmark’s turnaround. Andreas Cornelius stunned Les Bleus and their fans as he scored twice coming off the bench to secure a 2-1 comeback win.

Varane is regarded as United’s best central defender. On his day, the £54 million-rated star has been a commanding presence, but his injury record should concern new manager Erik ten Hag.

The plan appears to partner him with a new summer signing, potentially Jurrien Timber. However, the strategy may not work out if the World Cup winner can’t stay fit over an extended period.

He has had injury troubles throughout his illustrious career, but last season was one of his worst in that aspect. He made less than 30 appearances for the first time since the 2013/14 campaign.

This should worry Ten Hag going forward. The only positive is that Varane will now have the chance to recover and could be fit in time for the early pre-season campaign scheduled from June 27.

Meanwhile, Victor Lindelof also pulled out of international duty recently, and both players could be involved in the early weeks of pre-season, getting to adapt to the new style of play under Ten Hag.