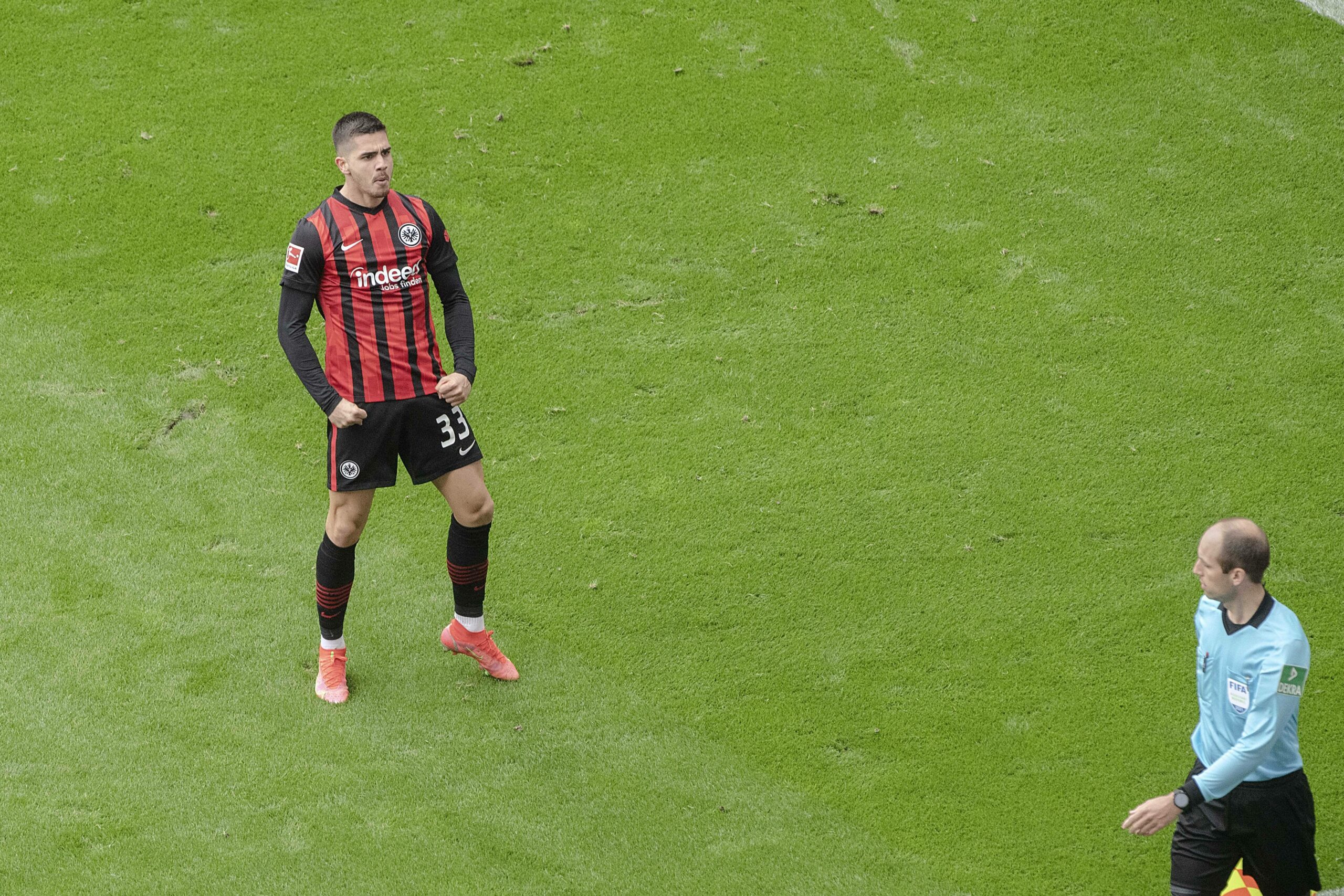 Ole Gunnar Solskjaer is on the lookout for an out-and-out No 9 to lead the line at Old Trafford next season, and Silva’s name has popped up among the potential candidates.

However, United would have to fork out in excess of £100 million to land either one of them.

The Red Devils are exploring other opportunities in the market, and the Portuguese forward looks a reasonable choice.

Silva has flourished in the Bundesliga since securing a permanent move from AC Milan in the summer of 2020.

The 25-year-old has bagged 24 goals and provided nine assists in 29 appearances in all competitions this season.

In addition to performing in a sublime form, the Portugal international has proved to be quite flexible adapting to tactical changes.

After spending the first half of the season as a lone centre-forward, Silva has been equally impressive partnering with Real Madrid loanee Luka Jovic after the Christmas break.

While United’s high-profile targets would likely require Solskjaer to give up his idea of reinforcing other departments, the ex-Porto man will be available for just £26m.

Silva’s signing would leave a sizeable portion of the budget at the Norwegian’s disposal to pursue a centre-back and a right-winger at the end of the season.

Meanwhile, the Red Devils are fighting tooth and nail to convince Edinson Cavani to extend his stay at Old Trafford for another season.

The 34-year-old striker is still in two minds over what to do next, with Boca Juniors continuing to put pressure on his father to bring him to South America.

After scoring a fine header in United’s 3-1 win at Tottenham last weekend, Cavani was on the scoresheet again on Thursday.

The Uruguay international broke the deadlock as the Premier League side sealed a 2-0 Europa League second-leg triumph over Granada.