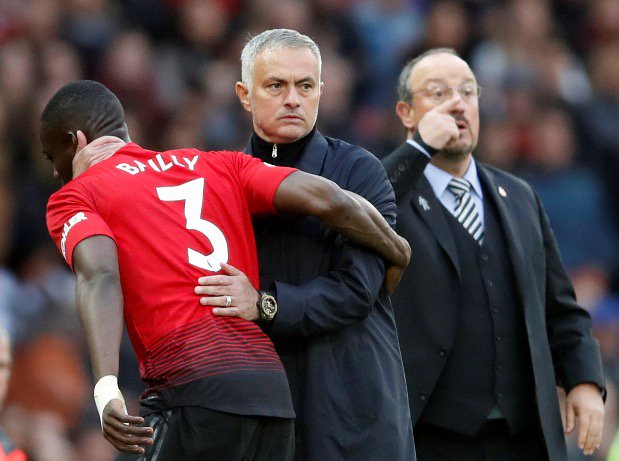 Manchester United could receive offers from several clubs around Europe for Eric Bailly, according to reports.

The Ivorian centre-back has fallen out-of-favour with Jose Mourinho and has not featured since the opening 20 minutes of our 3-2 win over Newcastle United at the start of October.

Bailly hasn’t even made the bench in our past three games following the return to fitness of Phil Jones, despite the 24-year-old being our best centre-back. Chris Smalling and Victor Lindelof have formed a centre-back partnership in recent weeks but there’s no doubt we’re missing Bailly.

However, Jose can be a stubborn man and therefore I don’t expect Eric Bailly to be at Old Trafford much longer.

AC Milan are the latest club to be rumoured to have an interest in the former-Villarreal man. The Italian giants are currently without captain Alessio Romagnoli, Mateo Musacchio and Mattia Caldara for several weeks due to injury and as a result Corriere dello Sport (via Sky Sports) believe they could make an offer for Eric Bailly in January.

The report also claims that Chelsea’s Gary Cahill could be an option for the Milan club.

As well as AC Milan, Paris Saint-Germain, Arsenal and Tottenham Hotspur have all been linked with a move for Eric Bailly in January, in recent days.

Jose Mourinho splashed out £30 million on the centre-back from Villarreal during his first summer at Manchester United. When Bailly has been fit and playing he has been excellent for us, but it appears the Portuguese coach has some off-the-field issues with the player that is costing him first-team football at the club.

It would be a real shame to lose such a talented player but if Jose Mourinho is still our manager in January then it’s starting to look like Bailly be on his way out at the start of the new year.