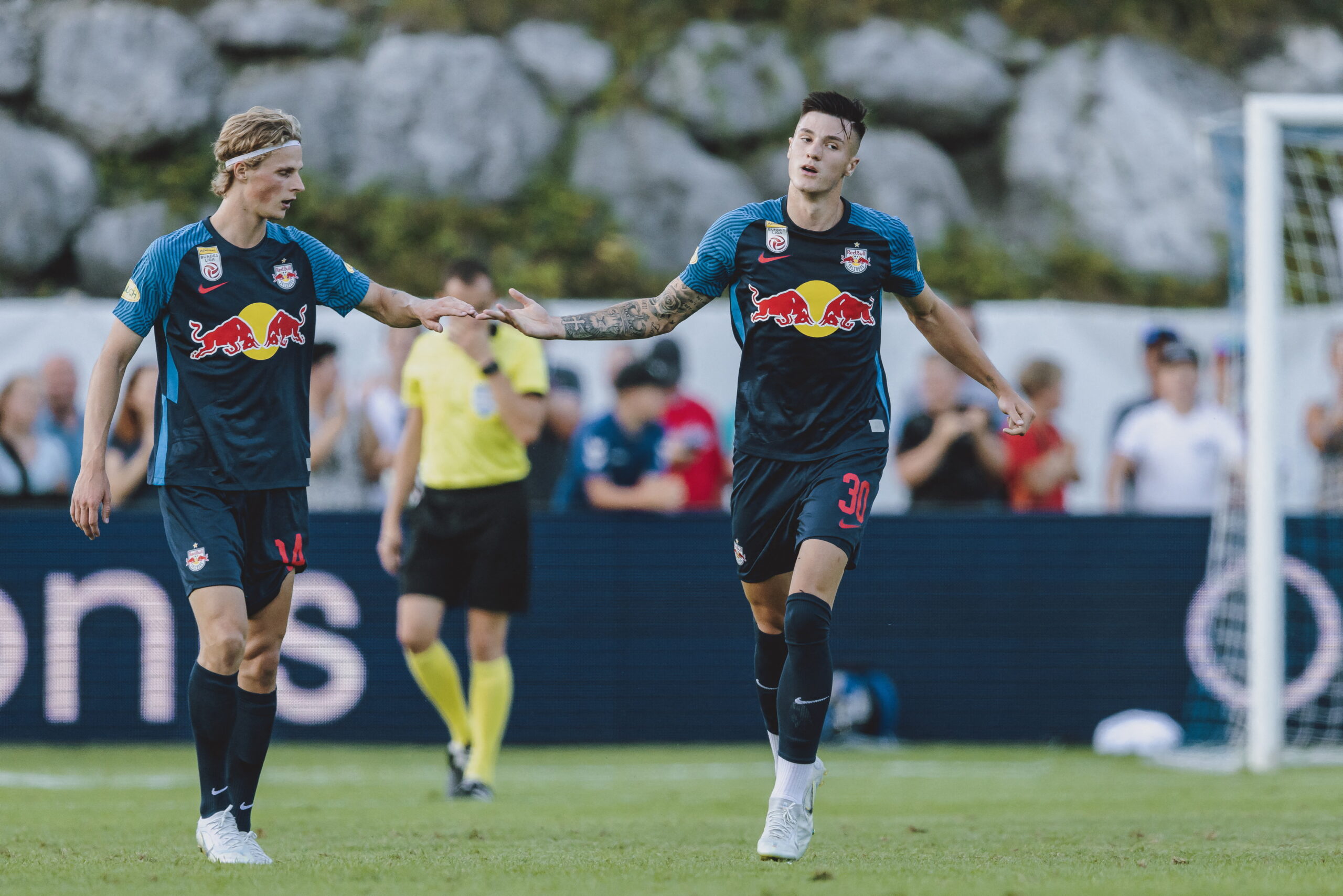 Manchester United are considering moves for Sasa Kalajdzic and Benjamin Sesko amid the uncertainty over Cristiano Ronaldo’s future, The Daily Mail report.

The Red Devils have been active during the ongoing transfer window with the purchases of Tyrell Malacia, Christian Eriksen and Lisandro Martinez.

More signings are likely over the coming weeks. A new centre-forward could be pursued amid the uncertain future of Ronaldo at the club.

It is now reported that the Red Devils have Stuttgart’s Kalajdzic as an option, and he could be prised away for a low fee of £17 million.

Sesko of Salzburg is another player of interest to them. United have recently watched him in action and held talks with his representative last week.

The Slovenia international could be available for around £55m this summer.

A big outlay on Sesko would be worthwhile

Kalajdzic has made a big impression in the Bundesliga. He has 22 Bundesliga goals over the past two years despite dislocating his shoulder last term.

The Austrian’s main strength is his aerial presence. He has netted 50 per cent of his goals from headers, and would provide United with quality firepower.

However, if the club are to pick between Sesko and him, they would be better off going with the former.

Kalajdzic is a talented young striker at the age of 25, but his fitness record is concerning. He has suffered three long-term injuries over the past four years.

United spent large parts of last season without Edinson Cavani due to regular setbacks, and they can’t afford to carry another striker with similar issues.

Hence, Sesko would be the suitable choice despite the huge outlay required to land him. The 19-year-old bagged 10 goals and seven assists from 36 outings in his breakout season last term.

He has carried over the form this season with two goals and one assist in three outings. The youngster also starred against Liverpool in a 1-0 friendly win.

The teenager’s clever trickery was on display against the Merseyside giants. He also impressed with his movement while bagging the only goal of the game.

Sesko is also good in the air and has the hallmarks of becoming an elite striker in future. He could have the perfect platform to develop under Erik ten Hag.

The Dutch tactician has built his reputation on getting the best out of young graduates, and Sesko could prosper under him to become a leading star for United.