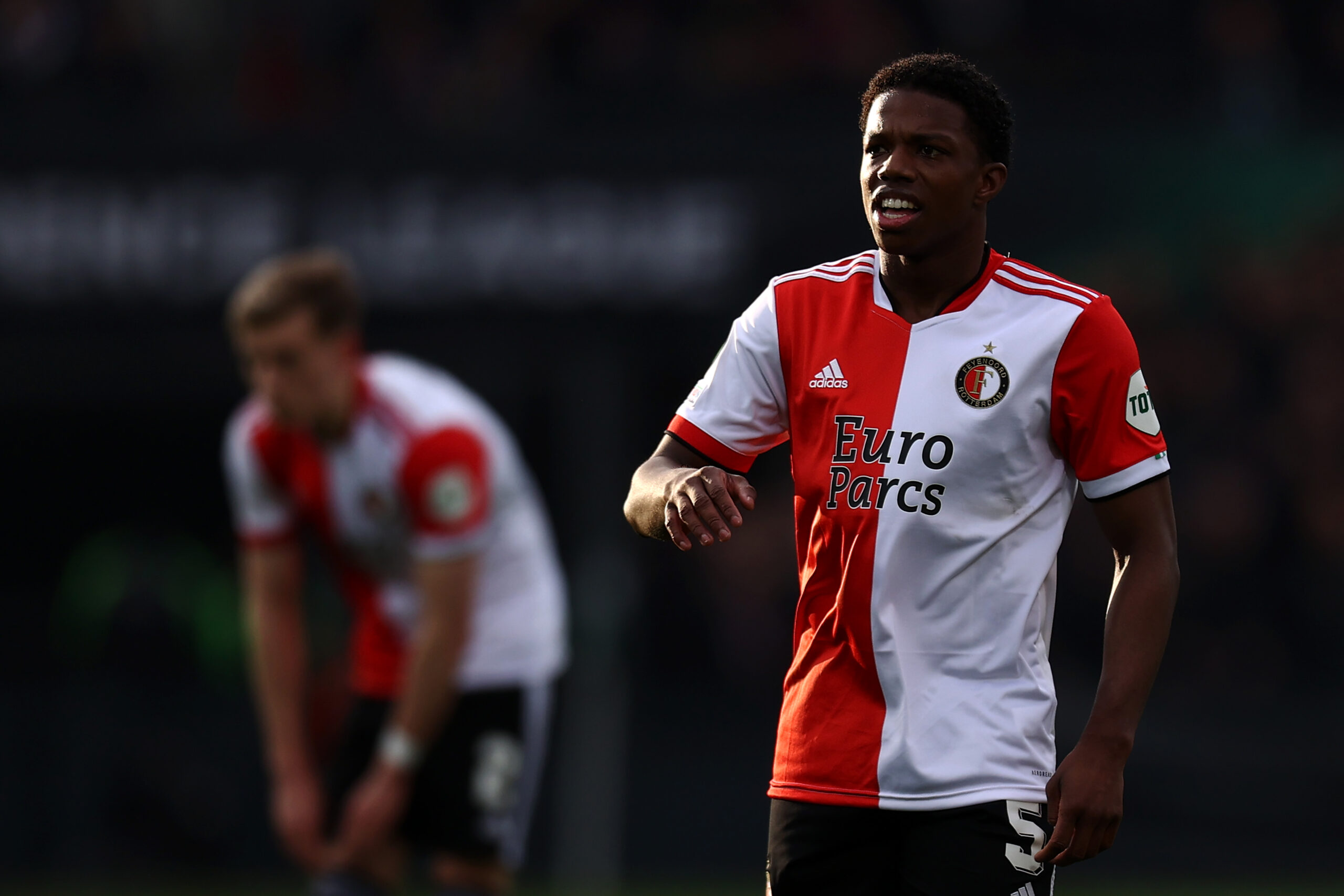 Manchester United have officially confirmed the signing Feyenoord defender Tyrell Malacia on a four-year contract with an option for another 12 months.

The Red Devils struck an agreement for the Netherlands international in late June, and they have now formally announced him as their first summer arrival.

Malacia also becomes the first purchase of the Erik ten Hag era, and he has now expressed delight over a new chapter in his career under a tremendous manager.

He told the club’s official website: “It’s an incredible feeling to have joined Manchester United. This is a new chapter for me, a new league with new team-mates and a tremendous manager [Ten Hag] leading us.”

Malacia has made good progress with Feyenoord over the past few years, and last season, he averaged an impressive 2.7 tackles per league game.

The 22-year-old also won six duels per appearance. These statistics are much superior to what Luke Shaw achieved (1.1 tackles and 3.2 duels won).

Of course, a move to the Premier League presents a more difficult challenge, but Malacia will be hoping to make an instant impression.

Attacking wise, Malacia still needs to work on his crossing, but he likes to make regular overlapping runs as well as attempting shots on goal.

There are no surprises that Ten Hag wanted to sign him at Ajax. He suits his tactical system and could emerge as an undisputed starter in the long run.

The arrival of Malacia could pave the way for Alex Telles and Brandon Williams to leave United. Telles needs minutes for World Cup selection.

The Brazilian has been called up by Tite during recent international breaks, and needs to be playing regularly to feature at the showpiece event.