Man Utd closing in on transfer for Spanish midfielder 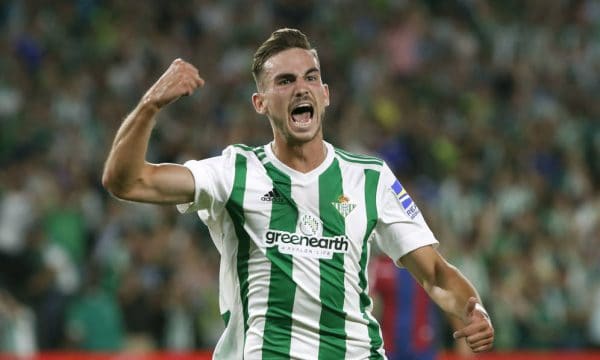 Manchester United are expected to sign two new central midfielders over the summer following the retirement of Michael Carrick and the impending departure of Marouane Fellaini.

We have been linked to a number of players over the past couple of months with Napoli’s Jorginho, Lazio’s Sergej Milinkovic-Savic and Shakhtar Donetsk’s Fred being the most predominantly linked.

However, reports in Spain are now suggesting that we are close to landing Real Betis midfielder Fabian Ruiz.

Spanish outlet Don Balon claim that we have won the race for the 22-year-old’s signature and that Ruiz is close to joining us in a €30 million (£26.3m) deal this summer.

Fabian Ruiz is a creative midfielder who chipped in with three goals and six assists in La Liga this past season.

The young Spaniard likes to take a pop at goal from long range whilst is also a keen dribbler who likes to do quick layoffs to get him in and around the penalty area.  Although his defensive contribution can be questioned.

Paul Pogba is the only creative player we have in central midfield currently as Ander Herrera backtracked this past season and Juan Mata is usually used on the right wing under Jose Mourinho.