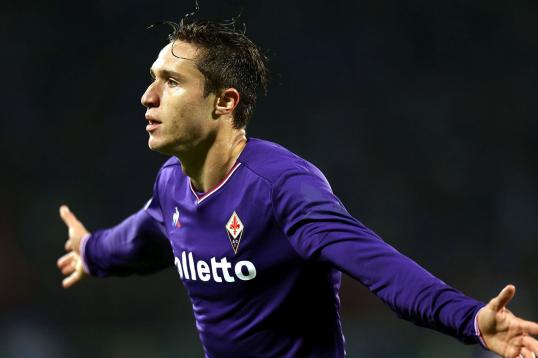 We continue to be linked to numerous players in all positions, with another central midfielder, a left-back and centre-back our priority targets.

However, we are also being linked to a fair few attacking players.

The latest player that Manchester United have been linked to is Italian international Federico Chiesa.  The 20-year-old is predominately a right winger but is also capable of playing on the left.

Chiesa has also attracted interest from Manchester City and Liverpool this summer.

The son of Parma legend Enrico, Federico Chiesa has spent his young career with Fiorentina to date and has already earned five caps for the Italian national team.

It seems that every player we have been linked to this summer is coming with a hefty transfer fee, and the Gazzetta dello Sport (via talkSport) report is no different as they believe we will need to splash out £62 million if we want to bring Chiesa to Old Trafford this summer.

Federico Chiesa doesn’t have the best of goalscoring records with only nine goals in 63 Serie A appearances during his time with Fiorentina.  However, he is very young and has good potential.  He has already shown good ability to cut inside from the right wing and look threatening and is also very good at running with the ball.

Jose used several players down the right wing last season – predominately Jesse Lingard, Juan Mata and Marcus Rashford.  However, the boss doesn’t seem too keen on Mata nor settled on a player in this position, so we wouldn’t be surprised to see us making a move for a new right winger before the start of next season.