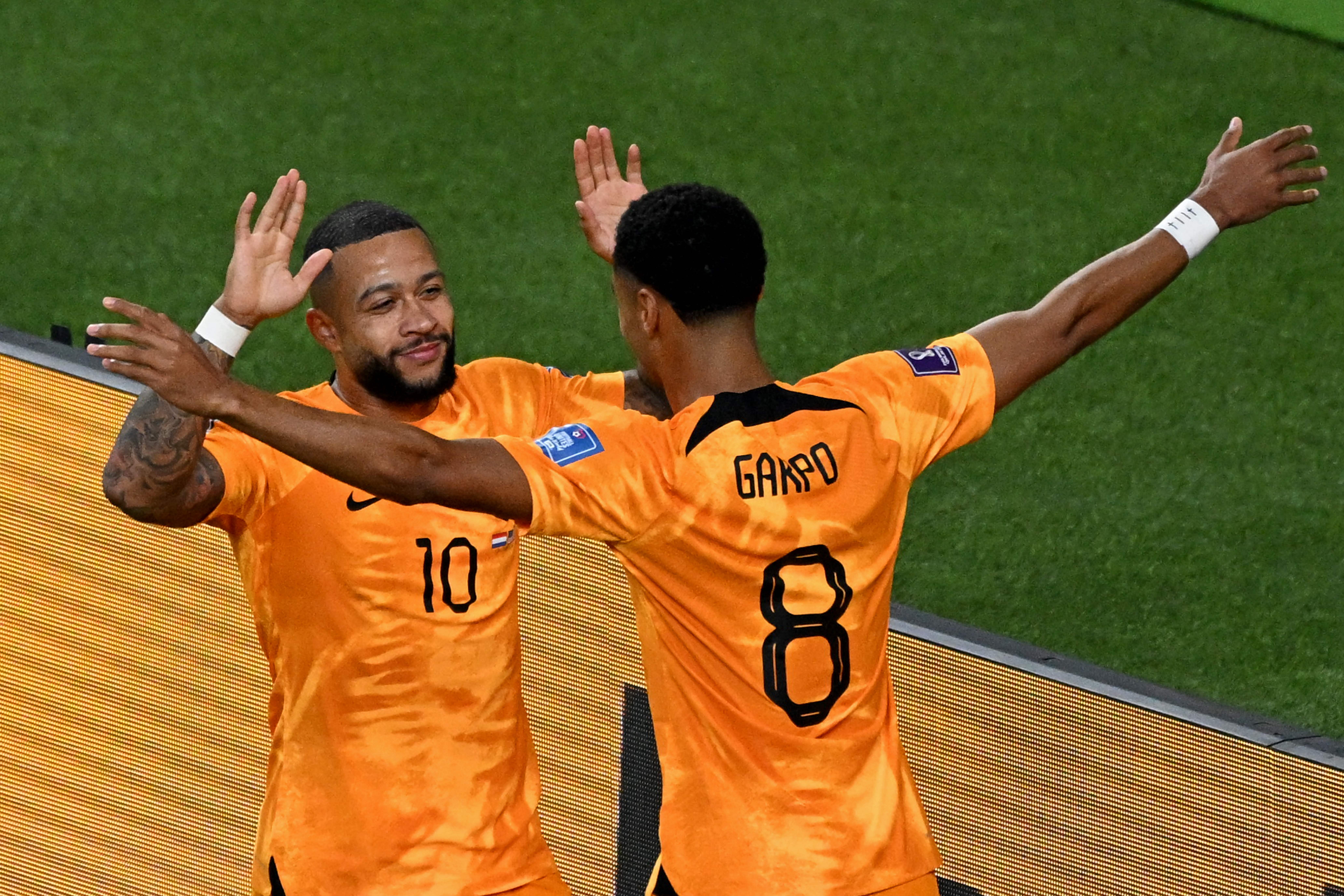 Manchester United will get the opportunity to see their top attacking targets in action when the Netherlands face Argentina in the World Cup quarter-final on Friday.

The Red Devils are planning to bolster their attack during the winter transfer window following their decision to terminate the contract of Cristiano Ronaldo last month.

PSV Eindhoven’s Cody Gakpo has been heavily linked with a move to Old Trafford and there are no surprises, considering his excellent run of form this campaign.

The 23-year-old has been a revelation this term with 13 goals and 17 assists from 24 outings for PSV. He has also bagged three goals for the Dutch at the World Cup.

With a price tag of around £50 million, he should be a no-brainer signing for the Red Devils and has the opportunity to impress the club against Argentina this week.

While United seem convinced to land Gakpo this winter, there is a possibility that they could also pursue the services of Memphis Depay from Barcelona next month.

The Dutchman, who was formerly at Old Trafford between 2015 and 2017, is set to be available for just £4.3m in January with his contract expiring in June next year.

It has been claimed that United are the ‘most interested team‘ in signing him. He has the chance to boost his transfer prospects with another stand-out display for his country.

Depay bagged the first goal in the Netherlands’ 3-1 win over the United States in the round of 16.

The Argentina game is probably the biggest challenge for the Dutch since the beginning of their World Cup campaign and United scouts should be in attendance on Friday.

Gakpo and Depay are set to lead the attack together. They have the chance to prove their credentials and avenge the penalty shoot-out loss to Argentina in the 2014 semi-final.