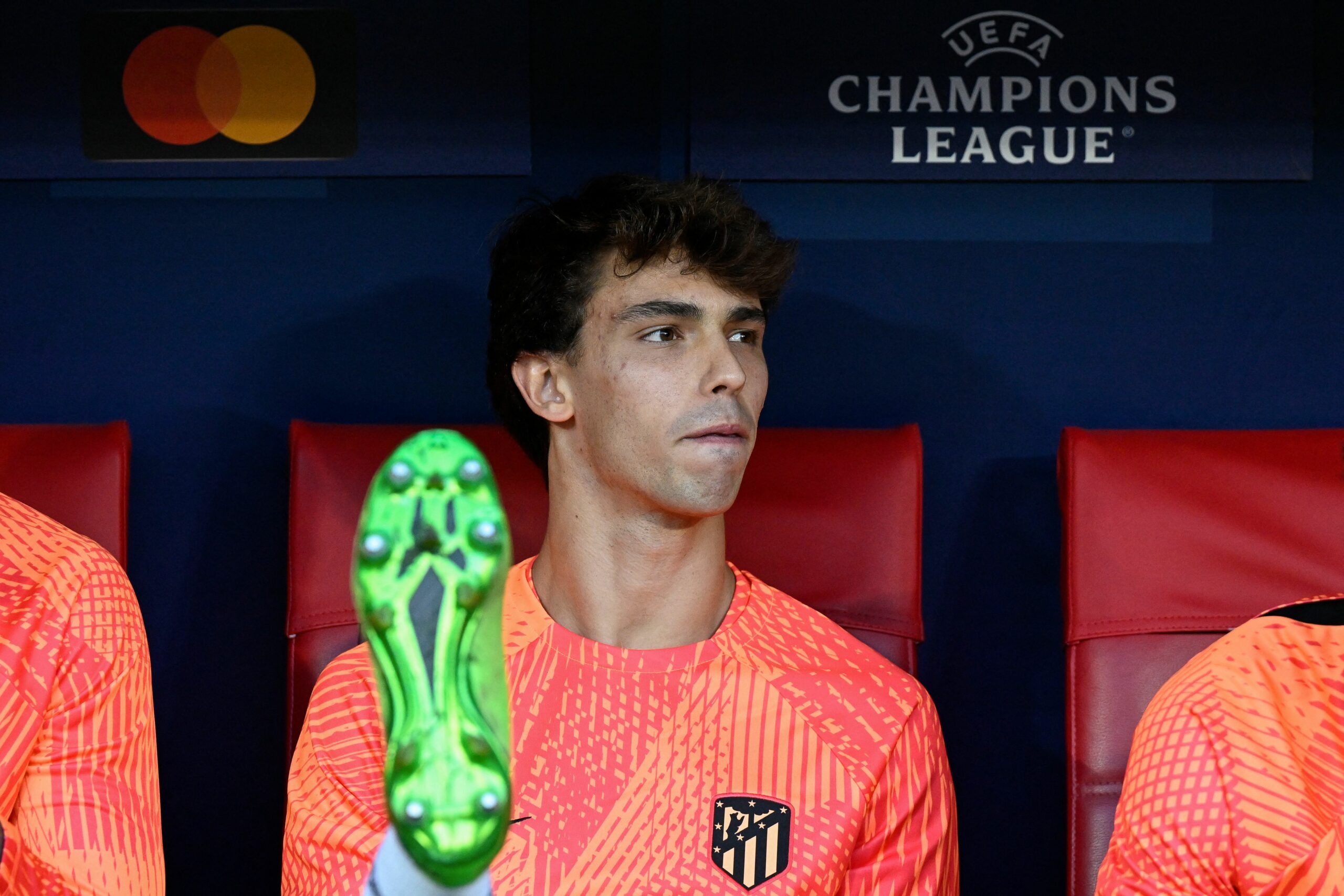 Manchester United are keeping a close eye on Joao Felix, who is keen on leaving Atletico Madrid during the January transfer window, Portuguese outlet A Bola claim.

The 22-year-old started the campaign on a strong note with a hat-trick of assists against Getafe, but has since failed to make a single goal contribution for his side.

He has in the process lost his place in the starting line-up and was reportedly left frustrated in midweek when he was an unused substitute against Club Brugge.

A Bola report that Felix’s relationship with manager Diego Simeone has apparently deteriorated and there is no possibility of a reconciliation ahead of the New Year.

The Portuguese star is now eyeing a winter exit from Atletico. United, who were regularly linked with him over the summer, are said to be ‘attentive’ over the situation.

Meanwhile, a separate report from Marca cite that the player met with his agent Jorge Mendes after the midweek snub, further fueling speculation over his future.

United were regularly mentioned as candidates to sign the Portuguese over the summer and there was also talk of them failing with a €130 million transfer bid.

However, we don’t believe in such stories. United were hesitant to pay the €100m fee for Antony until the final days. It is unlikely that they would have offered significantly more for Felix.

The youngster is undoubtedly talented, but has yet to find the consistently that would transform him into one of the most sought-after players in world football.

He has had a maximum return of just 16 goal contributions in a season at Atletico. Much more is expected from a player, who cost a hefty €126m for Atletico.

Even if he becomes available in the transfer market this winter, it is unrealistic to expect United to spend such a figure after John Murtough revealed the club’s stance.

The football director made it clear that there won’t be extravagant spending hereon and United’s main focus lies on bolstering the squad in the summer transfer windows.

Felix, who is now valued at €70m by Transfermarkt, may probably need to wait until the end of the season for a European club to come forward with a huge transfer bid.