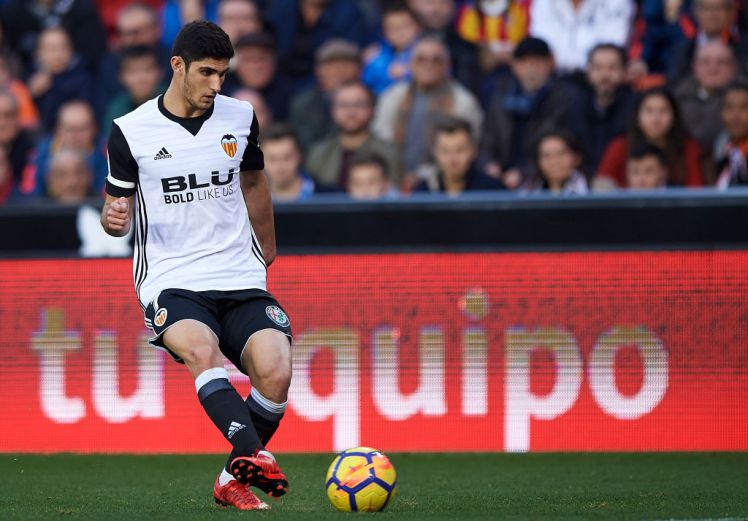 Manchester United have been linked to a number of attacking players this summer but have so far only seen three defensive additions join the club.

However, it appears we are making progress on recruiting a new player down the right wing for the upcoming season as reports in Spain are claiming we have had an offer accepted for Portuguese international Goncalo Guedes.

Spanish outlet Don Balon (via TeamTalk) are reporting that Paris Saint-Germain have accepted an offer of €80 million (£71m) for the 21-year-old.

With much speculation surrounding the future of Anthony Martial, Jose Mourinho could be looking at Guedes as a replacement for the French international and one who can play down the right wing instead.

Martial was one of several players the boss tested down the right wing last season but with limited success.  Wanting to challenge Manchester City and co for the 2018-18 Premier League title, Jose appears keen to bring in an out-and-out right winger this summer.

Following reports that Gareth Bale is set to stay at Real Madrid, it appears Jose has swiftly moved on and set his sights on another target.

Goncalo Guedes was highly-rated three years ago at Benfica where he started his career before earning a big money move to Paris Saint-Germain in January 2017.  However, he only made seven Ligue 1 appearances in his first season and then spent the 2017-18 campaign on loan at Valencia in Spain.

Given that it appears the youngster’s future in the French capital is bleak we should have a good chance of bringing the highly-rated attacker to Old Trafford this summer.

It is also reported that Valencia have refused to meet PSG’s asking price for the player which gives us an excellent opportunity to sign our target.

Goncalo Guedes is capable of playing on both wings as he showed by playing the majority of his games down the left for Valencia last season, having played on the right previously.  He’s technically gifted and a good dribbler who can put some good crosses into the box.  He’d certainly add to our creativity in midfield should we sign him this summer.