Man Utd 4-0 Liverpool: United on fire in Thailand as the Erik ten Hag era begins with a bang 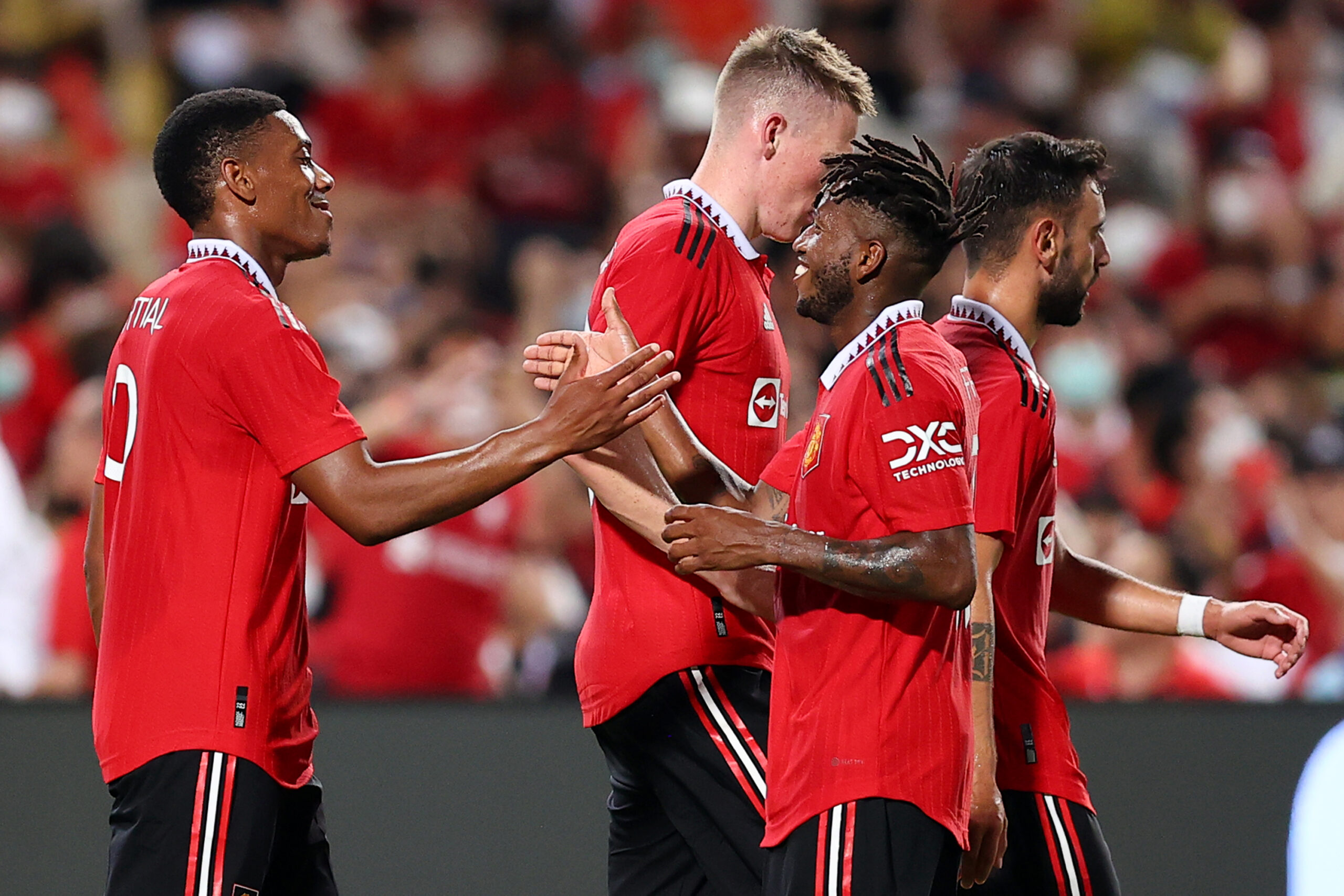 Manchester United eased past the challenge of Liverpool in an emphatic 4-0 victory at The Rajamangala National Stadium.

Taking charge of his first game as United boss, Erik ten Hag lined his men up in a 4-2-3-1 system with the attacking quartet of Jadon Sancho, Bruno Fernandes, Marcus Rashford and Anthony Martial all getting the nod to feature from the off.

The game kicked off with real intensity as both sides were keen to lay down an early marker, although neither team was able to able to register an effort on target until the 11th minute when Luis Diaz forced David de Gea into action.

Unsurprisingly, United’s confidence grew after they edged ahead, and they came close to doubling their lead in the 18th minute but Rashford could only hit the side netting after some great work from Fred to win the ball high up the pitch.

In search of a response, Liverpool turned on the style shortly afterwards and the Reds were nearly rewarded with an equaliser but Fabio Carvalho and Luis Diaz could only hit the woodwork in a sequence of play which also saw Diaz fluff his lines from about six yards out.

Fred continued to put in a shift and the Brazilian capped off a wonderful opening half-hour with a lovely chip to double his side’s lead after the ball broke to him on the edge of the box.

Liverpool rang the changes immediately as every outfield player was substituted, but that came as no surprise with Klopp hinting that would happen before the game.

Buoyed by their two-goal cushion, the Red Devils maintained their attacking endeavour. They went further ahead in the 33rd minute when Martial showed great composure to dink the ball over Alisson, following some good work from United to rob Liverpool of the ball in their defensive third.

It could have easily been four before half time, but Diogo Dalot saw his effort cannon off the post from a tight angle which was the last meaningful action of the first 45 minutes.

In stark contrast to the first half, the second 45 minutes began at a relatively slower pace and was the case until just past the hour mark when Klopp decided to introduce his biggest guns.

Nunez nearly got in on the act within 10 minutes of his arrival but the Uruguayan was denied by Tom Heaton, who had only just come on for the injured de Gea.

United had to withstand a lot of pressure after the interval, which was largely expected as their biggest rivals sought a response to going three down.

However, it was Erik ten Hag’s men on the scoresheet again in the 76th minute thanks to a lethal counter-attack started by Eric Bailly and finished in style by Pellistri.

At this point, Liverpool were chasing a lost cause, but they remained keen on at least getting on the scoresheet and making the scoreline more respectable.

Their biggest chance came three minutes from time, but Nunez had no luck in front of goal as he inexplicably blazed the ball over the bar from close range after Salah’s earlier effort rebounded off the post to the Uruguayan.

United were all smiles at the sound of the final whistle as they were handed the Bangkok Century Cup.

Next for the 20-time Premier League champions is a trip to Australia ahead of their next pre-season match against Melbourne Victory on Friday.