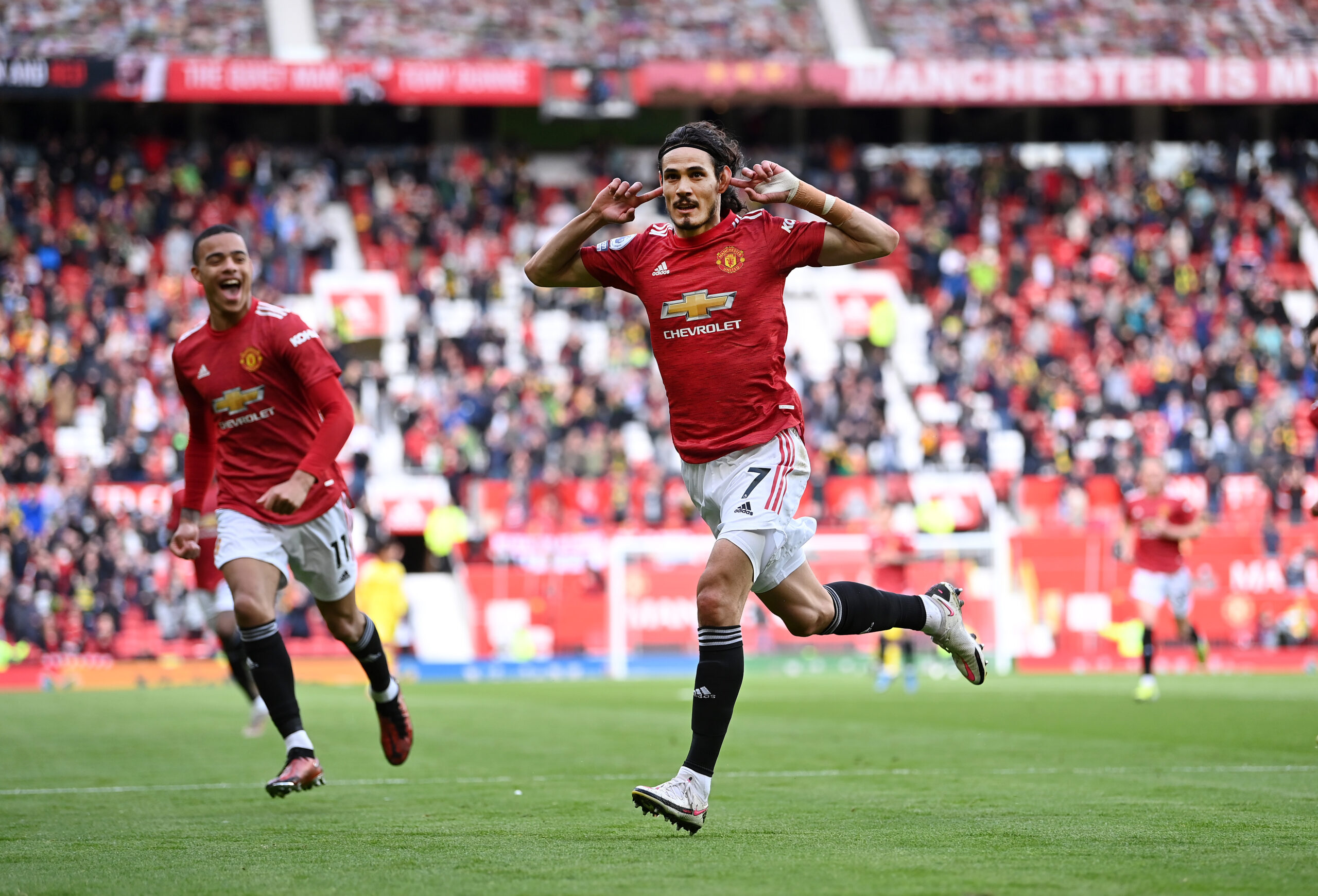 Manchester United are yet to allow the Uruguayan veteran to complete his switch to Camp Nou despite his limited game time at Old Trafford this season.

However, recent reports from Spanish outlet Sport have suggested the player has already accepted Barca’s contract proposal as part of his bid to secure regular first-team football away from Manchester.

Cavani has found himself down the pecking order this season, making just eight appearances in all competitions in the wake of Cristiano Ronaldo’s return to the Premier League.

The 34-year-old striker is keen to cut ties with the Red Devils and move to La Liga, with Barcelona reportedly waiting in the wings.

According to Campbell, Man United should use homegrown star Greenwood as a go-to option to fill the void instead of diving back into the transfer market.

“I think Cavani’s age is perhaps going against him,” the ex-Arsenal forward told Football Insider.

“Ronaldo is the main man now so do they really need Cavani?

“Ralf Rangnick will want to change things a little bit. It’s important to remember the likes of Greenwood has not got a lot of game time recently and he has not done anything wrong.

“He has hardly had a game of late, so the replacement is already there.

“Maybe Rangnick has told Cavani he will not get much game time this season and if that’s the case it’s right for him to move on.”

Greenwood enjoyed a stellar start to the new Premier League season before Ronaldo’s return to Old Trafford pushed him on the fringes of Ole Gunnar Solskjaer’s side.

The 20-year-old was on the scoresheet in his inaugural three top-flight appearances this term, with two of his goals securing Man United four points.

After scoring an equaliser in a 1-1 away draw with Southampton on Matchday 2, the English prodigy decided an evenly-contested fixture against Wolverhampton Wanderers at Molineux.

However, he has since run out of steam, finding the back of the net only once in his subsequent nine Premier League outings.

Since Solskjaer’s sacking in the wake of a 4-1 thrashing at Watford on November 20, Greenwood has been handed just 51 minutes of top-flight football.

Rangnick used the teenage sensation as a late substitute in a brace of victories over Crystal Palace and Norwich City.

Greenwood’s limited game time of late has put a big question mark over his head.

But Cavani’s departure may well throw Greenwood a lifeline in Manchester, after it looked like the youngster’s short-term future at Old Trafford could be up in the air under the German manager.

Manchester United In 2022: Where Do We Go From Here?
Marcus Rashford provides positive team update ahead of Newcastle United clash