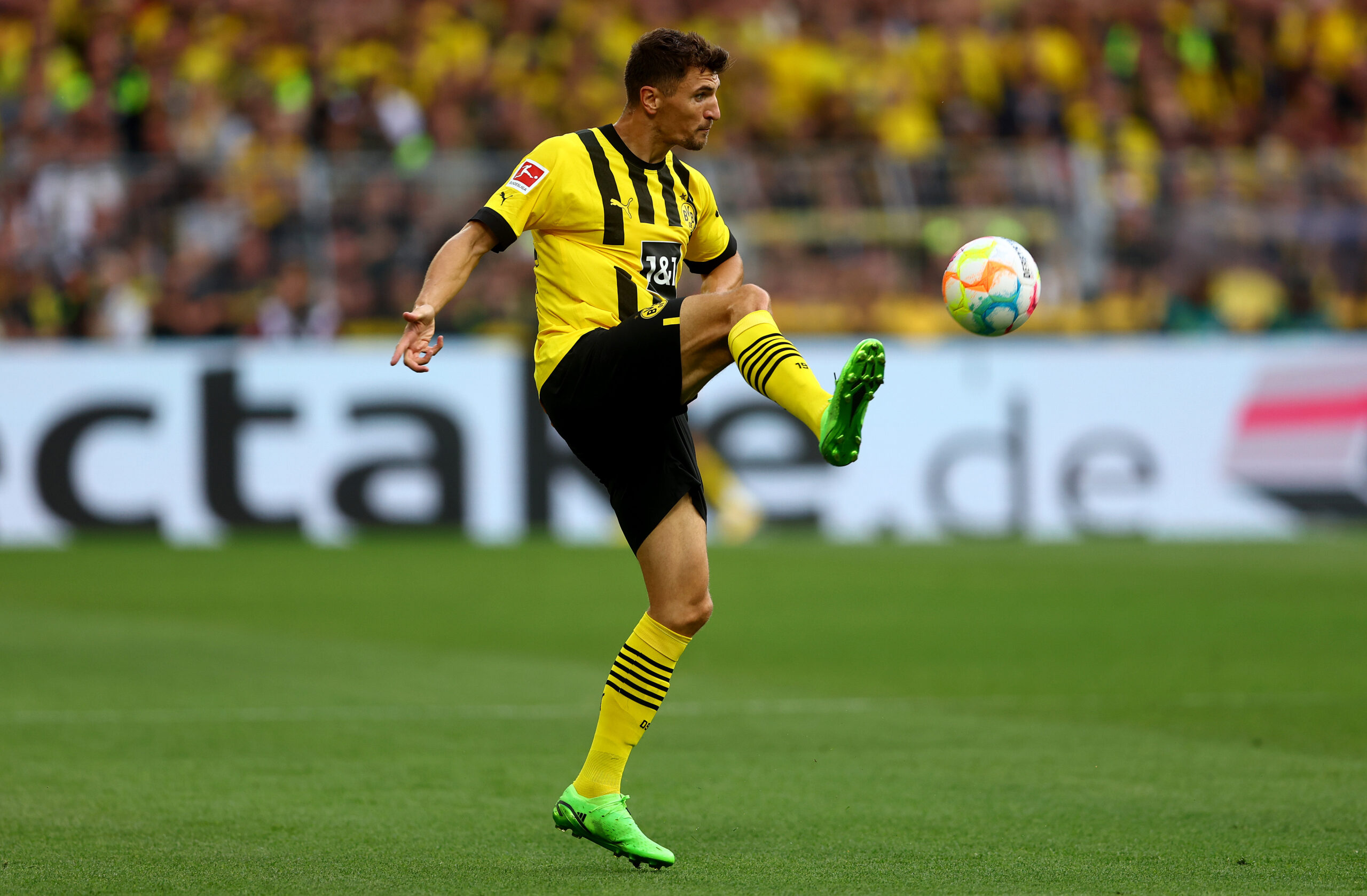 That’s according to a report from The Telegraph who claim that United manager Erik ten Hag is keen to bring in an upgrade on Aaron Wan-Bissaka.

The United boss must sign a top-class central midfielder and an elite centre-forward before the transfer window closes. Once those two have been ticked off the agenda, the addition of a right-back should be Ten Hag’s next priority.

And it seems as though the United manager has his heart set on one player in particular.

And Dortmund ace Meunier is apparently the man who Ten Hag thinks is perfect for the job. We think that the 56-capped Belgium international would be a very smart addition for United, albeit one more for the here and now rather than the future.

The 30-year-old bagged two goals and four assists in 17 Bundesliga appearances for Dortmund last season. During those outings, he averaged 1.7 tackles and 1.4 clearances per game. Meunier won an average of 1.4 aerial duels per match and made 56.9 passes per game with a completion rate of 78%.

The Belgian ace is physically strong, possesses impressive pace and has good technique for a defender. Standing at 6ft 3in tall, he is ideally built for the robust and intense nature of Premier League football.

And if United manage to sign Meunier for around £12.6m, we think that would be a good piece of business from the club.