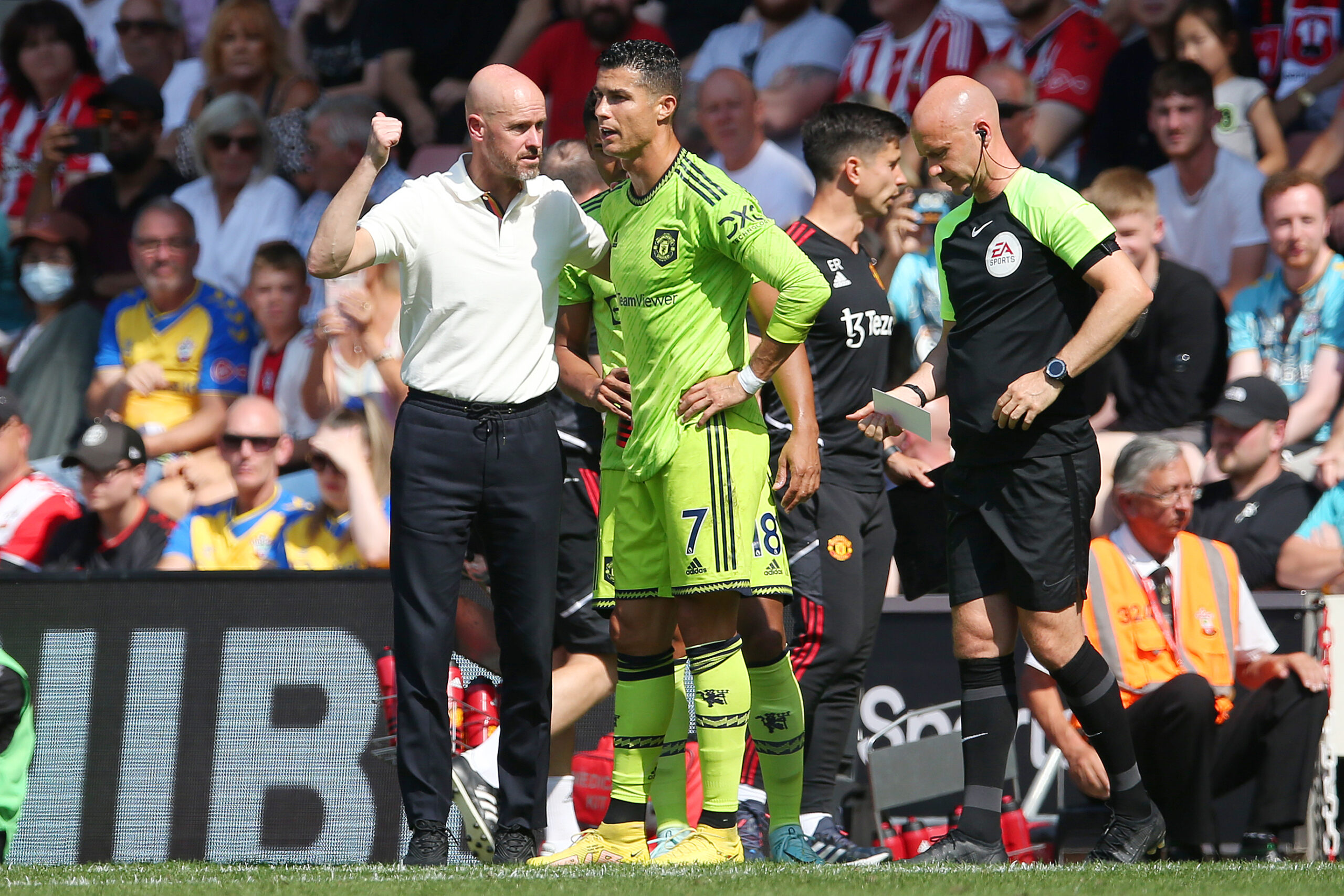 Manchester United players are impressed by Erik ten Hag’s handling of Cristiano Ronaldo after he refused to come on as a substitute against Tottenham Hotspur.

Ronaldo walked down the tunnel before the final whistle at Old Trafford after refusing to come on as a late substitute in United’s 2-0 victory over Spurs.

Ten Hag decided to exile the 37-year-old from the Man United squad which drew 1-1 with Chelsea.

Manchester Evening News reports the ‘players were impressed by the delicate but authoritative way he handled the situation’.

United are set to host FC Sheriff on Thursday in the Europa League.

Ronaldo will be in line to have showdown talks with the manager before the latter decides to reintegrate the striker back into the team.

He has started in each of United’s Europa League fixtures this term. His first of the two goals this season came against the same opponent a few weeks back.

With doubts about Anthony Martial’s fitness, Marcus Rashford is the only other first-team striker available to the manager.

United’s number 10 has been lively in the final third but is guilty of missing several goalscoring chances.

If Ten Hag decides to recall Ronaldo back into the XI, he will get a player who is much calmer and composed in front of goal.

However, it remains to be seen if the Dutchman will bring the veteran straight into the line-up.

Ronaldo is one of the biggest stars in football and likes things to happen in his preferred way.

By contrast, Ten Hag is a man of principle and culture. He handled this critical situation perfectly.

With his firm stance, the dressing room knows that the manager is one who calls shots here. This authoritative stand has been missing for a long while at United.