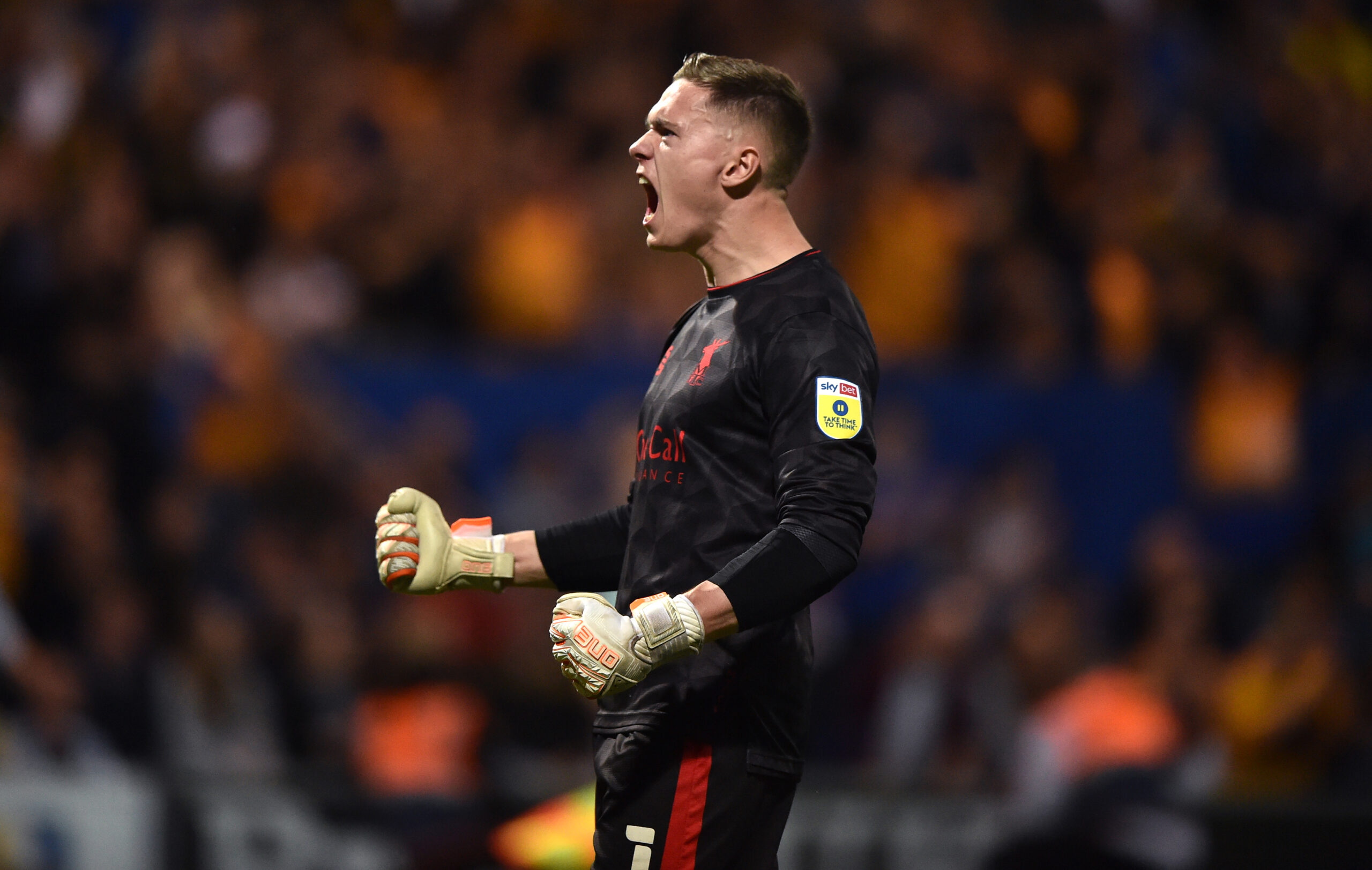 Apart from David De Gea, the other goalkeeping positions at Manchester United have been in flux this summer with players going out on loan or retiring.

Second-choice shot-stopper Dean Henderson is on the verge of joining newly-promoted Premier League side Nottingham Forest on a season-long loan.

Veteran keeper Lee Grant hung up his boots at the end of last season to take up a coaching role at Ipswich Town.

And according to the Manchester Evening News, it’s time for prodigious youngster Nathan Bishop to hit the road for another loan.

After an eye-catching temporary spell at League Two outfit Mansfield last season, the 22-year-old returned to the base this summer.

However, he is not here to stay, as Man United are looking to ship him out on another loan to gain experience and regular first-team football.

Bishop is reportedly close to completing a year-long switch to League One side Wycombe Wanderers.

Last season was nothing short of exceptional for the up-and-coming goalkeeper.

Despite his young age, Bishop racked up 53 appearances while on loan at Mansfield, helping the Stags qualify for the League Two play-off final.

But Nigel Clough’s side collapsed in the Wembley Stadium showpiece, as Port Vale thrashed them 3-0 to earn League One promotion.

Though Clough admitted he would ‘love’ to keep hold of Bishop for another season, he may have to look elsewhere for a new shot-stopper.

Indeed, Man United are keen for their highly-rated youngster to compete in a higher division at his next club.

That effectively rules Mansfield out of the race to land Bishop this summer, paving the way for Wycombe to jump in and steal him away.

Like Mansfield, the Chairboys suffered a play-off heartache when Sunderland ousted them 2-0 in the League One final last month.

But they will, nonetheless, remain in League One, which makes them a more attractive destination.

Wycombe boss Gareth Ainsworth is in the market for a new keeper after finding out his No1 David Stockdale ditched them to link up with Sheffield Wednesday.

Bishop has emerged as Ainsworth’s prefered choice to fill the void and Man United are inclined to fulfil his wish.

Tom Heaton is expected to be United’s #2 goalkeeper after Henderson’s departure, which would either lead manager Erik Ten Hag to use the reserve team’s Matej Kovac as #3 or bring in another keeper on a short-term deal.

Given United’s many transfer window priorities this summer, the former is more likely.