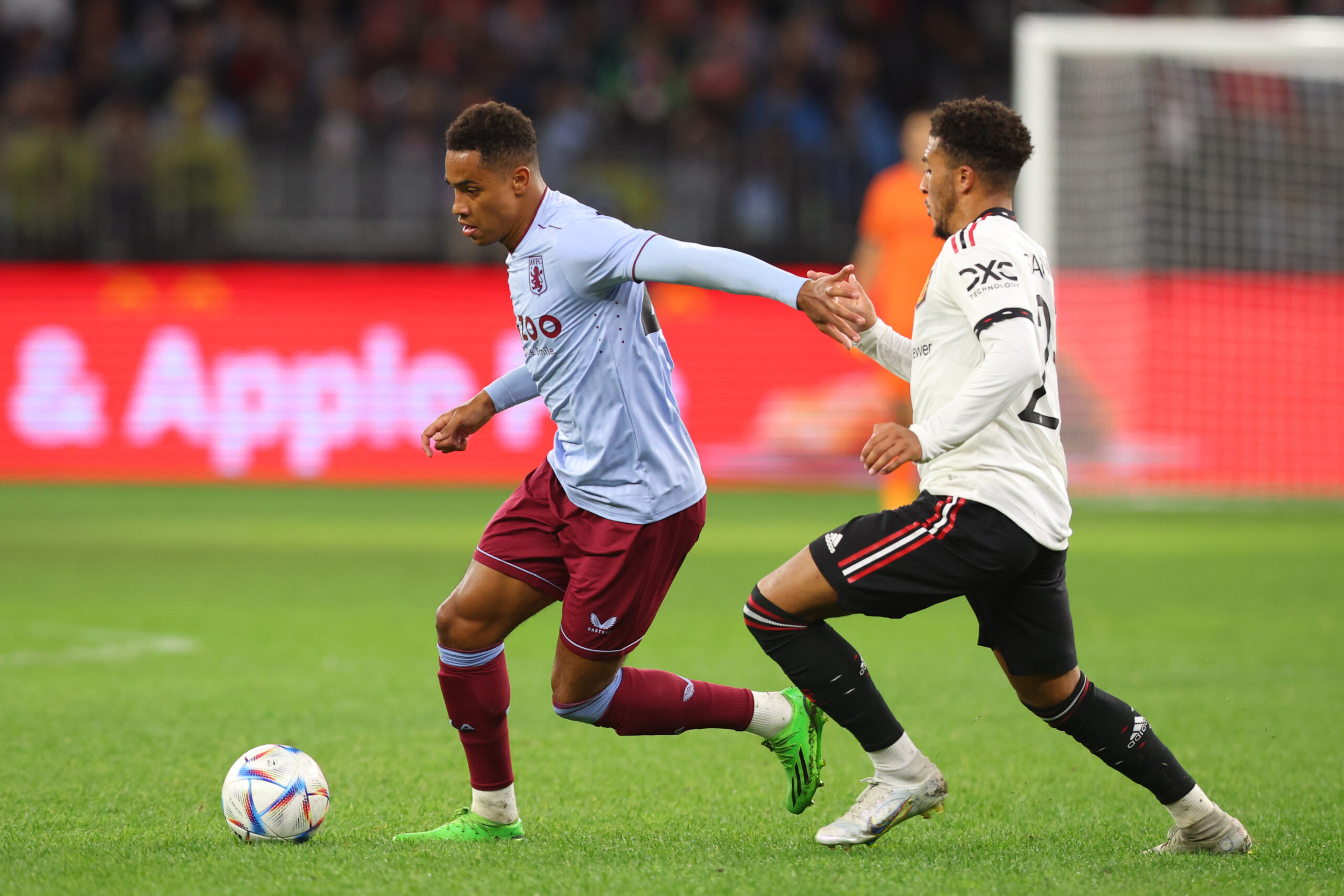 Manchester United played out a 2-2 draw against Aston Villa in their fourth pre-season friendly at the Optus Stadium in Perth.

Erik ten Hag’s men went into the clash looking to make it four wins from four. The Dutch tactician made two alterations to his team from last time out, with Donny van de Beek and Luke Shaw replacing Scot McTominay and Tyrell Malacia.

United kicked off on the front foot and had the first sight of goal five minutes in when Harry Maguire forced a fine save out of Emiliano Martinez.

The Red Devils were at it again shortly afterwards as Jadon Sancho squandered a chance to open the scoring after some good work from Bruno Fernandes.

United’s pressure finally paid off in the 24th minute thanks to a lovely team move which released Luke Shaw down the left to deliver a dangerous cross for Sancho to fire home from close range.

Sancho could have easily grabbed another goal, but a loose touch saw him fumble a glorious opportunity 10 minutes before the interval.

In keeping with his first-half performance, Sancho was involved in his side’s second of the game as his teasing cross found Marcus Rashford, whose effort ricocheted off Matty Cash en route to the back of the net and that proved to be the last meaningful action of the opening 45 minutes.

Villa rang the changes at half-time with Leon Bailey and Emiliano Buendia coming on for Steven Gerrard’s men, who were looking to find a way back into the contest.

Buendia and Bailey combined to halve the deficit within three minutes of the restart as the latter curled a tremendous effort into the far corner.

That set the tone for the rest of the game which United spent largely on the back foot, managing no effort on target and just one overall in the second half.

Harry Maguire produced a heroic block to deny Bailey from levelling the game just past the hour mark, after which David de Gea was nearly punished for his weak attempt to claim a cross.

United managed to preserve their lead and made changes of their own midway through the half, but that did not stop Villa from remaining in the ascendancy.

Deservingly, the Villans drew level in the dying embers of the game when Calum Chambers rose highest to head home from Leon Baily’s sublime delivery.

Off the back of a wonderful display in the first half, United will undoubtedly be concerned with how poor they were in the second half ahead of their next outing against Atletico Madrid in Oslo.