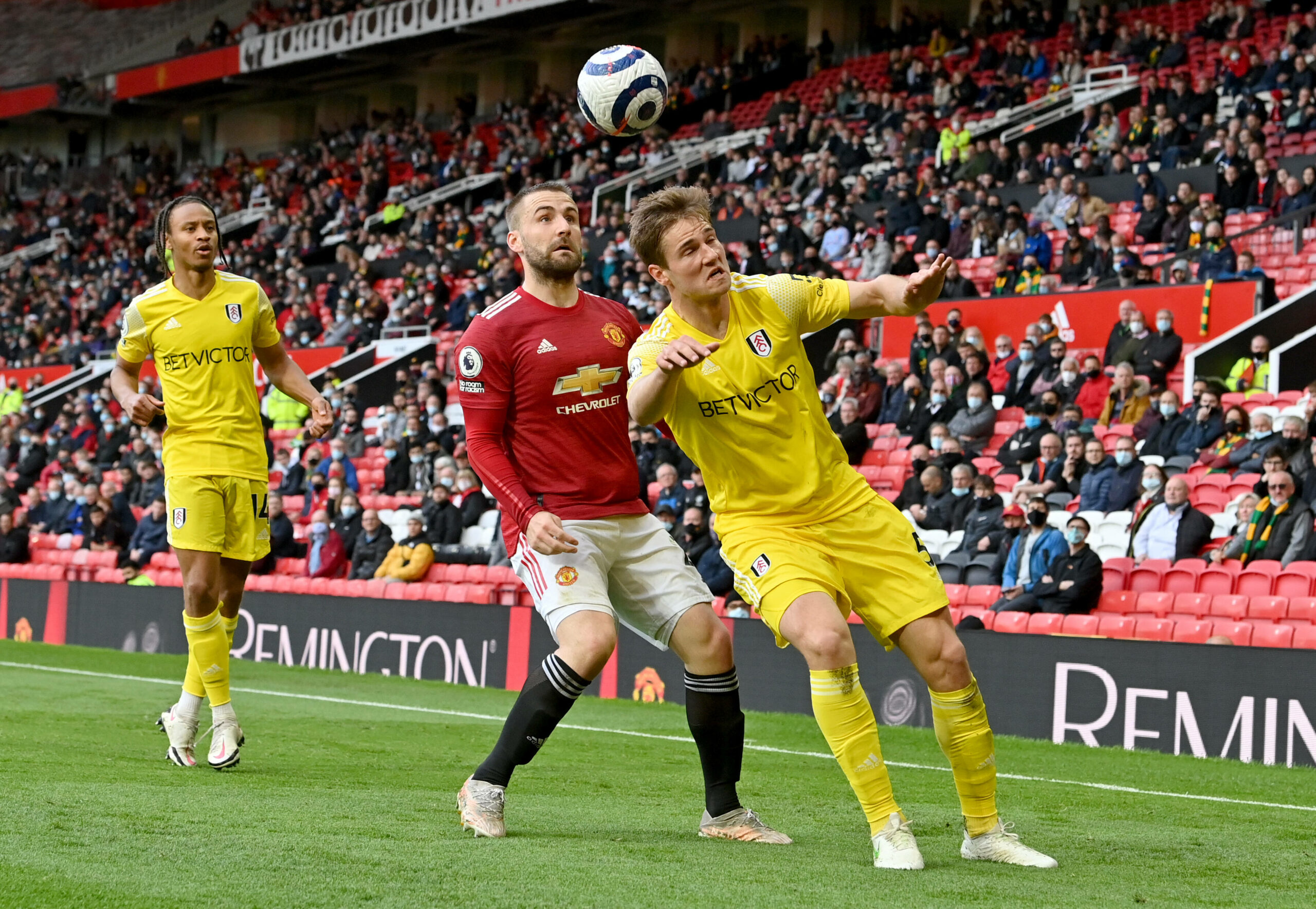 Manchester United defender Luke Shaw has shown that he is a class act by offering help to a Red Devils supporter.

Ole Gunnar Solsjkaer’s side hosted Fulham yesterday in a 1-1 draw as Old Trafford welcomed supporters for the first time in 14 months.

The last few weeks have seen the club faithful protesting against the Glazer family.

They showed up at Old Trafford on Tuesday with banners demanding that the American owners should leave.

They waved green and gold scarves as a symbol of their continued protest.

Shaun Logan, one of the United fans who attended the game, threw the scarf towards Luke Shaw when the defender was preparing to take a corner.

Logan now claims that he was told to ‘leave not long after’ and was also threatened with a potential three-year ban.

He says that he has already paid to travel to Gdansk for United’s Europa League final against Villarreal next week.

Red Devils left-back Luke Shaw directly replied to the supporter’s tweet, offering to “sort it out” with the club.

Solskjaer’s men are due to play the most crucial game of their campaign on May 26 against Villarreal in the Europa League final.

It is the first opportunity for the Norweigan to lift a trophy since taking over from Jose Mourinho two seasons ago.