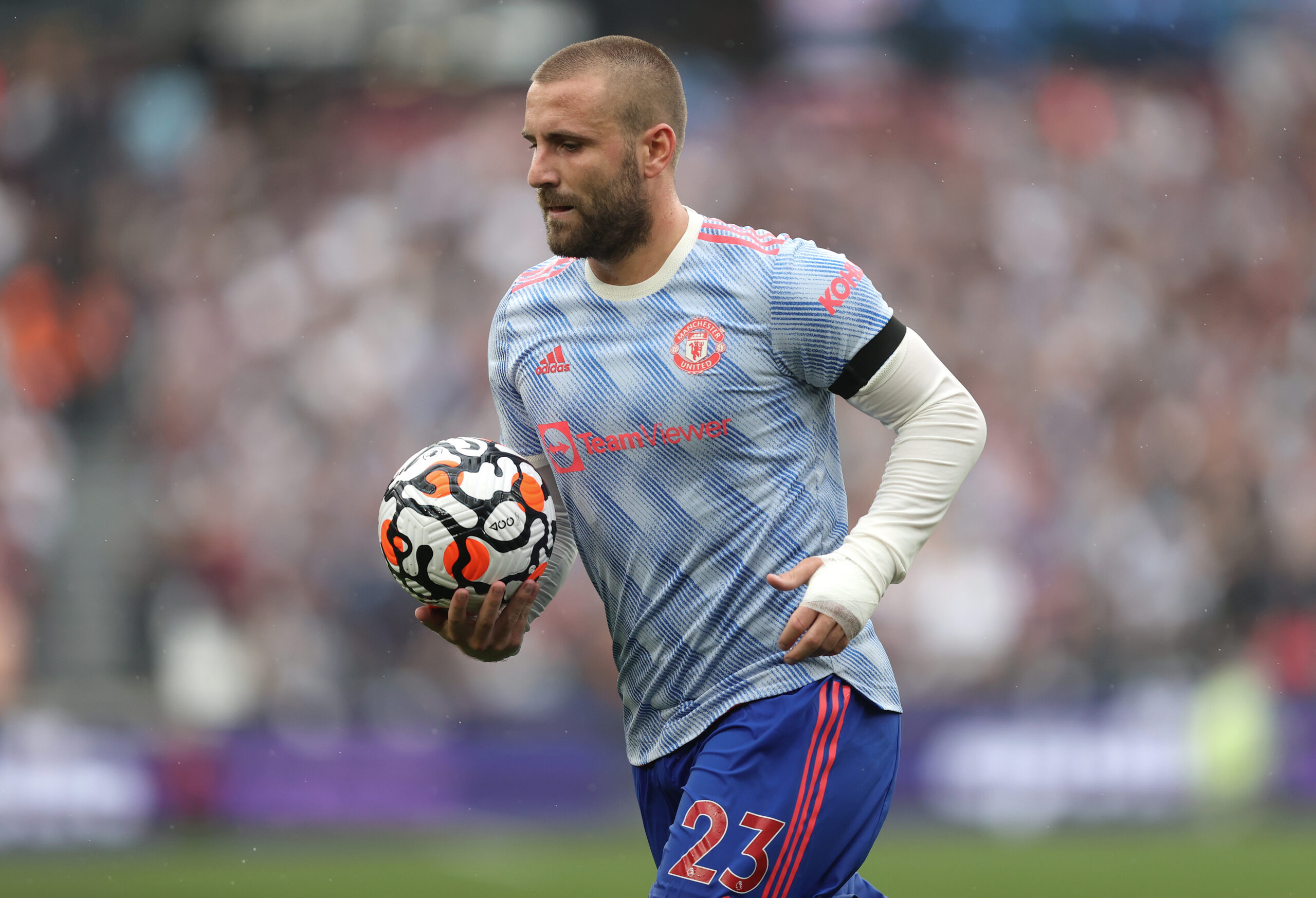 Luke Shaw is prepared to commit his future to Manchester United by signing a new long-term contract, The Guardian reports.

The England international had an impressive 2020/21 season for the Red Devils, making 47 appearances from the left-back position.

Shaw has not replicated the showing this term following an excellent Euro 2020 campaign, but he remains a key player.

It is now reported that he is prepared to commit to a new deal with a pay rise. His current £150,000-per-week contract expires in June 2023 with an option for another 12 months.

Shaw managed seven goal contributions during the previous campaign for United, and has almost matched that tally this term (5). However, the concerns have rather lied defensively.

The 26-year-old has been prone to positional errors and lapses in concentration that have contributed to multiple goals. However, he is not the only one to blame with the entire backline struggling for consistency.

The arrival of Alex Telles in the summer of 2020 transformed the fortunes of Shaw, who stepped his game to the next level.

After a starring role at the Euros, he has not quite delivered the same level of performances.

However, the England star has continued to remain a regular at the back when fit and available, and United’s hierarchy will no doubt want to commit him for the long-term despite his patchy form lately.

Shaw has not been helped by a couple of injuries this campaign. He will be hoping to have a strong end to the season as United push for a top-four Premier League finish and potential Champions League glory.

Man Utd have offer on the table for Ronald Araujo
Predicted Man Utd line-up vs Tottenham, Varane and Matic start