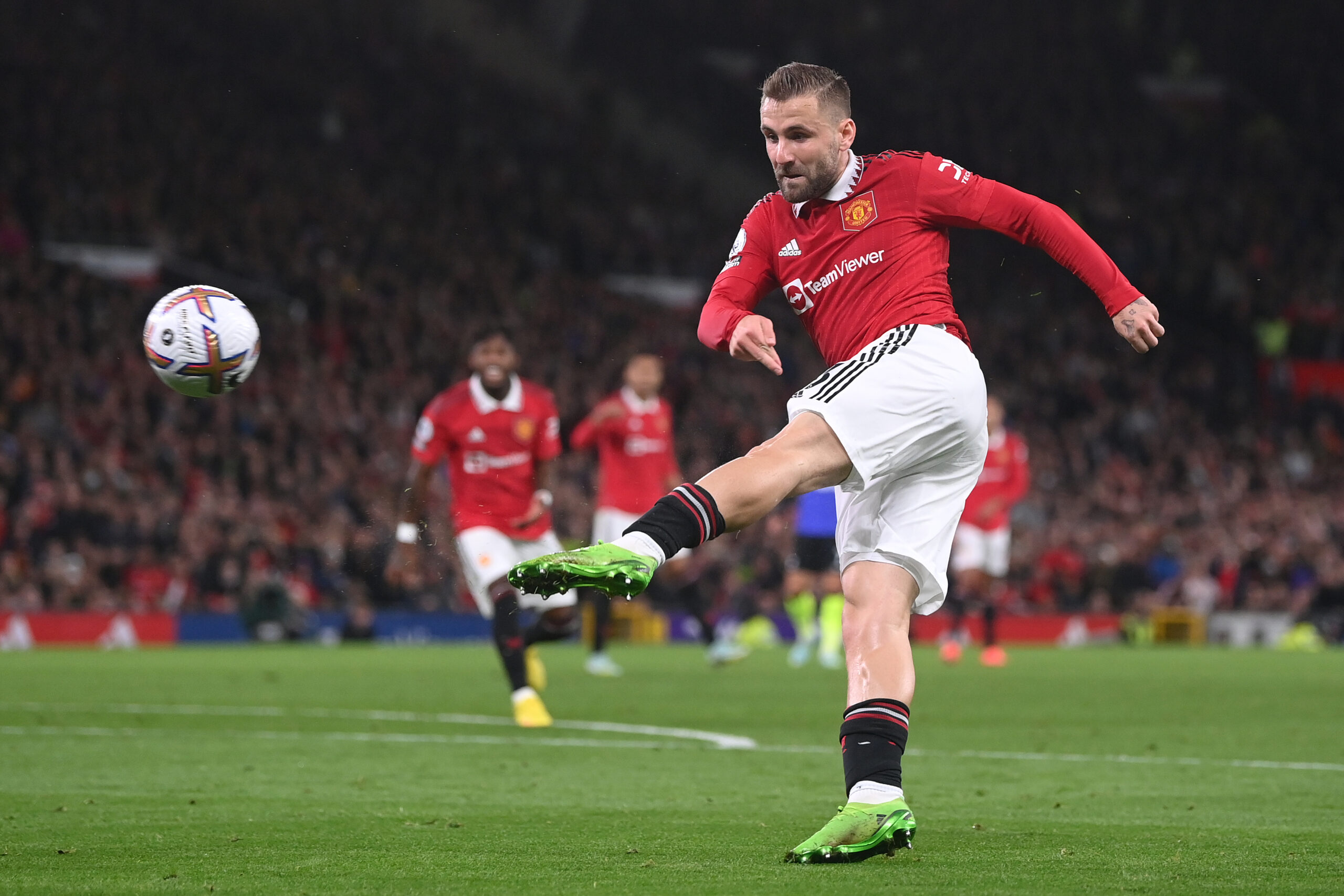 Manchester United ace defender has admitted that Erik ten Hag has given license to the full-backs to take up attacking positions.

The new manager has a different style of play compared to the other managers hired after Sir Alex Ferguson’s retirement.

Full-backs are a massive part of modern football and Ten Hag is utilising them efficiently.

Speaking to ManUtd.com, Luke Shaw revealed that the manager gives them special instructions about the role they have to play every game.

“Like I say, he changes that game by game, and sometimes we have to adapt if we are a bit more higher or a bit more lower [on the pitch]. Sometimes he likes us full-backs to come inside and get on the ball in the middle.

”I think at the moment we are really enjoying that and becoming a bit more freer, and [we can] go into more positions and help the team in attack.”

Luke Shaw has earned his place back in the XI

The England international was dropped to the bench after a horror start to the season.

United conceded six goals in the first two Premier League games. Shaw was to blame for a few of those due to poor decision-making and positioning.

Tyrell Malacia was handed an extended run in the side before his poor outings against Manchester City and Omonoia forced Ten Hag to reintegrate Shaw into the line-up.

Since then, the 27-year-old has produced improved performances and won the race for the left-back spot.

The new gaffer wants his full-backs to take attacking positions so the team can sustain pressure on the opposition.

Wingers have been asked to stay wide, and the full-backs take positions in midfield.

This helps the Red Devils squeeze any gaps and win second balls.

In the game against Tottenham Hotspur, Shaw had 110 touches of the football.

He finished the game with a staggering passing accuracy of 91% and won 100% of his aerial duels.

Shaw has thrived whenever he faced robust competition for his place.

Alex Telles arrived with a big reputation from Porto but Shaw pulled up his socks and performed well to retain his spot.

The same happened this time when Malacia ousted him, but he successfully fought his way back into the team.