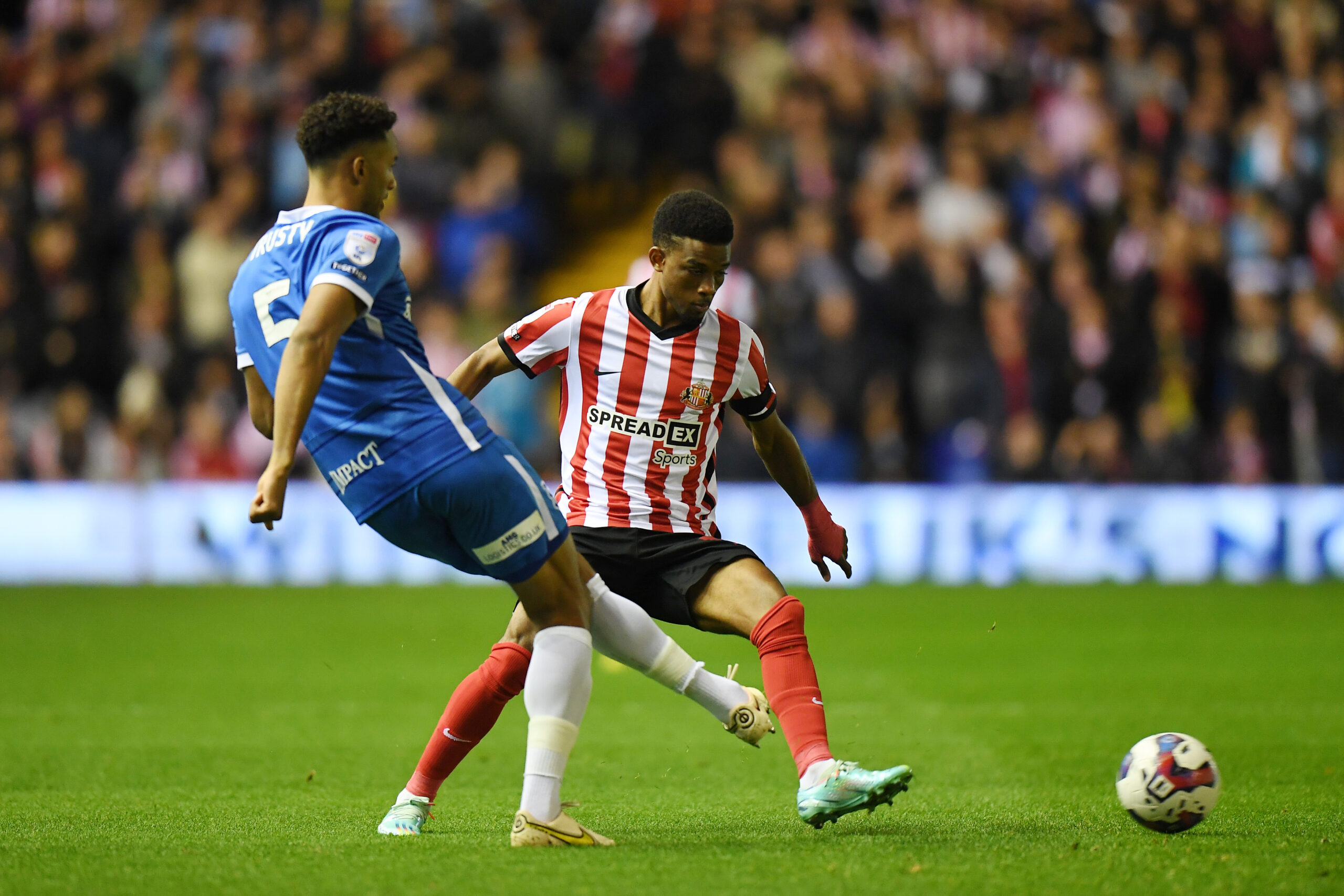 After an adaptation phase, Amad is now one of the first names on the team sheet at Sunderland and has begun showing glimpses of the quality United paid for in 2020.

The Ivorian put out a man-of-the-match display against Birmingham City last week, providing the assist for the opening goal before scoring a stunning winner as the Black Cats went on to win 2-1.

Hannibal was in the Birmingham side that struggled to contain Amad last Friday, starting the game before being substituted in the second half.

The teenager will now be looking to put that behind him as he heads to the World Cup with Tunisia.

Henderson joined Nottingham Forest in the summer partly to revive his international career but was excluded from England’s squad for the World Cup.

However, the 25-year-old helped Forest gain a 1-0 win over Crystal Palace on Saturday and will be looking to continue his good performances for the newly-promoted side.

After being named on the bench in back-to-back games for Sevilla, Telles returned to the starting XI against Real Sociedad last week and provided the assist for the Blanquirrojos’ sole goal of the game as they went on to lose 2-1.

The left-back was an unused substitute in Sevilla’s Copa del Rey game on Sunday and will join United trio Fred, Casemiro and Antony at the World Cup for Brazil.

Laird has been ever-present for Queens Park Rangers this season, making his 17th league start of the season last weekend.

He played all 90 minutes for the Rangers in their 2-0 defeat to Coventry City on Saturday.

After nine straight starts for Preston North End, Fernandez has been named on the bench in the Lilywhites’ last three matches.

He came in off the bench midway through the second half against Millwall but was unable to prevent Preston’s 4-2 defeat.

Other loan departures include Eric Bailly, who is out with an injury, Matej Kovar, who kept a third straight clean sheet in Sparta Praha’s 1-0 win over Dynamo Ceske, and Ethan Galbraith, who played 90 minutes for Salford City in their goalless draw against AFC Wimbledon on Saturday.

Hannibal Mejbri called up to Tunisia squad for World Cup
‘They don’t care’: Cristiano Ronaldo hits out at Man Utd owners the Glazers