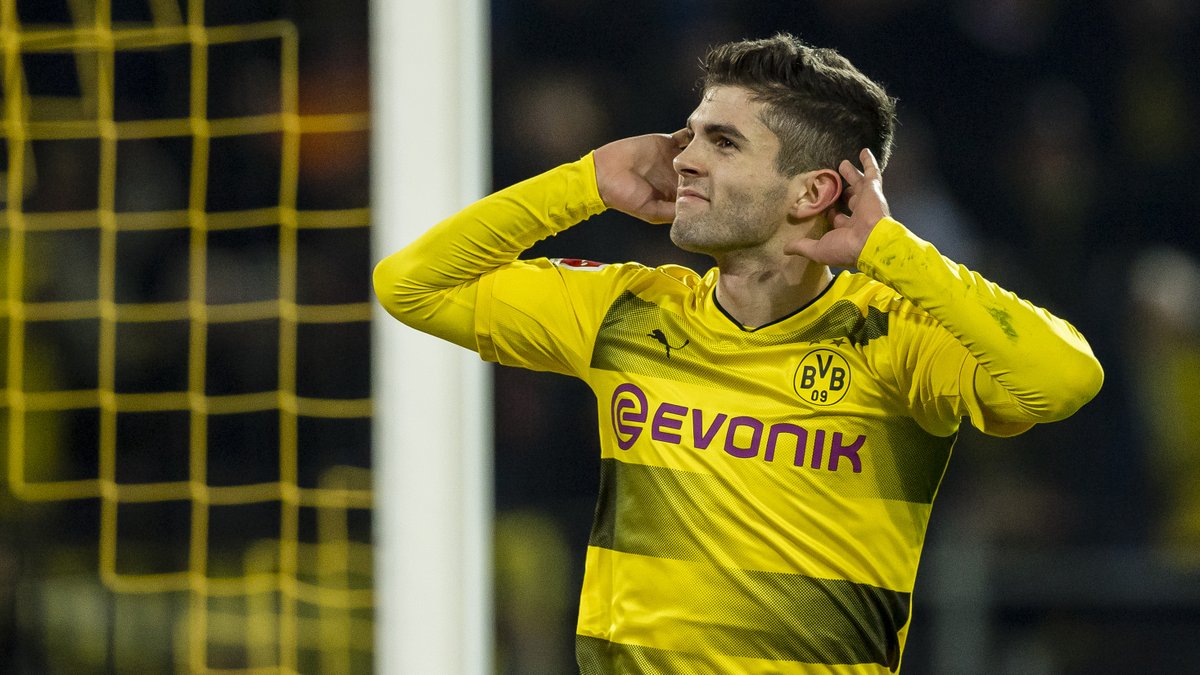 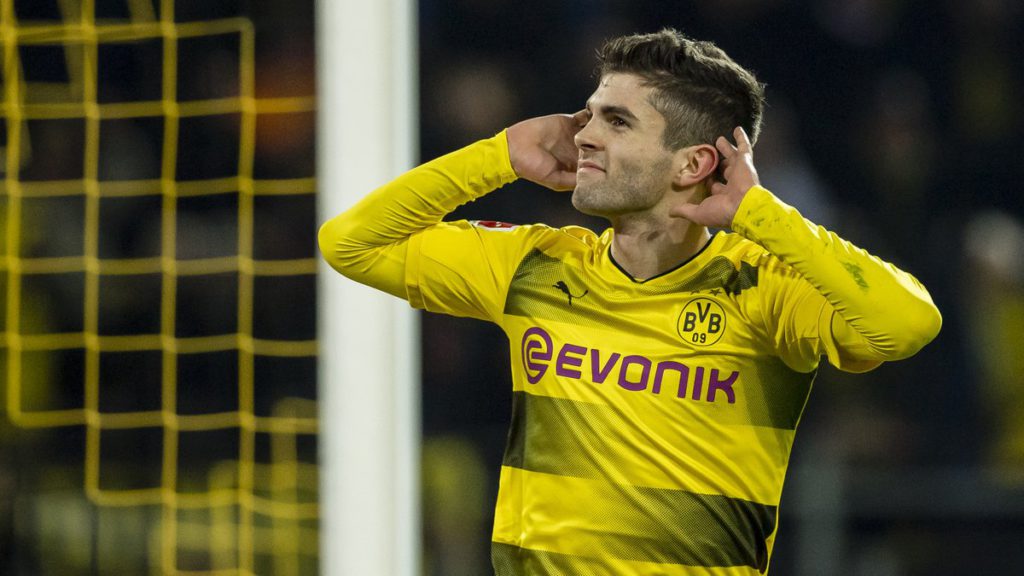 Manchester United have been linked with a number of players since the close of the January transfer window.

It’s no secret that Jose Mourinho is going to sign a number of fresh faces over the summer, with most of these expected to be defenders and central midfielders.

We have also been linked to the odd attacking player.  Back in February it was reported that we were interested in Borussia Dortmund’s Christian Pulisic.

The 19-year-old attacking midfielder is an excellent talent with great dribbling ability.  He has scored four goals and setup five for teammates in his 30 Bundesliga appearances (25 starts) so far this season.  However, his decision making in the final third still has room for improvement.

Should we make a move for the American international then it is expected that we would face competition from Premier League rivals Liverpool as the Mirror are reporting that Reds boss Jurgen Klopp wants to come in with a third offer for Pulisic.

Klopp has failed with two previous attempts to sign the player from his former club, but with little more than two years left on his contract at Signal Iduna Park, Christian Pulisic could be available this summer.

On Thursday the Express reported that Liverpool were preparing an offer of £53 million for the versatile attacking midfielder.

We shall have to wait and see whether ourselves or Liverpool come in for an offer for the highly-rated teenager over the summer or whether Borussia Dortmund are able to agree a new contract with their talented player.

There is no doubt that Christian Pulisic has a bright future ahead of him and given that Jose Mourinho hasn’t been settled on a right winger, the American could be an option for him.