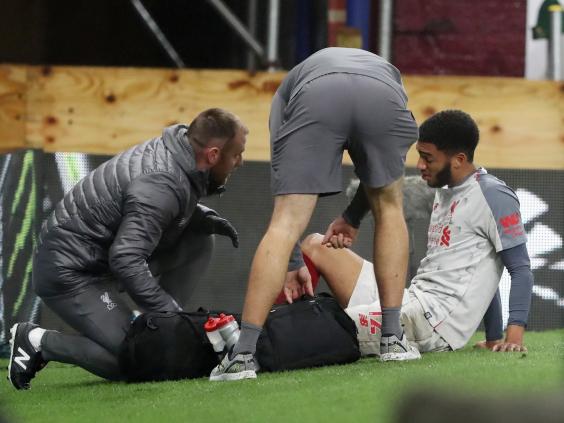 Manchester United return to Premier League action on Sunday to face Liverpool at Anfield four days after our Champions League outing to Valencia. You can use this Ladbrokes bonus code to bet on the game, one that the visitors are serious underdogs for.

The hosts have had an extra day’s rest having played Napoli at home on Tuesday in their European tie during the week.

Whilst Jose Mourinho has a number of injury problems of his own, the Merseyside club have a long list of their own before the two English giants clash this weekend. The following are all unlikely to face us:

The centre-back is not expected to return to action until late January at the earliest. However, he’s never looked very good since joining Jurgen Klopp’s side on a free transfer so their fans are probably happy about this news. It could be seen as a blow for us. However, it means Dejan Lovren will probably start which is excellent news.

Liverpool were handed a blow this week when impressive youngster Joe Gomez was confirmed to be out until the new year with an ankle injury. The Englishman had been forming a good centre-back partnership with Virgil van Dijk this season.

The right-back has been sidelined all season just like he was for most of the last campaign. In that time Joe Gomez and Trent Alexander-Arnold have both impressed in the right-back spot. Don’t expect the former-Southampton man to feature against us.

The teenager has missed the past couple of injuries but could make his return against us. Whether Jurgen Klopp will throw Trent Alexander-Arnold into the fire if he’s not fully fit remains to be seen though. James Milner could start at right-back instead.

Alex Oxlade-Chamberlain picked up a long-term injury before the World Cup and is still sidelined. Liverpool have a wealth of depth in their midfield and have got by just fine so far this season without the former-Arsenal man.

Another player sidelined all season for Liverpool is young striker Dominic Solanke. He’s not in a position to return to face us either. Solanke’s absence has seen Daniel Sturridge and even Divock Origi being given game tine during the busy periods.