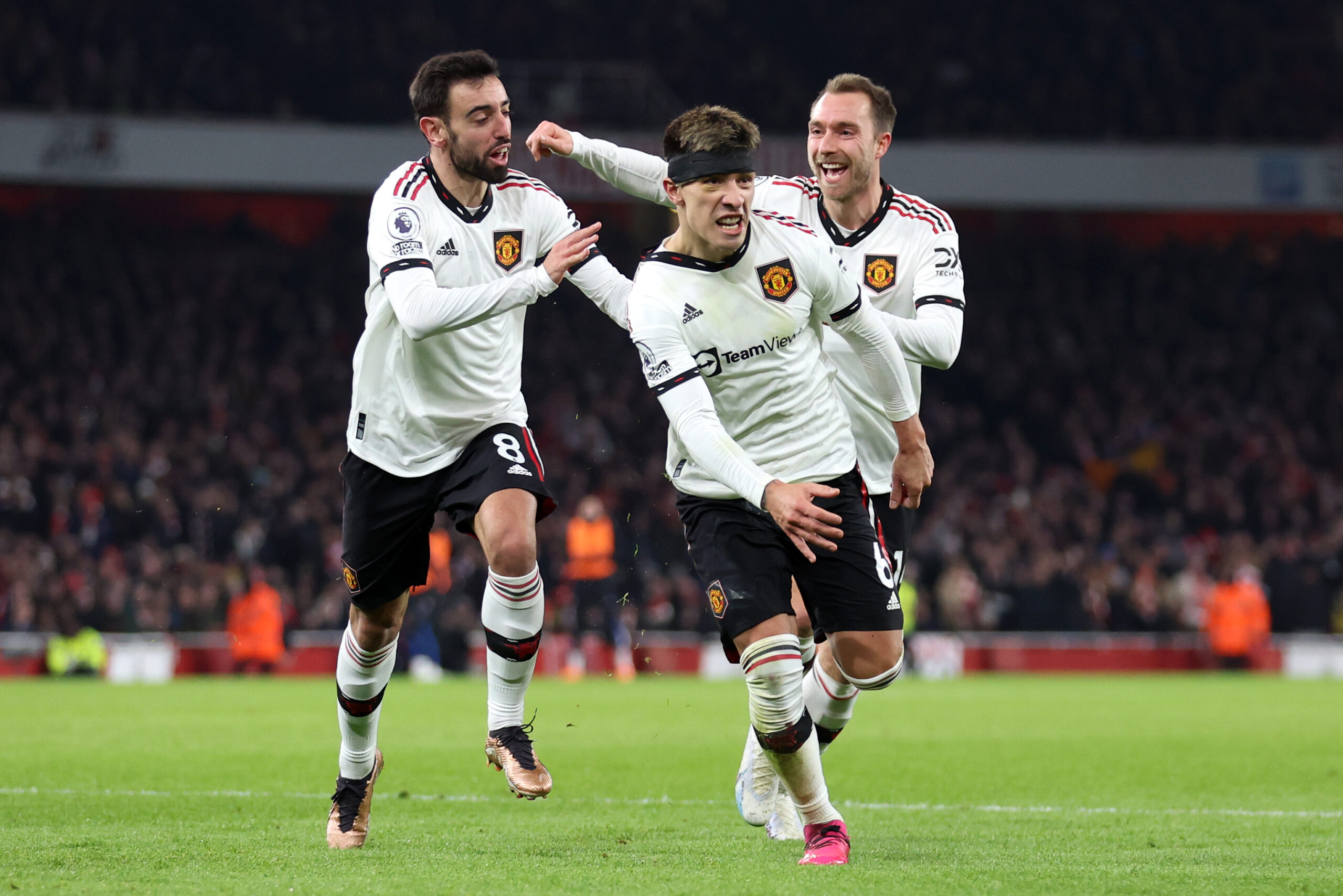 Lisandro Martinez was a stand-out performer for Manchester United during their 3-2 Premier League defeat to Arsenal at the Emirates Stadium on Sunday.

The Red Devils had an even opening half with the Gunners. Marcus Rashford scored with a brilliant strike from outside the box in the 19th minute, but Eddie Nketiah levelled the scores within four minutes.

Another long-range shot from Bukayo Saka made it 2-1 for the Gunners in the 53rd minute, but Martinez pulled United level at the hour mark. The World Cup winner scored with a superb looping header.

Then onwards, it was the Gunners who piled on the pressure. David de Gea made a sublime reflex save to deny Nketiah, but the Englishman eventually bagged the winner from close range in the 90th minute.

Aaron Wan-Bissaka, who was at fault for the Gunners’ opening goal, played Nketiah onside.

A late defeat is obviously difficult to take but there were some positives from the game. Rashford was once again lively. Aside from his goal, he induced a tremendous save from Aaron Ramsdale.

However, Martinez was definitely the best player for United in our view with a superb all-round showing.

Aside from his debut goal, the Argentine was brilliant with his line-breaking passes. He had 75 touches over 90 minutes with 52 accurate passes. This included an impressive seven long balls.

The 25-year-old also won four duels alongside two tackles, three clearances and four interceptions. Despite his efforts, United could not get anything from the game at the Emirates Stadium.

The loss is a reality check for the club. They are now 11 points behind leaders Arsenal, who have a game in hand. A title race looked a possibility last weekend but the hopes have been dashed.

United must now respond strongly on the back of one point against Palace and Arsenal. The club still have work to do to finish in the top four. Tottenham Hotspur are six points behind them in fifth.

Stats from Transfermarkt.com and Sofascore.com