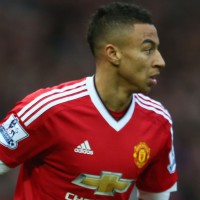 Jesse Lingard has urged Manchester United to maintain the same approach they adopted in their 3-1 win against Derby County in the fourth round of the FA Cup on Friday.

United, so often this season criticised for an overly cautious approach, took the game to the Championship outfit, looking to attack from kick off and producing some nice, slick attacking football throughout the game.

“It was really positive. We started on the front foot, we played with freedom and I think we excited the fans,” said Lingard.

“We have to press teams in most games now, put them on the back foot and force mistakes, then we can get the second ball and start playing football.

Wayne’s goal settled our nerves but they equalised before the break so we had to come out in the second half with the confidence to keep playing our football.”

Lingard also praised United’s boisterous away support, as the 5,472 reds in the away end made themselves heard throughout the 90 minutes at the iPro Stadium on Friday night.

“I read that it was our biggest away end of the season. Our fans are always great – win, lose or draw, they’re always there to support us and the lads really appreciate it.