Leicester City vs Manchester United: Three talking points before the game as Brendan Rodgers at risk of being axed 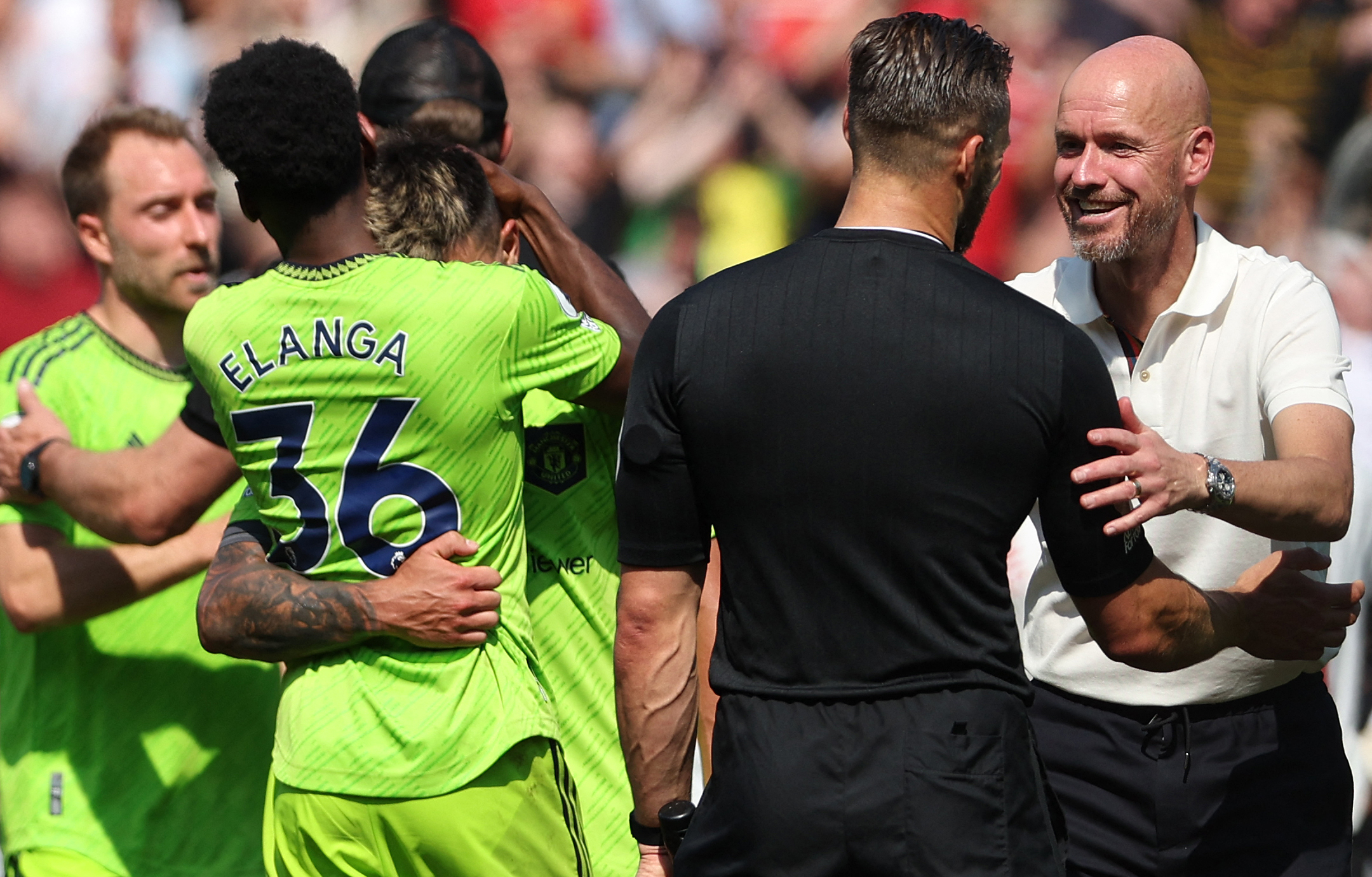 The Red Devils are looking to extend their winning streak to three games, after victories over Liverpool and Southampton.

Erik ten Hag encountered the worst possible start to the Premier League as his team were defeated by Brighton & Hove Albion and Brentford.

Leicester are yet to find their feet this season and are bottom of the table with just one point.

This game has an extra spice as both the managers will have a squad they can count on, as the summer transfer window closes before kick-off.

Here are three talking points everyone will have an eye on before the game.

The Foxes have had a terrible summer window. They allowed their goalkeeping ace Kasper Schmeichel and best defender Wesley Fofana to depart without proper reinforcements.

Brendan Rodgers was reluctant to sanction Fofana’s departure but a £75 million bid from Chelsea was deemed too good to decline.

The deal will improve Leicester’s books but it will leave Rodgers short of quality options at the back.

They are in the market to sign a new defender but, with little time left in the transfer window, it will be a tough task to get a decent replacement.

Martin Dúbravka may be the last signing for United, adding depth to the goalkeeping department, while a right-back has been mooted if Aaron Wan-Bissaka can find a new club.

The former Ajax gaffer wanted new faces at Old Trafford throughout the summer.

However, United were slow with their approach to signing players.

Their horrific start to the season proved to be a catalyst as they recruited Casemiro and Antony.

Martinez, Malacia and Eriksen have already impressed in the last two outings.

Casemiro and Antony are coming in with a huge price tag which will pile more pressure on them.

The manager will also feel some of that stress with the club spending big over the past few days.

Despite the rumours, Cristiano Ronaldo looks set to stay at Old Trafford.

The new boss now has a squad which can compete against top teams. A top-four finish is a must.

Brendan Rodgers to be sacked soon?

The Foxes are bottom of the Premier League table, making Rodgers’ position vulnerable.

Not only the results, but the performances from his team have been poor too.

They had a golden chance to get some points against 10-man Chelsea but failed to get the better of them.

The Premier League is an unforgiving place for managers.

The latest victim of these high demands is Scott Parker who was sacked by Bournemouth after just four games.

Leicester are in a bad place and Rodgers is the hot favourite to be axed next. A defeat against United may just bring him to the brink of sacking.