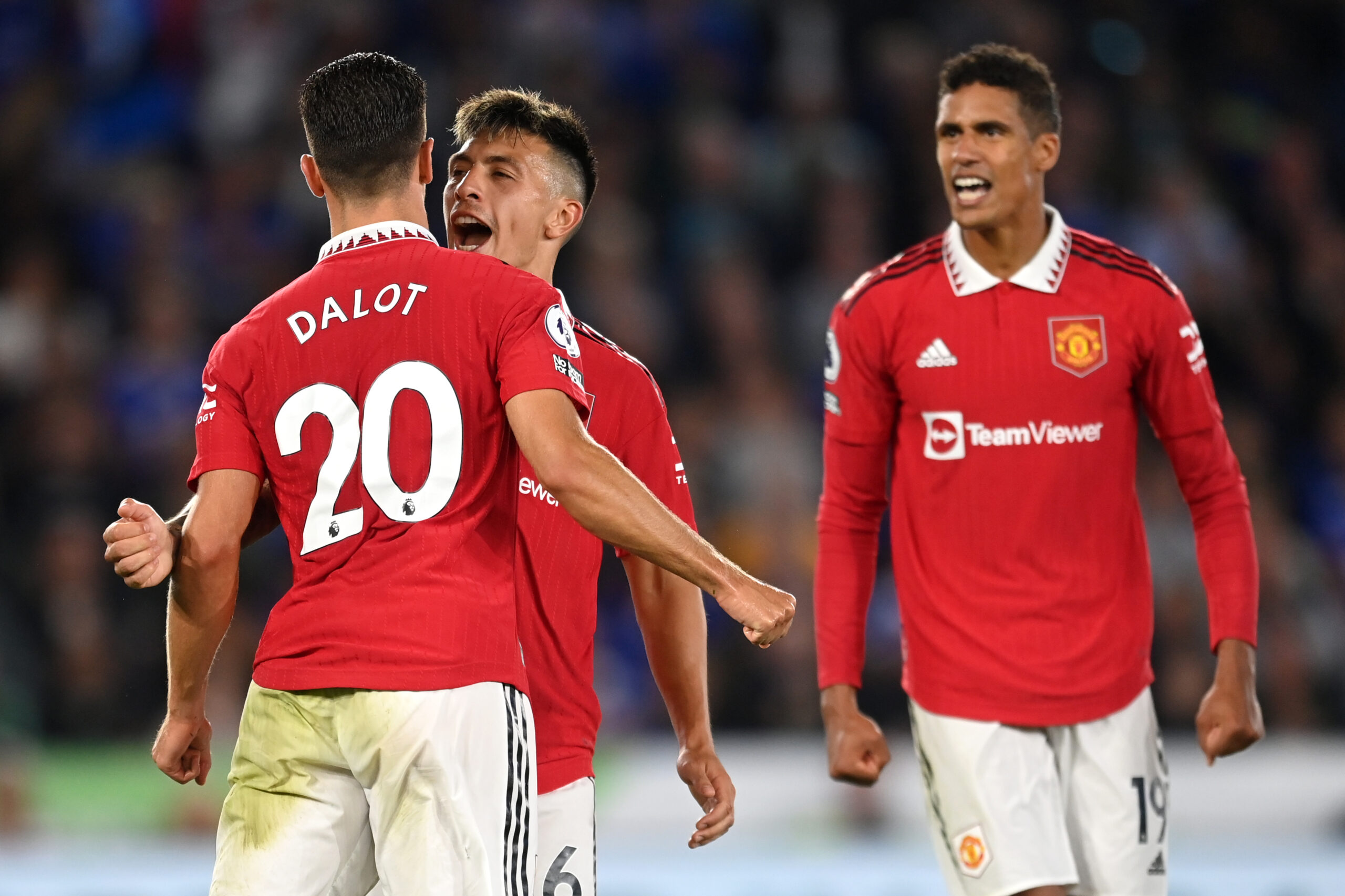 Harry Maguire, Cristiano Ronaldo and Casemiro settled for space on the bench yet again.

United dominated the first half by moving the ball much quicker and with attacking intent.

Marcus Rashford played a deft pass into Jadon Sancho’s path, who rounded the goalkeeper to slot the ball back into the net.

It was a proper team goal as Diogo Dalot and Bruno Fernandes played a crucial role in the build-up.

Leicester came back strongly in the second half.

James Maddison forced a fantastic save from David de Gea via a setpiece.

James Justin got a decent chance in the injury time to bring the score to parity but skied his effort over the crossbar.

Here are our three talking points from this clash.

Another win built on defence

Erik ten Hag was a defender during his playing days and he is aware of the importance of clean sheets.

United have now kept back-to-back clean sheets which makes this victory even sweeter.

For the third game running, the back four was immense.

Every time a tackle was made, they celebrated it as scoring a goal.

Diogo Dalot was running up and down the right flank, helping in defence as well as supporting his team to attack.

He was cautioned early in the game but kept his cool while defending against skilful Harvey Barnes.

The rule from the Dutchman seems to be very clear. If you don’t allow the opposition to score, you won’t lose.

Brendan Rodgers could not have started this campaign more poorly.

He lost his best defender and ace goalkeeper in the summer window, without getting any appropriate replacements.

This has made the mood at the King Power Stadium slightly bitter.

After five games, they are rock-bottom at the league table with just a solitary point.

Jamie Vardy looks to be a shadow of his former self.

Youri Tielemans does not look settled with all the transfer speculation that went around him in the previous two months.

Rodgers needs to find a solution to get his side back on track quickly.

If not, the voices demanding his exit will grow even louder.

Hopefully, the closing of the transfer window will help stabilise things.

A step forward for Jadon Sancho

Sancho finished his strike with aplomb which ultimately proved to be the match-winning goal.

It was his second goal for United this season, after getting off the mark against Liverpool two weeks back.

The 22-year-old is benefitting from the clarity provided by the new gaffer.

He had his first pre-season with the Red Devils, missing last time around due to a late transfer to Old Trafford.

Having worked hard in the pre-season, Sancho looks much fitter.

He is still from his best but this upward trajectory of his performances is giving out a positive outlook on the season ahead.

A stern test awaits United next as they face off with table-toppers Arsenal.