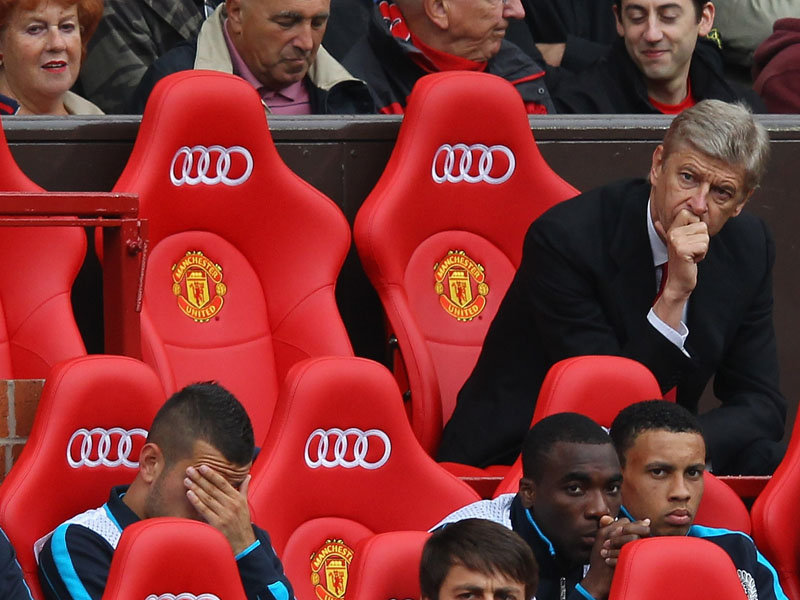 Legendary Arsenal manager Arsene Wenger revealed that he rejected an offer to take over at Manchester United.

Talking to Four Four Two in an exclusive interview, he revealed :

“City never, United yes – I cannot tell you exactly when!”.

“No, because I was at Arsenal. You know, I had a real love story with Arsenal. My life is red and white. I felt when I came to the club that there was this special charm inside it. It was a good mixture between respect for tradition, respect for people, and not being scared to sometimes face unpopular judgments.”

The former Gunners boss revealed that he was never offered a job to take over at Manchester City.

Though Wenger did not reveal when he was approached to take over at United,It is believed to have been when Sir Alex Ferguson nearly retired in 2002.

This is also supported by Martin Edwards.

Edwards was the Chairman of Manchester United at that time. He wrote in his autobiography that Wenger would have been the club’s first choice had Ferguson retired in 2002.

Though, Ferguson did not retire and both managers went on to create unthinkable legacies at their respective clubs.

Ferguson went on to win 17 more trophies at Man United, including 6 Premier leagues and a UEFA UCL whereas Wenger lead Arsenal to Premier League’s only invincible season in 2004.

We can read about this and only think about what could have been.