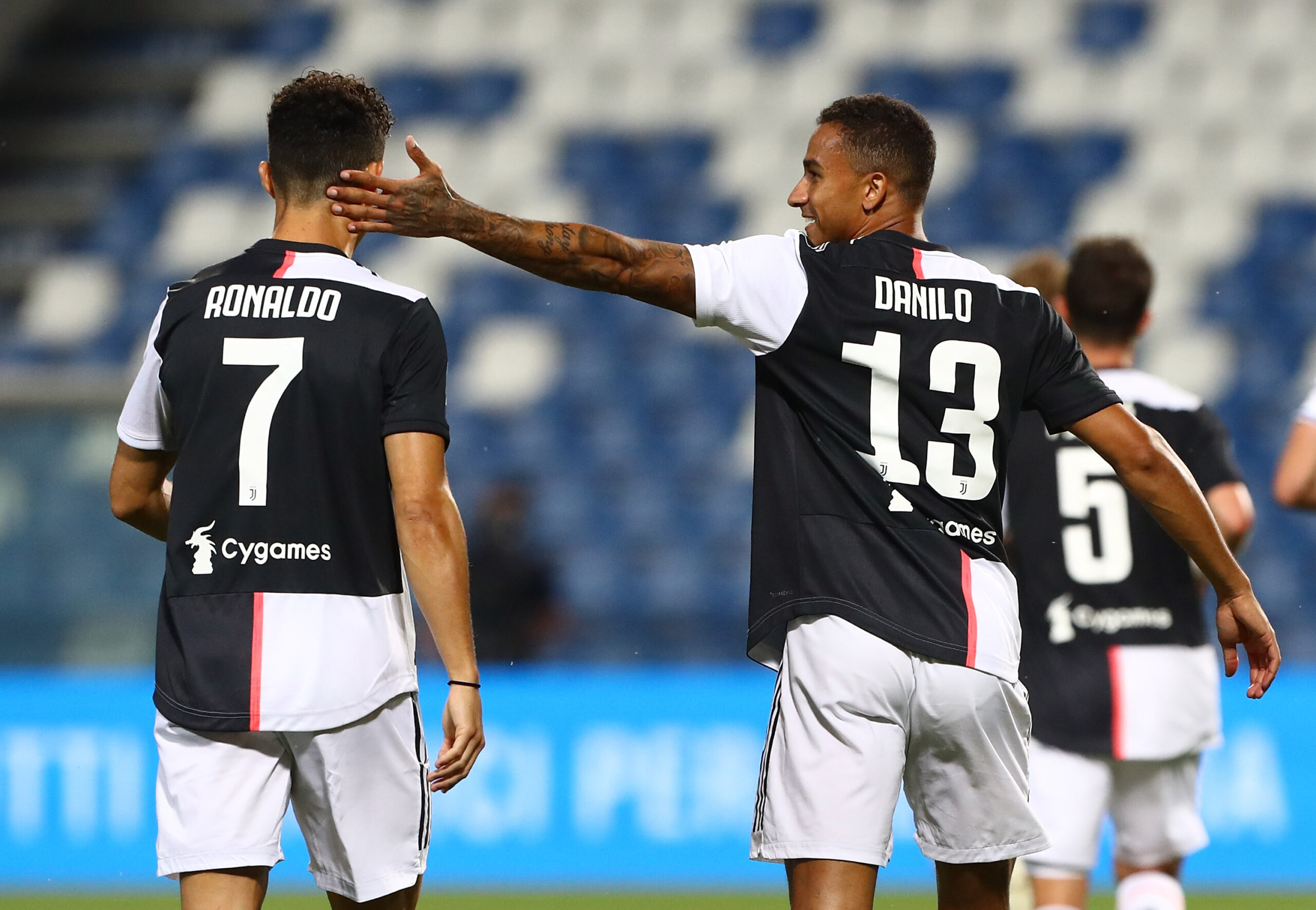 Juventus right-back Danilo insists the record-time Italian champions will thrive without Cristiano Ronaldo despite their stuttering start to the new Serie A season.

Ronaldo brought his three-year stint in Turin to a halt in the final days of the summer transfer window to return to Manchester United.

Despite spending just three years at the Allianz Stadium, the five-time Ballon d’Or winner made Juventus depend on his displays, and his departure has caused all sorts of problems for the Bianconeri.

Massimiliano Allegri’s return to the helm was expected to reinvigorate the fallen giants, but it looks like they cannot catch a break without Ronaldo.

Juventus have experienced a thoroughly disappointing start to the season, picking up just five victories from their opening 12 Serie A fixtures.

With the leading duo, Napoli and AC Milan, harbouring a whopping 14-point lead over Allegri’s side, Juve’s hopes of retrieving the league crown already look far-fetched.

Danilo, who shared the pitch with Ronaldo at Real Madrid before reuniting with the Portuguese ace in Italy, puts down Juventus’ struggle to the 36-year-old’s exit.

“Any team would miss Cristiano Ronaldo and all the sides he left have suffered his absence,” Danilo told Goal Brasil, as relayed by Tuttosport.

“The years go by and he remains dominant. With him, every chance is a goal, the numbers don’t lie and he is extremely competitive.

“I learned a great deal from playing with Ronaldo at Juve – we still talk today and wish each other good luck before games, every now and then.

“We will continue to miss him, of course, but Juventus have the capacity and the DNA to get back on track even without Ronaldo and achieve victories with hard work and sacrifice. And Cristiano knows that.”

Do Man United already depend on Ronaldo?

Although we are only a few months into Ronaldo’s second spell at Old Trafford, it already looks like Man United have developed a fair degree of dependence on the Portugal captain.

Under-pressure manager Ole Gunnar Solskjaer has CR7 to thank for still being in charge, while the Red Devils supporters continue to worship their hero for his iconic Champions League showings.

Ronaldo is single-handedly responsible for United’s successful European campaign, as his goals have brought his side all seven points in Group F.

After scoring late winners against Villarreal and Atalanta, the ex-Madrid stalwart notched up a brace, including a last-gasp equaliser, to hand United a 2-2 draw in Bergamo last time out.

Ronaldo has been a rare shining light in United’s otherwise underwhelming start to the season, scoring some crucial goals in the Premier League too.

His stunning volley to open the scoring in a 3-0 win over Tottenham Hotspur paved the way for the Red Devils’ triumph in London back in late October.

Even though Solskjaer boasts one of the most devastating attacking ranks in European football, everyone relies on Ronaldo to produce something special.

Ronaldo’s return has somewhat suffocated Bruno Fernandes and Paul Pogba, who seemed to have forged a formidable partnership at the tail-end of last season.

Only Marcus Rashford and Mason Greenwood have managed to take a piece of the spotlight alongside the superstar forward.

That could be a massive concern moving forward.

Danilo’s words are not far from the truth.

You don’t have to look beyond Madrid’s struggle in the post-Ronaldo era to understand the extent of the veteran’s influence at the Santiago Bernabeu.

It is not just about the numbers. Replacing a player who guarantees 25+ goals per season is challenging enough.

But it’s Ronaldo’s unique mindset and his ability to translate his winning mentality to his teammates that makes him so indispensable.

It comes as no surprise that Ronaldo’s teams often succumb to his individualism, knowing he will repay that sacrifice with goals and titles.

But what after he leaves?

Ronaldo is already in the autumn of his career, and although he still has a couple of years left in the tank, United need to look at the bigger picture.

Instead of tucking themselves in the comfort zone of his brilliance, the Red Devils should learn from Juventus’ mistakes before it’s too late.